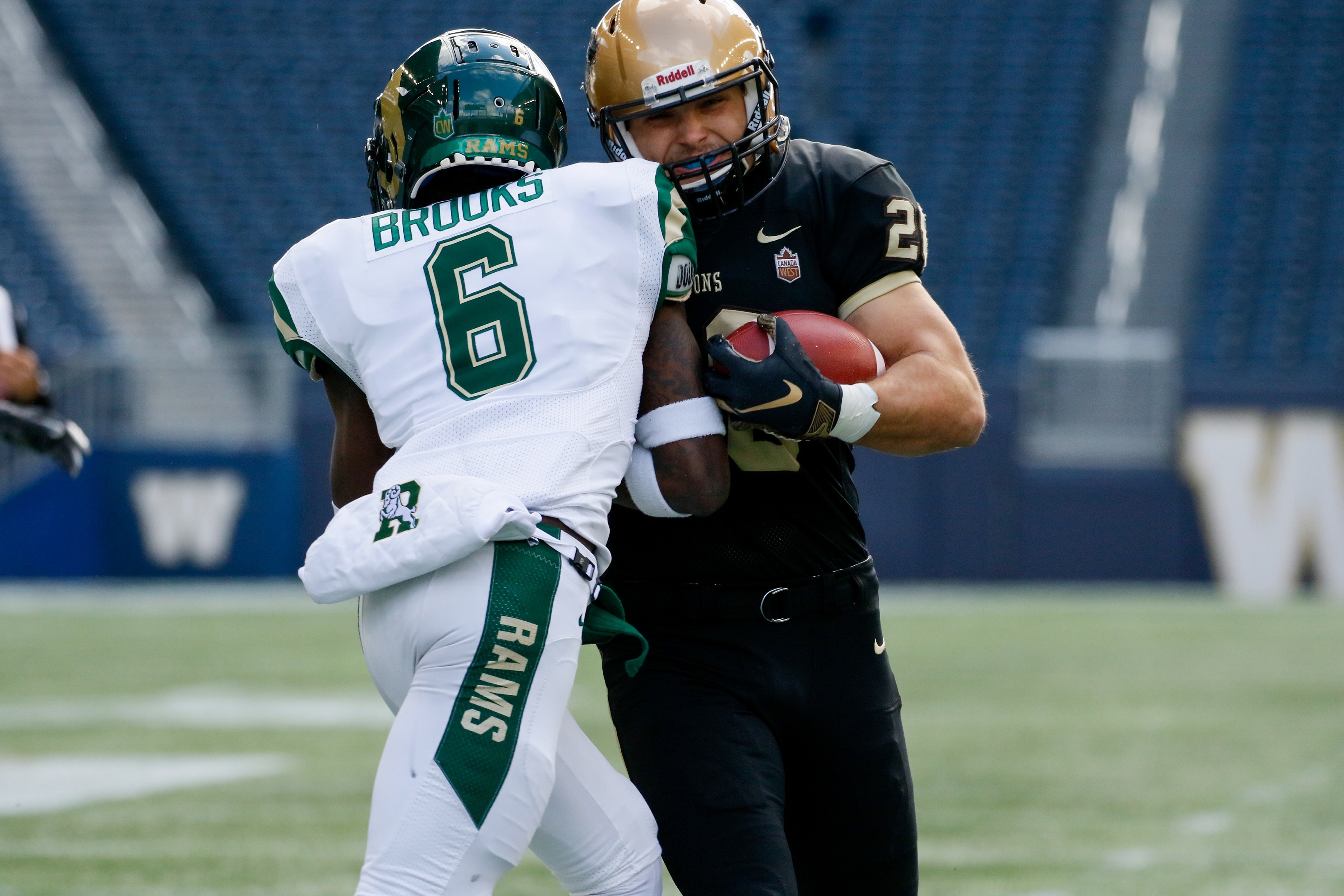 On Jan. 21, the Canadian Centre for Ethics in Sport (CCES) released a statement announcing U of M Bisons football running back Logan Fischer has been given a four-year suspension for violating the Canadian Anti-Doping Program’s (CADP) anti-doping rule.

Fischer had tested positive for drostanolone — an anabolic steroid similar to testosterone — that is banned under the CADP.

When reached for comment, Bisons head coach Brian Dobie shed light on the situation with Fischer, and the protocols the club followed once it had been notified.

“I won’t comment any further on that discussion for his sake for obvious reasons.”

Fischer was tested during an out-of-competition sample collection session Oct. 22 — three days prior to the U of M’s regular season finale against the University of Regina Rams. The CCES received the positive test result for the sample drawn from Fischer   Nov. 10 and the U of M was informed.

“At a certain point we were given the name,” Dobie said.

“And then there’s a protocol at that point where the player — because a player is an individual and he has rights — and there’s, I’ll call it a waiting period, where the player has a significant time to appeal […] It’s a process, it takes time.”

According to the case decision released by the CCES, its initial review began on Nov. 13, Fischer accepted a provisional suspension on Nov. 19 and on Nov. 29 the CCES formally asserted the violation. Fischer had 30 days to dispute the claim but did not and so accepted the four-year ban.

Dobie called the news of the positive test “extremely disappointing to hear.”

Fischer was a relatively new addition to the Bisons lineup, joining the herd for the 2019 season as a rookie. He made an immediate impact on the Bisons offence, rushing for 65 yards, receiving for 35 and recording a rushing touchdown.

“He was in our program for three months,” Dobie said.

“He was a brand-new player in our program, for three months. He was from the Saskatoon Hilltops [football team], then he didn’t even play a year ago — he was out of football — and so in the summer time I reached out to him […] to see if he would be interested in coming back to football.”

Fischer is now ineligible to participate in any sport under the CADP, which includes training with teams. He will be eligible to return to competition on Nov. 18, 2023.

Dobie was clear he and Bison Sports take the issue of doping extremely seriously and do everything in their power to ensure CCES guidelines are followed.

“This isn’t some political line I’m giving you,” Dobie said.

“We pay extreme due diligence […] to addressing performance -enhancing drugs and the ramifications. I cannot tell you how much diligence is directed to that issue.”

Fischer now joins a list of 11 U Sports football players currently under sanction by the CCES. This includes Canada West players Trivel Pinto — cocaine — and Malcom Lee — SARM LGD-4033 — from the UBC Thunderbirds, and Kyle Borsa — higenamine — from the U of R Rams.

“That’s why it’s so, so disappointing when an athlete makes that very terrible choice,” Dobie said.

“It’s not a mistake and I’m very comfortable with saying that on the record. When an athlete […] makes that decision, it is not a mistake.

“It is a personal decision that has very, very serious consequences to it.”