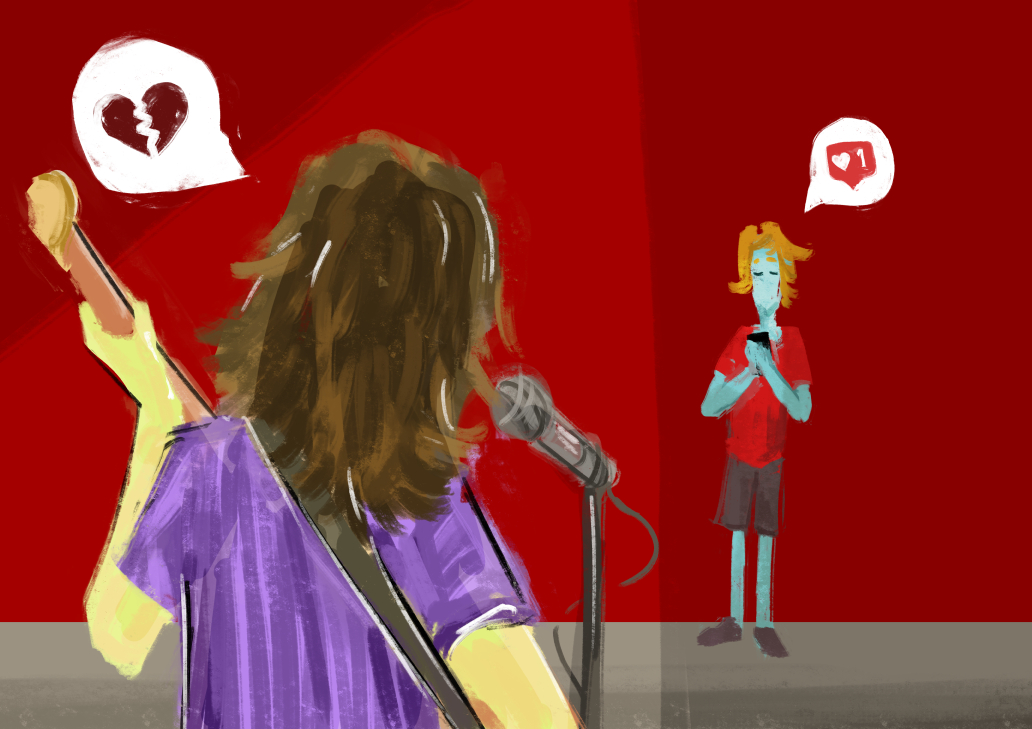 People are glued to their phones and live music is suffering because of it.

A few weeks ago, I was at Bell MTS Place for Elton John’s final Winnipeg performance. The concert was, of course, outstanding, but as I watched his performance I couldn’t help but notice a troubling trend from some audience members.

The trend is the constant and conspicuous use of phones throughout the entire concert.

Imagine spending hundreds of dollars on tickets to a concert just to do this. Ridiculous.

Not only is it a waste of time for those specific audience members, but it affects others as well. Especially for performances at concert halls or stadiums where audience members are sitting in rows potentially right beside or behind someone on their phone, it is incredibly distracting to anyone around them just trying to watch the concert they paid for.

If those issues weren’t bad enough, think of it from the performer’s point of view. People — including the headliner, their band and the sound and lighting crew — have spent countless hours rehearsing only to have a notable number of people on their phones or distracted by someone else. This can ruin a performer’s flow and kill a venue’s vibe.

Simply put, as a performer, it is incredibly insulting. This trend is obviously problematic.

It’s clear that many people need to re–evaluate their outlook on how to view a performance. Although not always obvious or intentional, much of what is done on a phone can come across as inconsiderate or rude to performers and other audience members.

This is clearly not a black and white issue, and no single cookie-cutter solution will solve the problem. It is incumbent on audience members to exercise better judgement when dealing with this incredibly new technology.

When dealing with a local artist or group — especially one looking to get exposure — this can be an entirely separate situation. Often times these types of performances are in smaller venues where someone recording with a phone may not be distracting to other audience members at all. In this situation, especially when confirmed with the artist, a short recording posted online could go a long way and be a compliment to the performer.

At the same time, there are times when the opposite may be true. Audience members must be respectful of the performer’s wishes.

Progressive rock guitarist Francis Dunnery is very clear about this. He does not allow any photo or video recording during his house concerts at all. Audience members are expected to respect this.

Similarly, when a rarely-seen act comes to town and is in an intimate venue where audience members are in the dark and sitting in rows, videos and photos should be taken with caution since this could detract significantly from the performance for other audience members.

It’s clear that there can be a happy medium somewhere in between never pulling the phone out and never being able to put it down.

As a performer, it’s fairly clear where that happy medium is. If someone wants to record a song or two — because it’s a favourite of theirs, especially towards the end of a concert — that is totally appropriate. However, if someone cannot stop looking down at their phone and is clearly in the middle of an endless scroll through social media or ordering their dinner, it is entirely unacceptable, and they should just leave the venue.

At the end of the day, a live performance is just that: live. It should be enjoyed for the moment.

With the advent of so much new technology, it is important that it is used in a positive way that encourages performers, rather than distracting them.