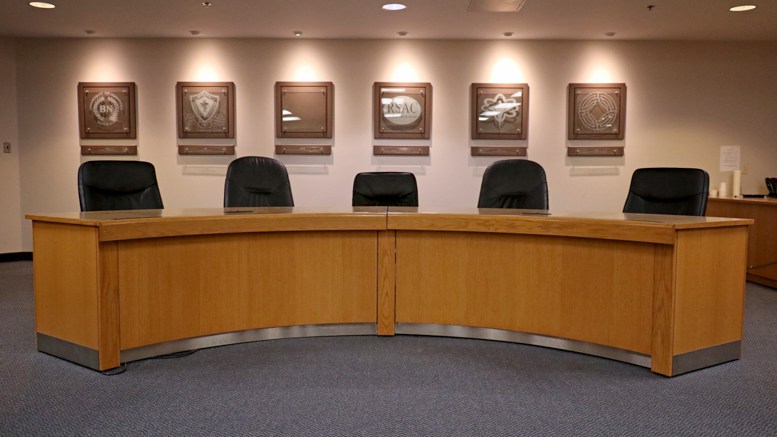 Alicia Kubrakovich is a first-year student and executive member of UMISA who said she plans to continue on the path set out by past Indigenous students’ representatives.

“I want to continue working with the [National Centre for] Truth and Reconciliation, and to continue the 94 calls to action, and number 16, and revitalize the language to continue to make sure it’s still getting put through,” she said.

The National Centre for Truth and Reconciliation released a list of 94 recommendations to further implement reconciliation in Canada — the 16th of which is to “create university and college degree and diploma programs in Aboriginal languages.”

Kubrakovich said she also hopes to follow the path set out by previous Indigenous students’ representative Alannah Mckay and her work on promoting Indigenous advocacy.

“Every time it came to me, because I sat in those meetings, and [Mckay] just kept pushing everything,” she said.

“And that’s one of my [goals], is to keep pushing [advocacy services] to make sure it’s happening, and to just never give up on what I’ll be pushing.”

Trevor Smith is currently the ASBC director of communications and will bring that experience to the UMSU board of directors as the union’s LGBTTQ*  representative for the 2019-20 year.

Smith said outreach to the wider campus community was a top priority for the upcoming year, including “ally training sessions” and other conversation outlets.

“Interacting with the LGBTTQ* community and being able to put a face, a name, a story and a person to the alphabet soup is infinitely beneficial in reducing discrimination and creating more allies,” he said.

“If that ultimately results in new friendships being formed, that would put a huge smile on my face.”

“The previous LGBTTQ* representative admitted that she had not initially consulted the broader community on campus regarding the proposed title change controversy,” he said.

“For myself, I think it is important to remember the vast diversity of people I will be representing in all initiatives I undertake, ranging from [Rainbow Pride Mosaic] through to individuals who might not even feel entirely comfortable identifying with the community yet.”

Sharlene MacCoy was appointed to the mature students’ representative position in December 2018 and is running unopposed to continue leading the position she originally moved to create.

One of her main goals for the upcoming year is to look into funding opportunities for mature and part-time students, many of whom she said do not qualify for grants and scholarships available to other students.

“I started talking to different faculties as well about implementing scholarships that were based more with mature students in mind, because we often don’t do a full course load,” she said.

She also said if next year’s UMSU executive continues to lobby federally for the elimination of the tuition tax credit and the re-allocation of funds to student grants, she will advocate against the change.

“I don’t think UMSU thought that through very well,” she said.

MacCoy previously spoke out against the switch and the impact it would have on families in a January UMSU board meeting.

“From my own perspective, like I’m putting myself through school, and I’ll be putting my children through school in the next two, three years,” she said. “So taking away that tax credit has a huge impact on my ability to afford school.”

She said rather than removing the tax credit, she would advocate instead for additional funding opportunities for low-income students.

Workshops centred around issues women face is a goal for Sia Yamba.

“My aim this year is to make more awareness for healthcare and also plan more workshops with women coming together to talk,” she said.

Yamba is involved with the Womyn’s Centre on campus currently and has volunteered with UMSU in the past, experience she said she will use to be a more active presence on campus.

She said she hopes to provide resources for women through weekly tabling and regular gatherings where women can feel safe to open up.

“What I intend to do is just to bring them together, every week or every two weeks, have a specific event where we talk about things like that,” she said.

“We all come together to voice out our opinions [about what] we go through: mental health, whoever has come across sexual abuse, how they want help, and [if they] reach out to us to help them and what we can actually do for them.”

Yamba added she will work to provide free materials including menstrual aids for people on campus.

Changing the conversation about mental health at the University of Manitoba