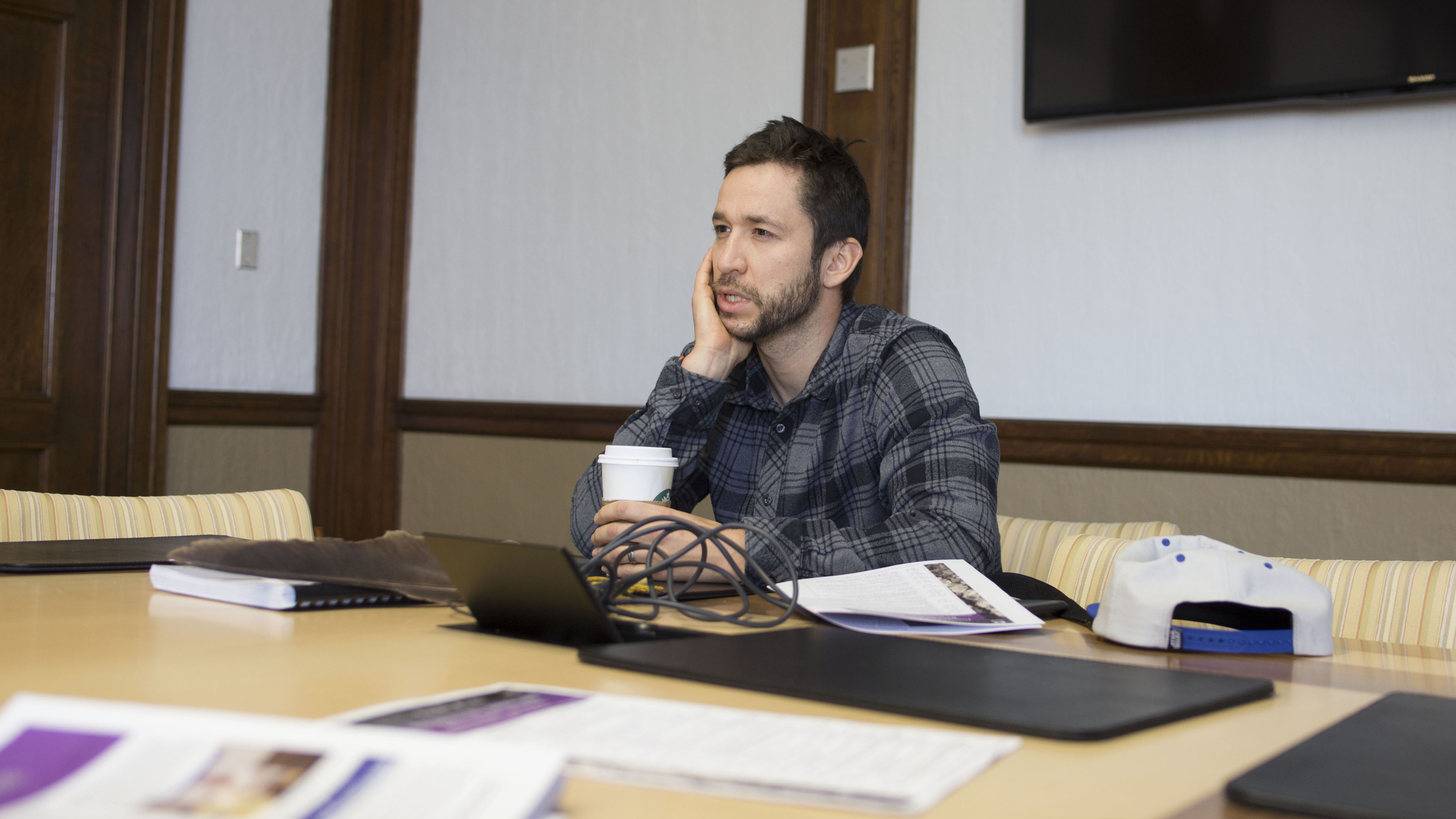 Do you understand Indigenous governance?

That is the question U of M assistant professor Réal Carrière  asked during a lecture on his research of Indigenous governance Jan. 30.

Carrière’s talk, titled “Kinistotên Nehinuwak Okimahin?: Do You Understand Cree Politics?” was part of the department of Native studies’ colloquium series, which invites students to attend lectures held by Indigenous speakers covering a variety of topics. The theme for this term’s lecture series is “Insurgent Readings and Resurgent Actions.”

The lecture touched upon Carrière’s background, his studies, Indigenous governance and Indigenous methods of learning.

Carrière said governance is a broad term but that is part of why it works well when discussing Indigenous leadership.

“Why, I think, that Indigenous people have started to use this term is because it doesn’t just mean what is government doing, it means what is happening out there in the field by people who aren’t necessarily part of the government,” he said.

“So there’s another important distinction to be made in terms of the term ‘governance.’ And what I try to do is focus on what is happening by Indigenous people that aren’t necessarily part of the government.”

“One of the reasons I was hired is that the whole department wants to develop more Indigenous classes, right now there is just one at the 4000 level but there’s the vision in the next few years […] that we could have more classes,” he said.

“So that a student that comes into political studies could specialize in Indigenous politics. So there’s going to be more courses and that’ll be developed in the coming years.”

Carrière also shared his ideas for what these classes could look like.

“Ideally, there’s a couple of different things I would like to do. First would be to have a class land-based on Indigenous politics, so going out into the communities perhaps in an intensive mode, maybe that could be in partnership with specific communities,” he said.

“The next thing I’d like to do is, perhaps have a course on Indigenous political theory, and each week have different elders to come in to talk about the different perspectives that exist within Manitoba, and then start locally.

“I always want to focus on local knowledge, so perhaps beginning with Anishinaabe people, and then the Cree people, the Dené people, and so on, expanding that circle outwards, would be a really good class that I’d like to organize.”

Carrière said the journey to a greater understanding of Indigenous governance in Canada could begin with more academics focused on the subject.

“Really my teaching focuses on Indigenous knowledge of politics, and specifically my research looks at Cree knowledge, but I think it’d be amazing to have an Anishinaabe class on governance, a Métis governance class,” he said.

“What I enjoy about academia is that learning is achieved through a lifelong relationship, so not amongst superiors, but among equals, among colleagues, and I think that, to me, it’s within an Indigenous worldview of how learning is achieved intergenerationally,” he said.

“And of course it recognizes that there are elders, there are knowledge keepers, there is somewhat of a superior, but it’s not a hierarchy.”

The department of Native studies winter 2019 colloquium series lectures occur every Wednesday at 11:30.