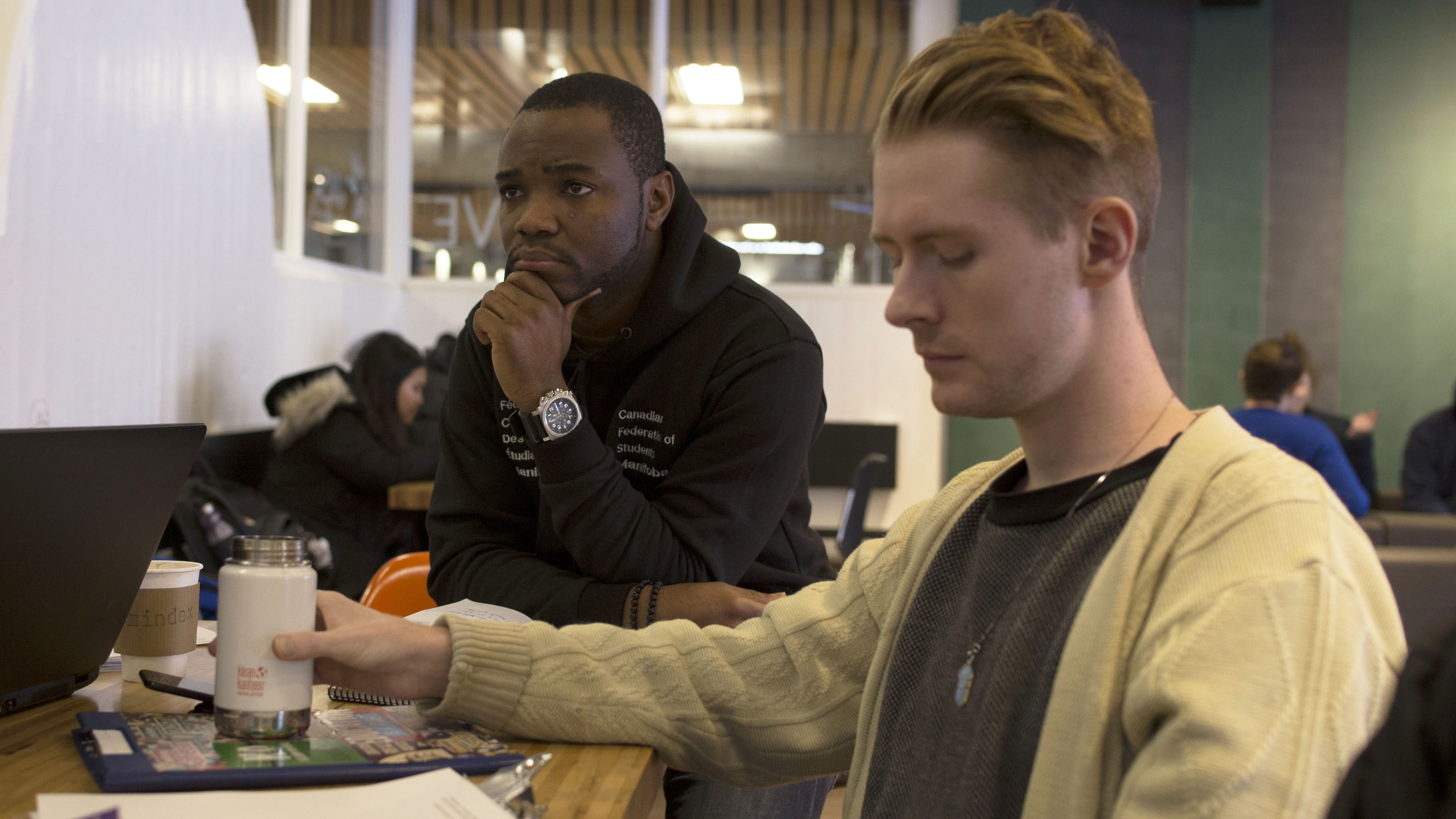 The affordability and accessibility of education in Manitoba were the topics of discussion at the Manitoba chapter of the Canadian Federation of Students’ first Education for All committee meeting of the year Friday.

Dele Ojewole, the federation’s Manitoba chairperson, said there is no more crucial time for student organizations to heighten advocacy efforts than now.

“Right now, the student movement should not be silent in the face of cuts being made by this government,” he said.

“We need to continue to speak up, to make sure that our voices are being heard in the province.”

The education for all committee

In Nov. 2017, the provincial Conservative government lifted the cap in tuition fees that had been in place since 2012 for Manitoba universities.

Open to all post-secondary student members, the Education for All committee works with black, Indigenous and people of color (BIPOC) communities along with international students to strategize, organize and prioritize advocacy and lobbying efforts.

“It is a campaign that is about […] pressuring our provincial government to prioritize post-secondary education,” he said.

“To frame the narrative around what post-secondary education can do as a transformative thing for people, especially who are trying to escape the cycle of poverty.”

A report published in May 2018 by the Canadian Centre For Policy Alternatives Manitoba titled Rising Tuition: Implications for Access and Career Choice for Manitoba Students suggests increased tuition fees not only considerably impact enrolment rates for low income students, but in effect an increase in accumulated student debt “can impact career choice.”

International students make up more than 19 per cent of the U of M’s student population.

Citing the provincial government framing the decision as saving $3 million in annual expenses, Northam was critical of the government’s tendency “to reduce things to numbers and figures.”

“They pay taxes. They should have access to basic public services, especially ones like healthcare. It’s a human right.”

Ojewole said the federation will “continue to consult with international students on the best possible way to support them in these difficult times.”

“And also continue to lobby the government on the importance of restoring healthcare to international students,” he said.

In July 2018, the University of Manitoba announced it had successfully negotiated a health plan agreement with Blue Cross and StudentCare to cover international student healthcare for the 2018-19 academic year.

It remains to be seen whether or not the university will continue to provide health coverage for international students in 2019-20.

Northam spoke on recent news from Ontario that the province’s Conservative government will be introducing a 10 per cent decrease in tuition — which will be accompanied by a mandatory “opt-in” program for student unions, calling the news an example of “the immediacy of the situation” Canadian students are facing.

“Student unions are one of the few voices left that consistently is holding government accountable,” he said.

The program means that while students who opt out of union fees may save on fees associated with student unions, it will inevitably result in serious cuts to many services student union fees provide, including health and dental plans, support services for marginalized students, student club funding, student transit passes and campus media outlets.

“That’s not going to be delivered by anyone else.”

Northam said while the situation seems bleak for Ontario students, the fact that students across Canada have risen up to protest the changes speaks to a changing attitude among Canadian students.

“There is potential for us to fight back against that, and to send a message across Canada, that other PC governments — you can’t do this,” he said.

“That nationally, there will be a response.”

Getting out of the CFS