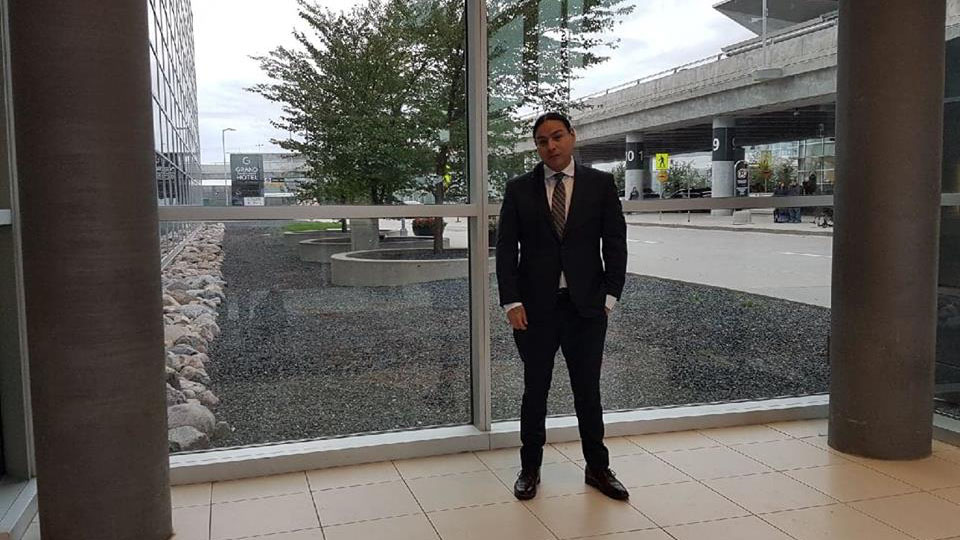 Students from Manitoba and across the nation gathered in Ottawa from Nov. 16 to 19 for the Canadian Federation of Students annual general meeting (AGM) in Gatineau, Que.

Beardy was appointed the Manitoba Component of the Canadian Federation of Students’ policy review and development committee, an experience he said left him feeling “blown away.”

“I was surrounded by so many amazing, intelligent people — and I absorbed so much, and I learned so much in that space,” he said.

During the meeting, Beardy proposed two motions and one amendment, all of which passed.

Beardy proposed an emergency motion at the meeting that called for the Canadian Federation of Students to officially condemn the use of solitary confinement in Canada and for the the federation to release a statement “urging the federal government to the UN Standard Minimum Rules and hold meaningful consultation with inmates and prisoner’s rights advocates.”

While his own experience spending three days in solitary confinement while incarcerated was part of his motivation for the motion, Beardy said it was not the only factor.

“I think it’s on all of us because it’s a violation of human rights,” he said. “It’s unconstitutional. It’s causing severe psychiatric and psychological damage.”

Beardy was also involved in a motion that resolved the federation “stand in solidarity with the prisoners at Burnside,” referring to a prison in Nova Scotia that joined a prisoner strike in the U.S. in August 2018.

“It was really emotional for me to do that,” Beardy said, adding that the motion was a “collective [effort] of the UWSA and Aboriginal Student Council.”

By continuing to advocate for marginalized groups on nationwide platforms like these, Beardy said students can help to create a decolonized system of policies in Canada.

“We need access to these mental health services. If you think of a traditional Indigenous worldview, where they need that smudge to feel better, for that peace of mind. But in some spaces, maybe that’s devalued or maybe that’s put underneath other procedures.”

Beardy said bringing forward an emergency motion was difficult, but he felt the overwhelming support of the federation’s members.

“When I went to the mic, and I got up there alone to propose this emergency motion, I was nervous and in that space of re-traumatization, and in that space of passion of wanting this to go through. And I spoke, and it was hard, and when I was done […] I turn around and there was literally people behind me.

They all stood with me, and it was huge for me to see that.”