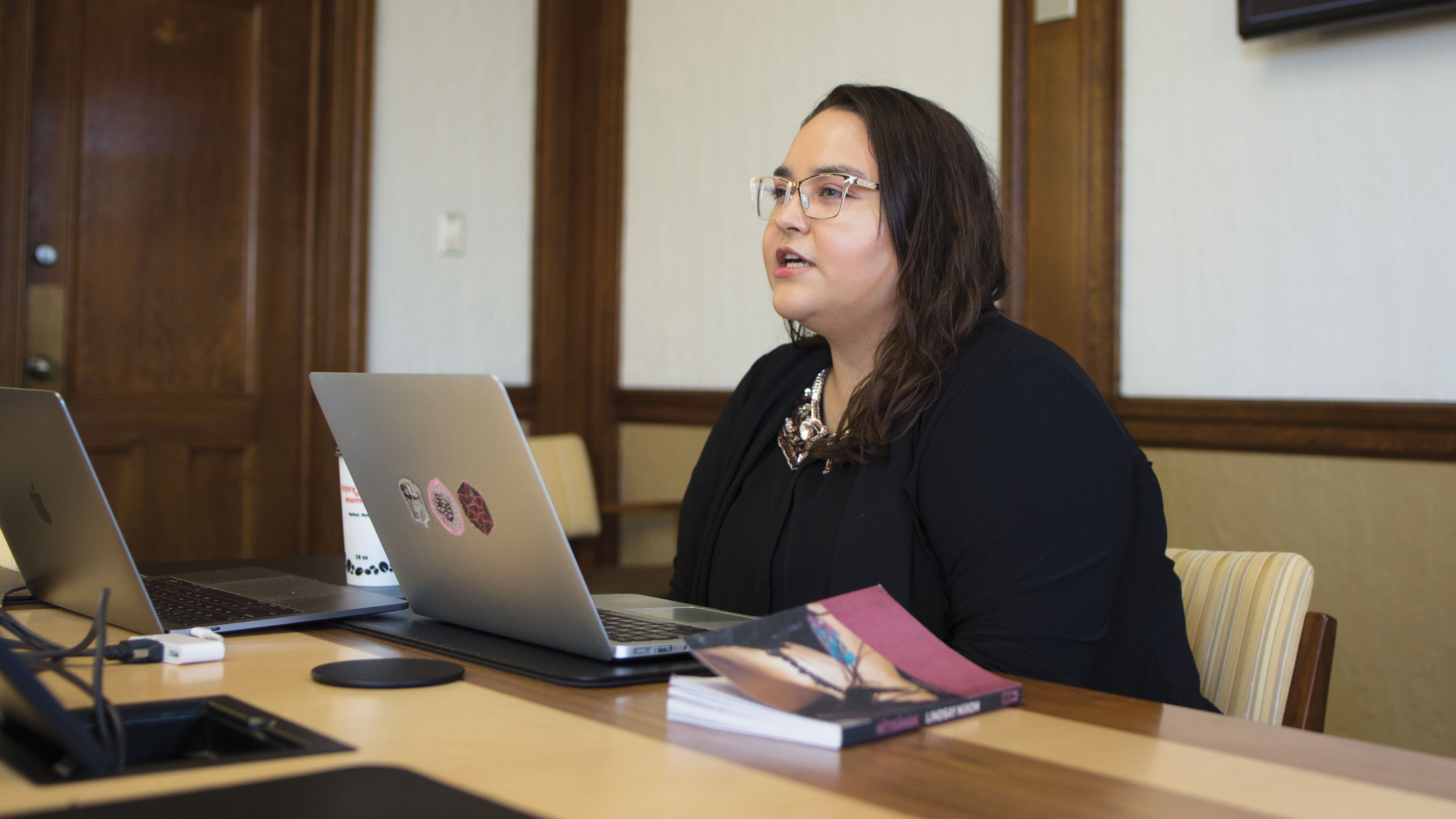 Nixon — who goes by gender neutral pronouns — is an art curator currently pursuing a Ph.D. in art history at McGill University. They are also the editor-at-large for Canadian Art magazine. Their memoir, nîtisânak, was published in September 2018.

The presentation, which was part of the U of M native studies department’s fall 2018 colloquium series, included a close look at their own work but also discussed the work of other Indigenous artists.

Nixon, who is Cree-Métis-Saulteaux, brought up the inherent struggles behind being a queer Indigenous body in the world of fine art.

“Perhaps I’ve had to — me and similar colleagues doing similar kinds of work have had to — fight for our space in this discipline a little bit,” Nixon said.

“And for respect of the objects, materialities and experiences that we write about.”

In an interview, Nixon discussed the crossover between the Canadian art scene and the world of Canadian academia, particularly in the recent attempts by both to incorporate more Indigenous content into their frameworks.

“It’s really complex,” they said. “I think that art institutions and universities alike right now are pushing Indigenizing and decolonization as very buzzword topics. But I’m curious, more concretely, what that means for these specific institutions.

“Because I don’t know if I agree that Indigenizing always creates safer spaces for Indigenous students — I can think of, within the last several years, the really quick hire of whoever was Indigenous and who had a Ph.D., and at times that wasn’t always who was best equipped for mentoring students, and then different conflicts are happening in native studies departments.”

Nixon said the idea of Indigenizing being focused in policymaking was also prevalent within the art community, and sometimes just providing additional funding to Indigenous people was not helpful.

“There was a lot of funding just, like, pumped into Indigenous art initiatives in Canada last year with the reconciliation funding,” Nixon said.

“But […] it’s still very white-passing-native dominated. I think that a lot of that funding propped up people who already were very successful in the field and just gave them more funding for the projects that they were undertaking. I don’t know if it is creating avenues of access for marginalized Indigenous peoples, or even that Indigenous peoples are being told that they have access like that.”

“It’s not as easy as just bringing Indigenous people in,” said Nixon.

“It’s like — who are you bringing in, how are you creating access to communities who don’t even know these are possible futures for them? How are you supporting Indigenous students tangibly once they are in these institutions?”

Nixon also read the epilogue from their memoir during the lecture, recounting experiences growing up as what they called a “concrete warrior.”

“Recently, with everything that happened with Tina Fontaine and Colton Boushie, I think that there are a lot of […] Indigenous writers and scholars who were in a moment where we just knew we needed to make writing not for a larger Canadian public, but for the people who needed it most,” they said.