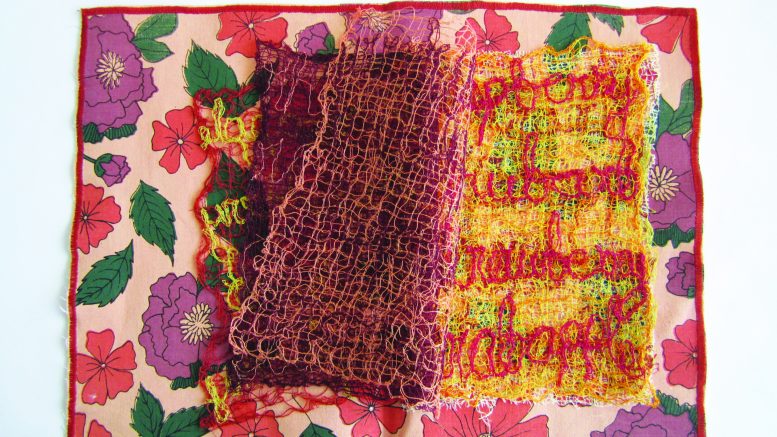 The 20th annual Mennofolk Manitoba exhibition opens March 9 at X-Cues’ Billiards and Cafe. The theme this year is “Pause to Celebrate.”

The event is a platform to celebrate art and music beyond that typically found in churches within the Mennonite community. Artists who identify as Mennonite are encouraged to submit works.

People who identify as Mennonite are usually part of the Mennonite Church of Canada, or if not actively involved in the church, ethnically Mennonite. Mennofolk committee member Matthew Veith said Mennofolk is an organization meant for people to share ideas and connect.

Veith has been aiding in the production of a short documentary about the history of Mennofolk Manitoba that will premiere at the gallery’s closing event March 24.

“One of the people we interviewed for a mini doc we’re doing on the past 20 years said that they saw the first few Mennofolks as one of the first times non-church [Mennonites] had an event that fit them,” he said.

Mennofolk Manitoba began in 1999 as a weekend getaway for youth at Camp Assiniboia.

Since then, the event has moved on to Winnipeg venues such as the West End Cultural Centre and X-Cues Cafe and Lounge. A committee of volunteers that changes from year to year organizes the event. This year, Chris Sundby is chairperson of the committee.

Sundby became chairperson following the 2016 iteration of Mennofolk. He said the event has continuously changed over the past 20 years.

“Mennofolk has gone through stages,” he observed.

The theme for 2016 was “Fallow.” It took place at the Canadian Mennonite University, and according to Sundby, was a very mellow year with no visual art, but it did feature a panel discussion.

As chair, Sundby organizes meetings and takes care of donations. He also helps curate submissions, and noted that they do not turn any artwork away.

A piece of art was received last year that the committee deemed potentially controversial but based on the “Mennofesto,” the group’s guiding document, they decide to include the piece in the show.

“It basically says that it’s supposed to be art you couldn’t find in the church,” said Sundby of the Mennofesto.

“So then we think, ‘OK, if we’re going to turn something down because we think it’s provocative, what is the point?’”

Each year has a theme, though artists are not required to stick to it. This year, school of art student Selena Dyck submitted for the first time – a silkscreened textile book she made in fall 2017.

“I submitted this time because this was the first work I’ve made that I felt was directly relevant to the Mennonite part of my identity,” Dyck said.

“I have a vague speculation that the Mennofolk audience might relate to it in more of a personal, nostalgic way than in a purely aesthetic way.”

The exhibition “Pause to Celebrate,” opens March 9 at 7 p.m. at X-Cues Billiards and Cafe and runs to March 24. Cover for the event is by donation.