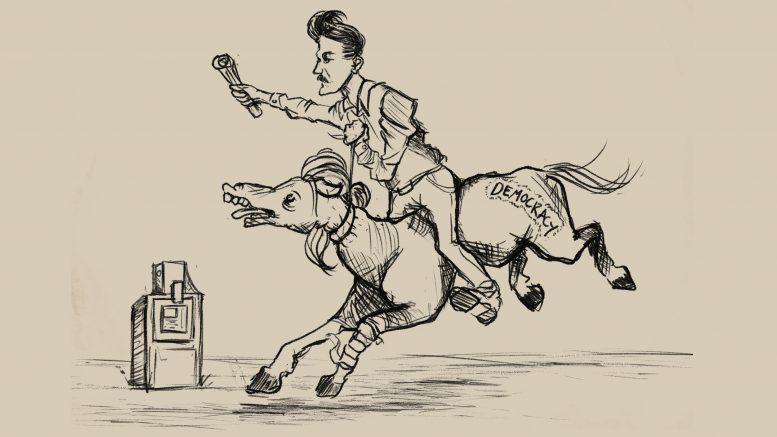 Local media in Canada is in crisis.

Last week, Postmedia and Torstar – the country’s two largest newspaper companies – announced they had swapped almost 40 community and commuter newspapers, with intentions to close nearly every one.

No money was exchanged. Neither company ever had the intention of investing in the papers. The apparent idea was to create area monopolies so each company could relieve itself of its newly redundant operations. Torstar reported it expects to realize between $5 and $7 million in savings.

Postmedia is closing down all but one of its new papers and a weekend edition. Torstar shuttered all but four. All told, 32 papers are no longer going to press in what Ryerson University school of journalism professor John Miller called a “cruel, cynical” move.

The Competition Bureau is investigating the transaction, but it’s a little like closing the barn door after the house has burned to the ground. It won’t address the fundamental problem: too few already own too large a stake in Canadian media.

Media concentration in Canada has been cause for concern for more than four decades. In 1970, senator Keith Davey formed the Special Senate Committee on Mass Media to investigate media ownership “passing into fewer and fewer hands” and ultimately reported that “this country should no longer tolerate a situation where the public interest in so vital a field as information [is] dependent on the greed or goodwill of an extremely privileged group of businessmen.”

A decade later, the Royal Commission on Newspapers – commonly known as the Kent Commission – further examined the Canadian media landscape and found a scenario “clearly and directly contrary to the public interest.” The commission recommended limiting daily newspaper ownership to five papers and the break-up of existing regional monopolies.

The warnings were not heeded. Postmedia – which is now controlled by American hedge funds – owns more than 125 papers, including more than 60 in Ontario. It has another 34 papers in Alberta. In cities like Calgary and Edmonton, it operates both major dailies: the Calgary Herald, the Edmonton Journal, and each city’s respective Sun tabloid – whatever credibility might be applied to them.

And the company is showing more and more that quality journalism no longer fits into its business model. Even its flagship National Post is so struggling for attention it trotted its founding father and resident ex-convict Conrad Black onto Facebook to elucidate a defence of American president Donald Trump.

While such foolishness is easily avoided on the broad scale – there is no shortage of national media to turn to – the prioritizing of profit over product has a more pronounced effect on small communities and towns.

As advertising revenues fall and newspapers struggle to profit from online delivery, it is the newsrooms that see the most severe cuts. And while some small cities have radio or television to fill the void, most do not.

The Globe and Mail or Huffington Post are not about to send reporters to cover city hall in Barrie, Ont. – which lost its paper of record for more than a century – the Examiner –  on Nov. 27. The National Post likely won’t have reporters attend a police services board meeting in Orillia, Ont.

These communities have lost a crucial democratic check and balance, and they can’t turn online to replace this coverage. Facebook gossip threads and municipal releases lack the critical examination that underlines an informed constituency.

Rather than develop a network of strong community reporters feeding the local news back to the major centres, the media conglomerates work in reverse. Local news is replaced by wire copy. Regional commentators are replaced by national voices.

When Sun Media peddled its doomed television startup Sun TV, it force-fed national columns from Ezra Levant and Brian Lilley – who went on the cofound the far-right Rebel Media – into its community papers. Rather than build a brand, it turned readers away.

It is easy enough to blame local readers for abandoning their papers. After all, if there were enough subscribers, the papers might not be forced to fold. But a more honest appraisal is that as news organizations grow larger and their focus turns away from local coverage, it is the papers that abandon their readers.

It was a stronger focus on local news, not weaker, that was called for.

When the closures were announced last week, the news only appeared on the front page of two major dailies – the Globe and Mail and the Winnipeg Free Press.

It was the largest single day closure of Canadian newspapers in history and so few were unaffiliated to the companies concerned that it hardly registered in print.

And that is how local media is silenced in Canada. With a whimper