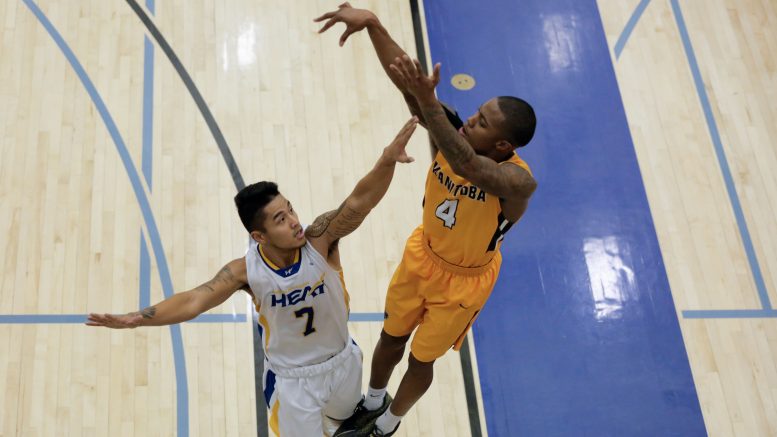 The men’s basketball team brought their winning streak to three with a sweep of the UBC Okanagan Heat. Manitoba won 80-51 on Friday, and 76-64 on Saturday. Manitoba was blessed with the return of Rashawn Browne after he missed a game against Brandon last weekend due to injury. Browne had 13 points, five rebounds, and two assists on Friday. Manitoba held the lead all game on Friday, and dominated in the paint, scoring 32 to points to UBC Okanagan’s 16.

On Saturday James Wagner led the way again for Manitoba, scoring 22 points, seven rebounds, and one assist in the win. Once again the Bisons dominated in the paint, scoring 40 of their 76 points.

The pair of wins moves Manitoba’s record to 8-4, good enough for fifth in the Canada West.

The women had an equally good weekend, winning 69-45 on Friday and 68-43 on Saturday. The Bisons have now won six of their last seven games, with their record moving to 6-6, and sit in ninth place in the Canada West. The basement dwelling years of Michele Sung’s team appear to be over.

Nicole Konieczny led the way for the Bisons on Friday, scoring 16 points, seven rebounds, and one steal. Emma Thompson and Taylor Randall both had 10 points in the win. On Saturday, Randall stole the show with 25 points, three rebounds, and four steals. Randall, a native from Dundas, Ont, is averaging a team best 14.7 points per game.

The Bison basketball teams open 2018 with a pair of games against the University of Lethbridge Pronghorns on Jan. 5-6 at the Investors Group Athletic Centre.

Not a good weekend for Bisons basketball