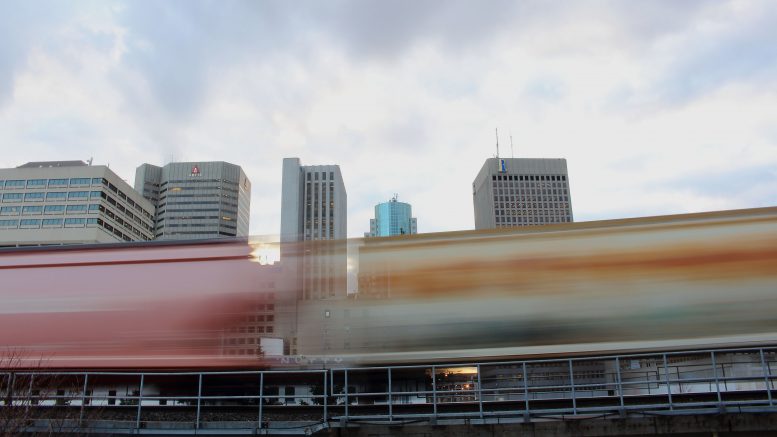 Gasoline and diesel prices may increase with Manitoba’s new carbon tax plan, but is Manitoba really on its way towards a green economy?

Something is rotten in the state of Canada when we hear that the Manitoban carbon reduction strategy will “achieve more than twice as many emissions reductions as the federal carbon tax.”

The federal strategy comes to us from the Liberal party, the Manitoban strategy from the Progressive Conservatives. Stereotypes exist for a reason, and the stereotype of conservatives does not include helping the environment more than liberals.

The federal plan calls for an initial $10 per tonne charge on carbon beginning in 2018, increasing to $50 a tonne by 2022. The plan announced by the premier on Oct. 27 introduces a $25 per tonne tax on carbon which does not increase, at all, as years pass.

Because the rate of taxation will initially be higher than the federally-mandated rate, there is no issue with the Manitoban plan for the first two years. After that, however, the rate of taxation will be lower than the federally mandated rate. Since the federal government has said that it will tax carbon at the federal rate in provinces that fail to do so, in two years’ time, Manitobans will be subjected to a federal carbon tax of $5 per tonne, which, when combined with the ever-constant $25 per tonne of the provincial carbon tax, will bring the total tax rate on carbon up to what will be the federally-mandated $30 at that point.

This is easily foreseeable – as much as it is easily foreseeable that a major issue in the 2020 provincial election will be Ottawa’s recently introduced $5 carbon tax on Manitobans. Taxes are, of course, the bread and butter of conservative election campaigns, so it is difficult to come to any other conclusion than that our premier introduced this particular tax rate on carbon so as to make his next election campaign easier.

The same can be said for that line about the provincial plan doing more than the federal plan to reduce emissions; it might be true for the first two years – the record Pallister will be campaigning on – but that is entirely by design. Since the PCs have floated the idea of subsidizing the cost of the tax on consumers, there’s a very real chance that the province’s emissions will not drop at all.

There are various other tells in the province’s plan that show it is not serious about reducing carbon emissions.

The plan mentions a transition to electric busses. This is fine as a proposal, but just this year, the province changed the funding model for Winnipeg Transit, removing a 50/50 cost-sharing mechanism that made it easier for Winnipeg Transit to invest in new busses. Transit spending is down, not up, and that is without even thinking of acquiring new busses.

The plan also gives exemptions to the agricultural sector, which is second only to transportation in terms of emitting carbon.

The government states that “Manitoba is already ‘clean’ given our hydroelectricity system with 98 per cent of electricity generated from non-carbon emitting sources,” which, while true, does not change the fact that we must reduce carbon emissions from all sources that currently emit it, not from theoretical sources that we don’t have to worry about.

We must stop emitting excess carbon dioxide if we are to avoid the worst effects of global warming – such as the extinction of humans as a species. The carbon-reduction plan unveiled by the province seems geared more towards political talking points than making significant progress in this direction.

Let Uber be a lesson in corporate welfare management

End of convoy should start conversation about racism