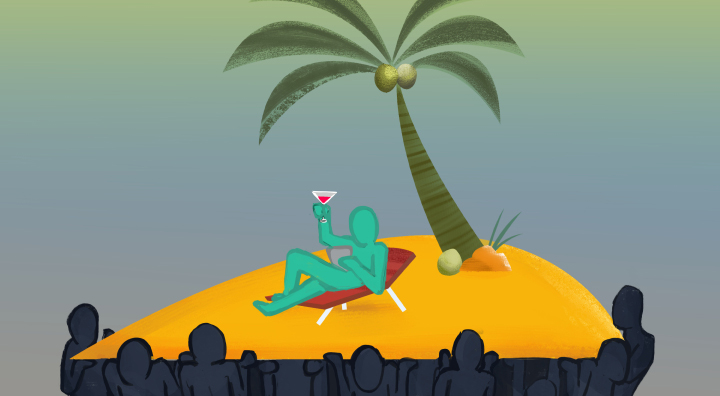 Liberal governments, like those under Jean Chrétien and Paul Martin, seem to have a sterling silver reputation to many middle- and working-class families.

Even though the Liberals often campaigned in a more progressive way than they governed, support for the party’s leaders averaged a strong constant throughout their times in power.

On average, Chrétien and Martin both achieved mostly positive approval ratings of a tentative 50 per cent during their combined thirteen years of governance, contrasted with past Conservative Prime Minister Brian Mulroney, who averaged an approval rating of 27 per cent.

Even in the most recent federal election, the Liberals campaigned with the promise of cutting taxes for the middle class and raising them for the wealthiest one per cent.

However, the true colours of many prominent figures, including some associated with the present government, came to light recently when a large data leak flooded the internet. The Paradise Papers are evidence of the widespread practice of holding offshore financial accounts for the purpose of tax avoidance. Canadians for Tax Fairness estimated this results in an annual $10 to $15 billion in lost tax revenue. All three of the aforementioned prime ministers were mentioned in these documents.

Most prominently mentioned were Chrétien and Martin, as well as a chief fundraiser for the Liberal Party of Canada, Stephen Bronfman. Conservatives do not get off the hook either: under the previous Harper government, the use of offshore tax havens more than doubled.

The epitome of corruption in Canadian politics, Mulroney’s inclusion in the Paradise Papers is hardly surprising. In 1993 and 1994, the former prime minister took $300,000 cash from a German businessman and tried – poorly – to cover it up and avoid paying tax, before eventually being found out.

But when it comes to Mulroney’s Liberal counterparts, the revelations are truly eye-opening, if only because they point to a deep political dissonance held in the Canadian “liberal” party known for campaigning on fairness and middle-class interests.

Martin’s former company, Canada Steamship Lines, is front and centre in the leaks. It is listed as one of the “largest clients” of the offshore firm offering tax havens to the uber-wealthy. Having not only created many new offshore entities, and shifted many of its subsidiaries from Barbados to Bermuda in an effort to further avoid taxation, the corporation also urged offshore authorities to in sparse communication with Canada.

Also exposed was Chrétien. According to the data, he lobbied for an East African oil project, and was granted 100,000 options. The chief fundraiser for the Liberal Party of Canada, Bronfman, and his investment firm Claridge Inc. was also a key player in a US$60 million offshore trust in the Cayman Islands. This alone may have cost the Canadian government millions of dollars in lost revenue.

No doubt these bombshells illustrate a deep-rooted hypocrisy within the Liberal party. If the Liberals are going to continue to run on the issue of strengthening the middle class, they must put laws in place that will ensure everyone in Canada – regardless of their income bracket – pays their fair share of taxes. Not long after winning the 2015 federal election, Justin Trudeau himself said “tax evasion is something we take very seriously.”

But that is hard to believe, seeing as his own party had a billionaire chief fundraiser who went out of his way to avoid paying Canadian taxes on his investment company’s profits. Bronfman is no stranger to these practices either: a corporate law firm representing Bronfman played a key role in killing legislation as far back as 1999 which would have addressed the issue of offshore tax loopholes.

Bronfman described himself as a “proud Canadian” in a statement recently. But when it comes to his businesses and personal wealth, he is apparently not proud enough to pay the Canadian percentages of taxes that apply to him and his business. As it is in Canada, we hardly have an outrageous tax-rate for large corporations – our effective rate of only 26.5 per cent is among the lowest rates in the G20.

If you have former prime ministers – from both sides of the aisle – hiding their cash in safe havens at the expense of middle- and working-class Canadians, it is time for the country to re-think its tax code. But let us call the current tax code what it is: corporate and personal income tax dodging, and stealing from the average Canadian. This is lost money that could have gone toward improving healthcare, education, affordable housing, social security, as well as reducing poverty and homelessness.

While it is in a corporation’s best interests to make the largest profit it can, when the quest for profit is outsourced onto the backs of millions of hardworking Canadians, corporations have gone too far.

Don’t be an idiot