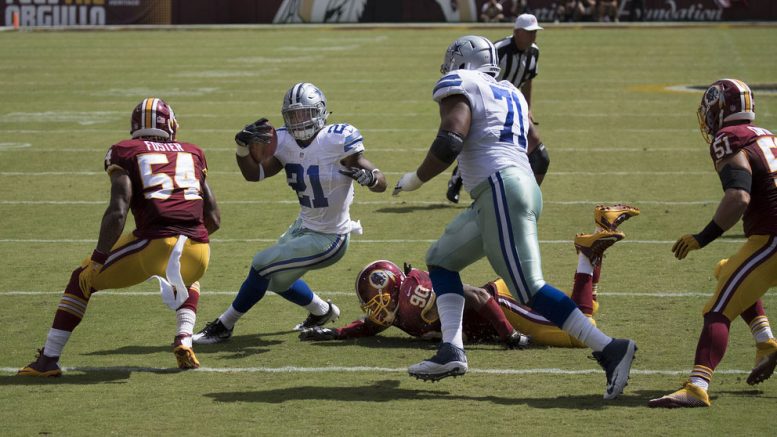 Well, we’ve reached an important part of the season. Congratulations on making it this far. Your team has managed to survive injuries, a few bye-apocalypses, and also that recent Thursday Night Seahawks game with the lime green jerseys. If you watched the game in 4K, I feel sorry for your retinas. But I’m here to talk trades and making deals. We’ve reached the point in the season where your league trading deadline is close to passing. Or if it has passed, then hopefully this article will at least be an entertaining read.

Now, you’re probably reading, or have read, many articles about this issue, so this is probably old news. For example, when you’re in a position of strength, you may just need some depth pieces to bolster your playoff run. If you’re middle of the pack, trade a position you are strong in for a position where you are weak. And if your team is doing poorly, there’s not much you can do. Well, not so fast. I may have a few trading ideas for all you bottom-feeders out there:

In exchange for a stud, offer to buy your trading partner(s) a monthly bus pass. If they take a car to school, a tank of gas is more than fair. A half a tank, even fairer.

Offer to shovel their sidewalk or driveway. But only one, not both.

Straight up blackmail. Let’s call it for what it is.

Shoot them text after text until they’re completely texted into submission, and they can only say yes to your trade. And if they still say no, manage to snag their Netflix password and watch stuff they’d never watch and totally mess with their “recommended” list.

The sympathy trade. Mention your pet is in the hospital – dog, cat, parrot, whatever – and then try to get, say, Todd Gurley for either an injured player or someone on your roster who would never see the starting lineup unless hell froze over. But caution, this strategy almost never works.

Beer pong. Who knows? A little beer and a little pong could help seal the deal.

And finally, just lie. Flat out fake news it. Tell them Ezekel Elliott is actually not suspended, he got another injunction and you’re willing to trade Zeke for one their studs. But make sure to target owners who don’t pay much attention to football and almost hardly use the internet.

But be reasonable and be open-minded. And know who you’re trading with. You should know their lineup – obviously if they’re desperate for wide receivers, you’re not going to trade them a running back. Also know their psychology. It’s a bit like the game Cards Against Humanity. Ultimately, how you win that game is not by being the most outrageous, but by knowing the psychology of your opponents. So that’s how you can win the trade. Know their team, but know the person more.

Next week’s article will be a mailbag. From Wednesday Nov. 15 to Saturday Nov. 18, email any fantasy related questions to thefantasyprof@gmail.com. I will try to publish a few fun answers as we all try to gear up for the end of the season.

Sports opinion: Flag on the play