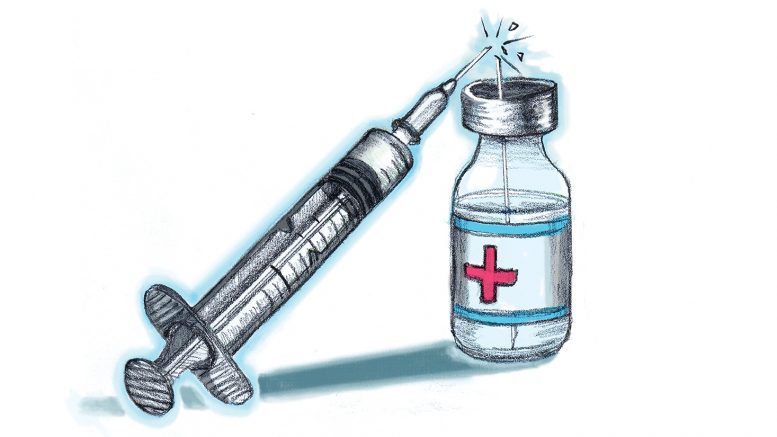 In December of 2014, “the happiest place on earth” found itself in an uncharacteristically unhappy situation. An unvaccinated 11-year-old boy was hospitalized with a rash and soon diagnosed with measles. He had recently visited Disneyland in Orange County, California. This was not an isolated case, but rather a symptom of a growing trend.

Outbreaks like these are a new reality in North America – despite the measles vaccine being one of the most effective today, there were more cases in the United States in 2014 than in the previous four years combined.

Some experts have pointed to the relatively new trend of parents exempting their children from vaccinations out of fear of what they believe are the side effects vaccines cause. This group of people – quaintly referred to as “anti-vaxxers” – point to vaccinations as the “true cause” of a myriad of illnesses, from a weakened immune system to autism. They theorize and speculate on the mercury present in vaccines, and point to Big Pharma as the “Wizard of Oz”-esque villain behind the curtain.

Be it measles, mumps, chicken pox, or whooping cough, illnesses once all but eradicated from North America thanks to vaccines have found their way back into its communities. In Manitoba, where less than 10 cases of mumps are typically diagnosed a year, 176 confirmed cases were found in the months from September 2016 to February 2017 – an outbreak that hit the U of M Fort Garry campus especially hard.

Despite the claims of vaccine’s most vocal opponents – opponents who include former Playboy model Jenny McCarthy and former The Apprentice contestant Katie Hopkins – being dubious at best and the vast majority of actual experts confirming that vaccines are in fact safe, anti-vaxxers and their collective voice have only grown in recent years.

I am not here to argue that anti-vaxxers are wrong in their beliefs, because those facts are unbelievably easy to find on the internet – a simple Google search will do. The question I grapple with is just why are people so deeply distrustful of vaccines, an institution of scientific research that has such obvious proof of its benefits? And why more-so now, within the last 20 years, has the movement grown exponentially?

To smugly say that this growing minority of people are somehow inherently unintelligent or ignorant is a cop-out. While there are a lot of reasons why parents are suddenly so resistant to what are very obvious studies proven by actual educated researchers, the connection I want to focus on here is that in the last 20 years, as people slowly became distrustful of science, science’s public face has become equally easy to distrust.

Note that I refer to science’s public face, not research itself. This public face is the “professionals” that your average anti-vaxxer, who is almost definitely not a healthcare worker or scientist, is most likely to encounter on a daily basis.

Consider the power of television. Television has been a driving force in changing the public face of scientific research. Programs like The Doctors, The Dr. Oz Show, and a wide range of daytime talk shows regularly throw half-baked and misleading “studies show” headlines at viewers that one week uncover some miracle prevention, and the next week report the same product causes the disease.

The Dr. Oz Show in particular, hosted by Ivy League-educated medical doctor Mehmet Oz, has been exposed several times for hawking products with no proven value as “miracle cures.” He has also, on at least one occasion, featured an anti-vaxxer on his show.

To reiterate: a person with the highest level of medical education is willing to go on television and knowingly make untruthful claims – and when he does, he faces no severe repercussions and is allowed to continue recommending products to the public. It isn’t hard to understand where a viewer, who does not have this level of education, is coming from after they see this and find themselves more skeptical of medical professionals.

This disrespect of scientific research presents itself in more subconscious ways, too. American President Donald Trump recently appointed Robert F. Kennedy, Jr, a known anti-vaxxer, as the head of a commission based on vaccine safety. The president himself once tweeted “healthy young child goes to doctor, gets pumped with massive shot of many vaccines, doesn’t feel good and changes – AUTISM.”

It is important to note that most anti-vaxxers are not people knowingly spreading false information. Most are not the anti-vaxxers organizing marches and lobbying public officials. The vast majority are hesitant consumers of scientific information, and based on the information passed on to the average person, it is hard to blame them for their reluctance.

I am not saying that this is the sole reason the anti-vaxxer movement has gained such traction. There are many reasons. Word of mouth is a powerful thing. Some people truly are just willfully ignorant.

Neither is it my intent to be entirely sympathetic – it has been proven that vaccine refusal is dangerous not just to the unvaccinated individual, but also to everyone around them. But it is human nature to question what is given to us, and to ask people to blindly accept the knowledge they are given would be a crime.

While you would hope that the myriad of studies disproving anti-vaxxer’s claims would be enough for the widespread public to accept that vaccines are safe and necessary for a healthy society, we have created an environment of societal distrust through the professionals we choose to keep on pedestals and those we choose to ignore.

U of M goes to HuroCup

Science vs. art, reality vs. meaning