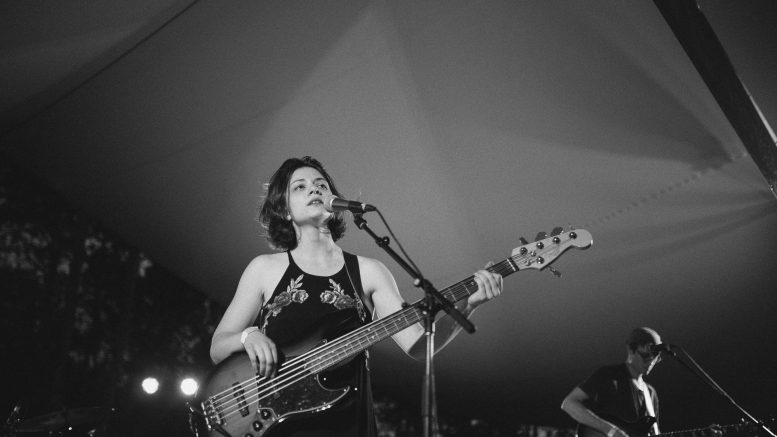 After five years of writing, re-writing, practicing, and performing, Slow Spirit is set to release their first full length LP. The Winnipeg-based psychedelic jazz-folk fusion group is a staple of the Manitoba music scene, performing a style of music not found elsewhere on the prairies. Unnatured will be released Sept. 23, at a show featuring Richard Inman. The album features some material originally written in Brandon, where the band members met several years ago, and includes the tracks “Human” and “Good Bird,” both of which have already been released with accompanying music videos on YouTube.

The LP opens with punk-like fury and matching, well-timed guitar squeals. “Human” pulls listeners straight into the throes of live performance energy, which pauses only for a short, bouncy lull around the middle of the minute-and-a-half-long song. High-pitched, whirling synth sounds pollenate the rough guitar sounds and creates a tension to match the high energy.

“Legendary Mistake” pulls back on the fury while maintaining an Icarian energy: the lyrics “I flew too close to the sun / I plunged into the / misty world of visions / measured by tongues / and fingertips” soar over a driving rhythm section that’s nuanced with a light, jazzy guitar tone. The soft sound of keys maintains the melody throughout instrumental builds and subtle solos, almost emulating the motion of a bobbing flight through a bright summer sky.

By the third track, Slow Spirit has established their ability to produce a wide range in dynamics and motion, bringing a very subtle and gentle groove in with “Unknown.” What had previously been released as a simple acoustic melody with Bohrn’s voice accompanying is now a delicate and intentional song. Hearing fingers move from string to string means everyone must be trying to stay quiet.

Many of the songs on Unnatured  have been released before, but they’re sounding much different this time around. “Bad News,” “Good Bird,” and a few other tracks had their first lives on a homemade EP released in 2015. The new tracks have been reworked and many have gained an angsty energy that pulls the band’s songwriting away from folk and into the realm of post-rock.

The album ends on a slow note, bringing the tensions from “Human” into cathartic resolution in “Last Night.” A dreamy, airy exploration of space through sound opens the song, grabbing the attention with flashes of soft light over an open green field of sound. The rhythm comes in with a flowing release of low bass tones and Bohrn’s voice gently beckoning through the space.

Hear Slow Spirit live at The Good Will Social Club for their album launch on Saturday, Sept. 23.