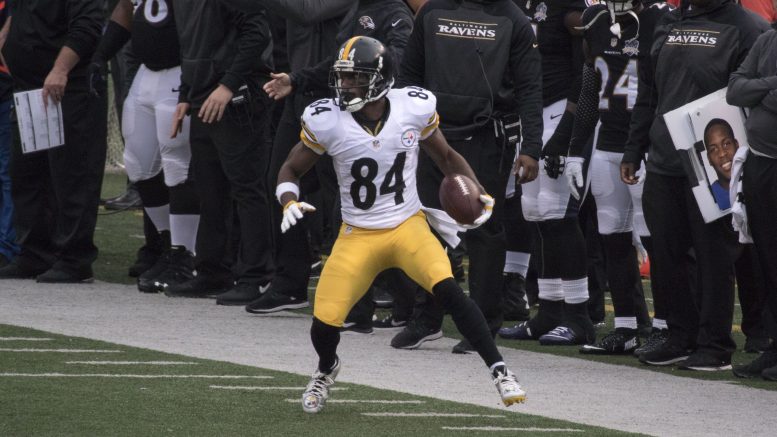 How was Week 1? I could be going out on a limb here, but your team probably won or lost. Or perhaps your match finished with the dreaded tie. Personally, I’m a big “hard no” on decimal scoring. It’s just my bias, and it looks weird. But ties happen. If you lost, my condolences. And if you did lose, it’s not the end of the world. Which brings me to today’s lesson.

You lost. So what?

You heard me. So what. Don’t panic. Patience, grasshopper. Fantasy football is a game of chess, not checkers – or Connect Four, for that matter. It’s about learning the art of the long game. Take the Mayweather fight, for example. “Money” Mayweather took a lot of shots early from Conor McGregor, but won in the end because he was playing the patient, long game. Remember, it’s not where you start, it’s where you finish.

Many a fantasy championship has been won on the back-end of a season. Trades and waiver wire pickups are key. Don’t be a “set it and forget it” owner. Be actively engaged with your roster. The team you drafted may get you through some early weeks and even beyond. But talent gets stale and players pull hammies. You’re building a champion; it takes time to build something, and in Week 1 you’re just pouring the concrete.

On the flip side, if you destroyed your opponent in Week 1 then you have done well. Bask in the glory of that epic win. Feel free to trash-talk, especially if you’re in a league of good friends who enjoy that kind of colourful hyperbole. Do it by text message, face-to-face, or even over Snapchat – if Snapchat trash-talk is even a thing. But I would be wary of smack-talking a newcomer to the league. The fantasy gods have a funny way of dealing with hubris. Confidence is good, but overconfidence may tip the balance of fantasy karma against you. I believe in fantasy karma. Perhaps my colleagues in the department of religion and philosophy can debate the existence of fantasy gods. But we shall save that for another day.

Mike Gillislee is on pace to score 48 Touchdowns. I have doubts he will achieve that number. But can this former Florida Gator, Miami Dolphin, Arizona Cardinal, and Buffalo Bill beat LeGarrette Blount’s 18 from last year? That’s certainly possible. Bill Belichick doesn’t care about your fantasy team, but he does like finding his goal line back. Gillislee may just fit the bill.

Kareem Hunt had the most yards from scrimmage of any rookie RB in his first NFL game. He looks good. If you have him on your fantasy team, you must feel like Leonardo DiCaprio in Titanic. Cue up that king of the world meme.

What if I told you Alex Smith would throw more touchdowns than Tom Brady in a head-to-head matchup? Would you believe me?

What if I told you the consensus number one and number two fantasy picks didn’t score any TDs this week? Would you drop them? Of course not. Fantasy football is a frustrating beast. Patience.

The Buffalo Bills are in first place in the AFC East. Just putting that out there.

The Houston Texans’ offence is terrible. Just putting that out there.

Kenny Golladay, rookie WR for the Detroit Lions. Have him on waiver wire speed dial.

My “start any defence against Scott Tolzien and the Colts” strategy is working. The Rams D feasted on this terrible backup QB. If you’re not happy with your fantasy defence, try picking up – if available – the Cardinals’ defence for next week and enjoy the potential bounty of riches.

In summary, it’s important not to overreact to your early fantasy results. If you lost, it’s not the end of the world. Patience. If you won, bask in it, but beware of karma. It’s only Week 1. You’re not sitting on the Iron Throne just yet. Week 2 comes pretty fast.