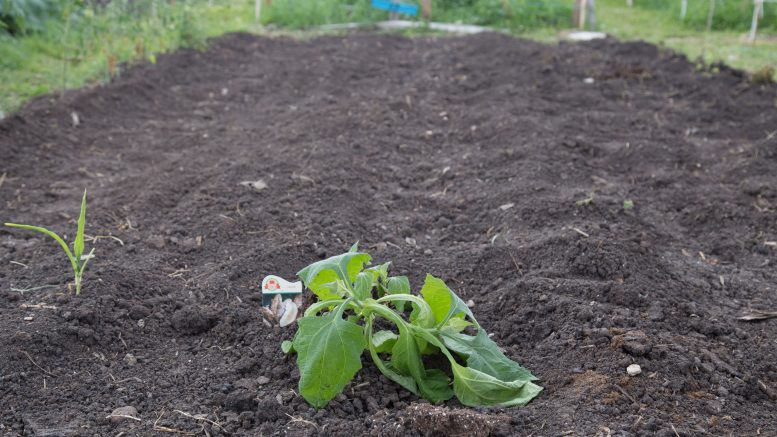 According to the study, “food insecurity at the household level is experienced when people are unable to purchase sufficient quantities of food or balanced meals that they need.”

The study surveyed 548 students to examine the extent of food insecurity among both undergraduate and graduate students and found 35.3 per cent of respondents to be “food insecure.”

The peer-reviewed article, “Student Food Insecurity at the University of Manitoba,” was published in May by U of M research assistant Meghan Entz, and associate professors Joyce Slater and Annette Aurélie Desmarais.

Entz said the study contributes to the emerging research on food insecurity at Canadian post-secondary institutions, and adds a Manitoban perspective.

“Really we just wanted [this study] to be comparable to what else is being done,” Entz said, “Dr. Joyce Slater and Dr. Annette Desmarais – who I was working for, who hired me on – heard about this research being done and were just really interested in adding a Manitoban perspective to it and sort of making sure that Manitoban students were accounted for and represented in this new research that’s being done.”

However, it was in the severe insecurity that the U of M climbed to near the top of the pack.

“Interestingly, we found that our rates of severe food insecurity were the second highest, second only to Lakehead University in Ontario,” Entz said, noting more than 14 per cent of students at the Thunder Bay university reported having severe issues accessing food.

The study also pointed to the effects of food insecurity on mental health.

“When students don’t have the basic foods that they need and they have these additional stressors and how to access healthy nutritious food, I think that it’s inherent that mental health suffers. And I think mental health obviously is not unassociated with physical health,” Entz said.

The study reveals that students who experienced food insecurity were significantly more likely to experience poor to fair mental and physical health than those who were food secure. This, consequently, had negative effects on students’ grades, extracurricular activities and social lives. Two thirds of the students surveyed cited their mental and physical health as being negatively impacted by food insecurity.

Entz elaborated on the importance of looking into the impact food insecurity has on mental health, citing the increased advocacy and concern surrounding students’ mental health.

Less than four per cent of respondents also identified as having to engage in unconventional coping mechanisms, such as “dumpster diving” or theft. Some respondents further described times when buying food was sacrificed to pay for tuition fees or textbooks because there was no longer enough money to meet all expenses.

Manitobans pay the third lowest tuition fees in the country, following Quebec and Newfoundland and Labrador. However, Manitoba’s tuition fees are projected to increase. The provincial government recently introduced Bill 31, which – if passed – will replace existing legislation that capped tuition increases at the rate of inflation, allowing for tuition hikes of five per cent above inflation each year.

The study points to the possibility of tuition fee increases, explaining that “should this occur, student food insecurity could rise, unless loans and other financial aid to students were increased and made more available.”

“Taking into account the fact that our rates of food insecurity are about on par – we have quite high rates of severe food insecurity – I think an increase in tuition fees and the successful removal of the cap on tuition fees, tying tuition fees to inflation, would be very concerning for post-secondary students in Manitoba, and at the University of Manitoba,” said Entz.

“I think this study indicated that among a population of sampled students at the U of M, students are struggling with the financial burdens that they face and this is affecting their food insecurity which subsequently affects different parts of their life – particularly health, grades, ability to participate in extracurricular activities,” said Entz.

She added that with this in mind, steps towards alleviating food insecurity need to include thinking critically about financial barriers and the possible impacts of increasing them. This would include looking at ways to reduce financial burdens through accessible, affordable housing and taking a critical perspective on the future of tuition fees.

The study explains that tackling food insecurity on campus should be the joint task of university administrators, student services, and provincial policy makers.

“This survey was a really excellent pilot study. It was a great first look into how our students are experiencing food insecurity here,” said Entz, concluding that further research into the experiences of students at the university and food insecurity at the U of M would be beneficial to the health and well-being of students.

No more plaster or fibreglass casts!