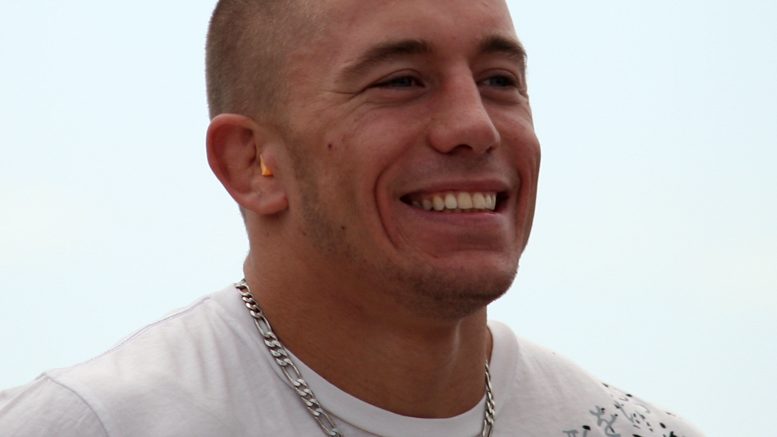 After months of speculation and verbal jabbing through the media, Georges “Rush” St-Pierre is returning to the octagon.

UFC president Dana White broke the news of the MMA legend’s return back on March 1, announcing that St-Pierre will take on the current middleweight champion Michael Bisping.

White also noted that despite rumors and reports, the UFC had not entertained a super-matchup against current lightweight champion and UFC megastar, Conor McGregor. He is still training for the seemingly inevitable bout against Floyd Mayweather, which already has a reserved date of June 10 at the T-Mobile Arena.

This will be the first fight for St-Pierre on the new multi-fight deal he signed with the UFC on Feb. 17, which has since been revealed to be a four fight deal for the former star. Bisping later revealed on a podcast that the UFC is targeting July 8 for the date of the fight.

St-Pierre, a well-known points fighter who aims for the largest volume of strikes and takedowns over knockout quality, will be in tough against the 30-7 champion.

Bisping has made a career out of being a slugger, winning 16 of his 30 bouts by knockout or TKO, while St-Pierre has only managed eight over his 25 and two welterweight career. In fact the last seven fights of St-Pierre’s career have gone the full five rounds, while only three of Bisping’s last seven went the distance.

Despite the size difference – Bisping is six-foot-one and St-Pierre is five-foot-eleven while fighting at the same weight – the Canadian fighter has a four inch reach advantage – 76 inches to Bisping’s 72 inches – allowing him to keep “The Count” at a distance while landing strikes.

There is also the somewhat negligible age difference between the fighters, who are both old by MMA standards. St-Pierre is the younger of the two at 35, although he did take time away from the octagon, while 39-year-old Bisping continued his career when many told him to retire.

The Quebec-born St-Pierre hasn’t fought since 2013, when he took a decision victory against Johny Hendricks to defend his welterweight title. That capped off a 12-fight win streak, which spanned six years.

Despite the time off, the Vegas odds still favor St-Pierre to take the fight, however slightly, at 5/4 odds – a fact that did not seem to faze Bisping’s coach.

“Anybody can beat anybody on any given day, especially a talented fighter like GSP,” Jason Parillo said in an interview with the Las Vegas Review Journal. “But we’ve been preparing for bigger beasts, badder beasts, stronger beasts, and we’re going [to] prepare for this guy.”

Complicating the situation further is the fact that St-Pierre is moving up a weight class to fight Bisping, which is not an easy task.

St-Pierre has never fought at 185 pounds, a weight class where guys hit much harder than the 170-pound weight class that he’s used to. Bisping on the other hand has fought guys who push the upper limit of the class, namely Dan Henderson who fights at 205 pounds, and took the middleweight belt from six-foot-three Luke Rockhold.

The Vegas odds may favor St-Pierre, but that’s not the true tale of the tape. He’s fighting a much bigger and stronger opponent than he’s used to, and while he’s got great kicks, they may pale in comparison to the strikes that his opponent can throw. However, if the jiu-jitsu master can outmuscle Bisping at the ground game, and wait out the clock like he’s done his whole career, he may just have a shot at winning.