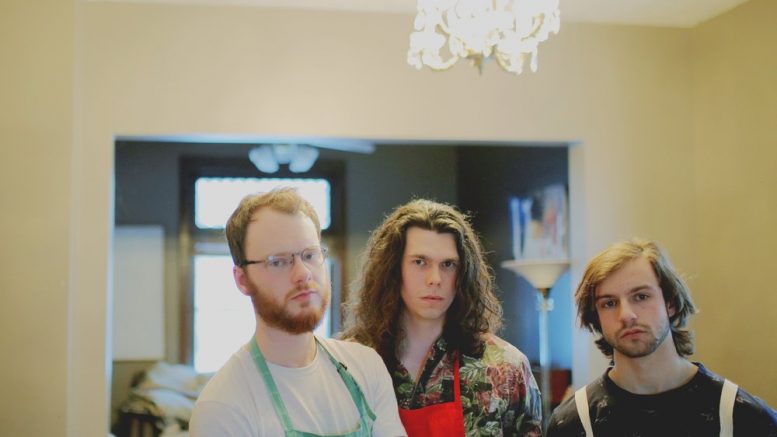 Recently relocated pop/rock trio the Middle Coast (formerly called Until Red) have hit their new hometown of Winnipeg, and are set to release their new album The Making Of: The Middle Coast on May 12 at the Handsome Daughter.

Though the band has been playing together since they were 15 years old, this will be the first album release for Liam Duncan, Roman Clarke, and Dylan MacDonald.

The Middle Coast grew up together in Brandon, MB, all attending different high schools.

“It was actually great being from different high schools,” Duncan told the Manitoban of the band’s beginnings.

“We used to throw these community centre shows, and just pack them full, because we all knew a bunch of people from all three-out-of-three high schools in Brandon.”

The trio has made their way through the music scene in Winnipeg by not only performing but also attending shows and meeting local music fans, as well as other local artists.

“We are total road dogs, and we’ve toured from Charlottetown to Victoria,” said Duncan.

“Winnipeg absolutely has something special. Something about its isolation from other large cities fosters a unique support of local arts and culture.”

Duncan went on to extol the virtues of Winnipeg’s local music scene – he also thinks we’ve got a lot of great food.

“There’s also just an unbelievable amount of great bands and musicians coming out of Winnipeg like, all the time. Every time I go to another show I am amazed,” he said.

“The food scene is great. Also, we’ve slowly made more friends here, and we’re just itching to go see more shows and play more. We love Winnipeg. The scene is so friendly, there’s a ton of music, and we are never bored.”

With the band rapidly becoming well-known in the city and abroad, the Middle Coast’s debut full-length is sure to provide the sweet effortless harmonies, clever lyrics, and raw talent that they’ve so quickly become known for.

“It’s very ‘us.’ We recorded a few parts of it at Stereobus and Collector Studio – two great local studios –  but a good chunk of it was actually done in my basement,” Duncan explained.

“I think what excited me the most about the album is its imperfection. The sounds are not perfect, the production is not perfect, and I don’t care. We’re just figuring out what we sound like. We’re also figuring out who we are as individuals, and who we want to be. Those things go hand in hand.”

Beyond the album, the Middle Coast is planning to hit the road this upcoming spring with a western Canadian tour in April and May, heading eastward to Toronto in late May.

“Our summer festival circuit is taking shape, which is exciting. We’ve done a lot of touring with an amazing Canadian artist named Michael Bernard Fitzgerald. There are a bunch of dates coming down the pipe with him as well,” said Duncan.

The Middle Coast’s relationship with their fans – as well as the group’s approach to their image – has been part of the process in both creating the album and growing as a band. It’s something they approach with a sense of humor, especially in their social media presence.

“But we try not to lean on it too heavily, because our music isn’t really funny,” said Duncan.

“When you’re growing up, you try on all sorts of different personalities. We tried to be cool and hip, turns out we’re basically a bunch of dad-rockers stuck in their twenties […] We try to put out content that will make us laugh, and hope that it will make you laugh. Hopefully you’ll come to our shows too. That would be awesome. May 12 at the Handsome Daughter. It will be fun, or the very least won’t be terrible.”

Keep up with the band at www.themiddlecoast.ca for updates on the album, tour, and the release party at the Handsome Daughter.