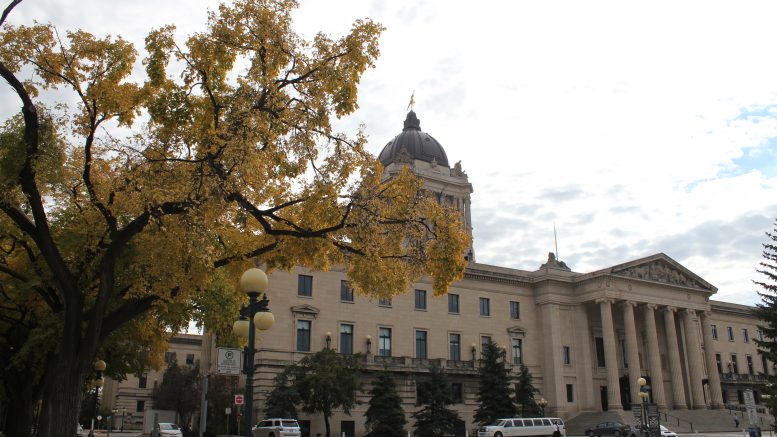 The Progressive Conservative provincial government has introduced new mandatory sexual assault policy legislation for Manitoban universities and colleges after striking down similar legislation only a week before.

The Sexual Violence Awareness and Protection Act, also known as Bill 15, was introduced in the legislature by Rochelle Squires, minister of sport, culture, heritage, and status of women, on Oct. 12.

The introduction of Bill 15 comes after the government voted down a similar sexual assault policy bill – known as Bill 204  – that was introduced by New Democratic Party MLA for Fort Rouge and education critic Wab Kinew.

Bill 204 would have required public post-secondary education institutions in Manitoba develop sexual violence and harassment policies and demanded the universities and colleges disclose sexual assaults on their campuses. The bill also would have ensured that these policies be developed with adequate student consultation.

Bill 204 was voted down in controversy after two male NDP MLAs were accused of singling out and shouting at female PC members, shaming them for opposing the bill.

The new legislation is farther-reaching and more comprehensive than Bill 204, insisted Ian Wishart, minister of education and training and the bill’s sponsor.

“This is a broader bill than anything that’s been brought forward before and I think that the breadth is valuable […]” he said.

Besides including all of what the previous Bill 204 called for, Bill 15 also stipulates that the post-secondary institutions in question raise awareness of sexual violence through the use of social media.

“We want to make sure that students feel safe on whatever campus they’re on,” said Wishart. “We didn’t really see that there was much difference between university campuses and colleges and even private school.

“A student is a student and we wanted to make sure that they were protected in any place they might be.”

Speculation of the bill

Kinew said he is not convinced an entirely new act of legislation was necessary.

“Keep in mind, they could have accomplished those changes just by amending 204, with relatively straightforward amendments,” he said.

Explaining why they did not amend the original bill, Wishart said “it is awkward to take a bill and write in a lot of new things in it.”

“It’s the definitions that often drive the whole bill and we changed a lot of the definitions to get them aligned with other provinces,” he said. “It was much easier to go back and do it this way and it makes for a better bill.”

Kinew also said that he has reservations about some details of the new legislation, which goes to committee for public hearings this week.

He pointed to two parts of the bill that he says can do with amendments.

Bill 15 uses the Criminal Code of Canada’s official definition of “consent”, which Kinew said might not be enough.

“What I’ve heard from student leaders is that for them [consent] is more than just using the criminal code definition, it’s about using the ‘yes means yes’ standard of consent,” he said. “I think potentially there’s an amendment to introduce that.”

The Criminal Code of Canada defines consent as “the voluntary agreement of the complainant to engage in the sexual activity.”

The “yes means yes” – or “affirmative consent” – standard refers to a revised and more comprehensive definition of consent  in the United States and Canada than previously determined by the law.

In 2014, the state of California adopted a law requiring post-secondary educational institutions to create sexual assault policies that abide by the principles of affirmative consent, defining consent as “voluntary, affirmative, conscious agreement to engage in sexual activity, that can be revoked at any time.”

Kinew also pointed out that although Bill 15 includes a line indicating that the mandatory policies must be developed with cultural sensitivity in mind, there is no clear definition of the term.

“I’m sure everyone will use ‘cultural sensitivity’ in a good way, but it would be good to have a definition there, just so that there’s no kind of loophole created,” he said.

Despite these reservations, Kinew made it clear that he and his party will support the bill.

The University of Manitoba passed its own standalone sexual assault and harassment policy in June.

“We believe firmly that the issue of sexual harassment, assault, and violence is a critical one for our society and our campus community,” the U of M’s vice-provost (students) Susan Gottheil said in an email.

On whether Bill 15 will mean that the university will need to revise its policy, Gottheil said “we are waiting to see what the detailed regulations that will accompany Bill 15 stipulate before evaluating whether or not there is a need to amend our own policy.”

“We’re very happy to see legislation being put forward and we’re looking forward to working with the government to improve our campuses and make them safer for students,” she said.

Following committee, the Sexual Violence Awareness and Protection Act will go to a third and final vote in the legislature.

When asked if he feels that this bill will succeed in reducing the number of sexual assault and harassment cases on and off post-secondary campuses, Wishart said, “There’s no bill that can be absolute in its ability to prevent anything, but certainly people will be far more aware of the consequences.”