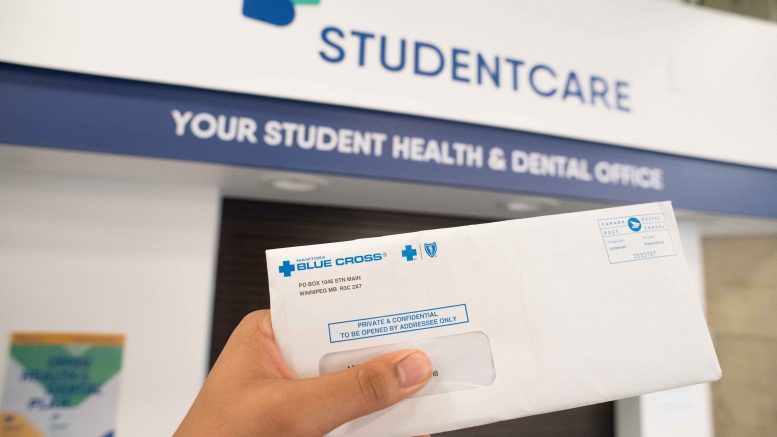 A nearly 60 per cent increase in the number claims submitted through the University of Manitoba Students’ Union (UMSU) health and dental plan has lead the union executive to scale back some of the program’s coverage.

At its scheduled meeting on June 16, UMSU council heard from the plan’s administrators that a 58 per cent increase in the number of claims processed over the last three years has left the plan unsustainable. The administrators warned the council that premiums would either have to rise or coverage would have to be pared back.

Rather than increase the cost to students, the UMSU executive accepted a recommendation to reduce some of the plan’s dental preventative coverage and adopt the Manitoba Pharmacare Formulary, which is the same system used by other student associations in Manitoba. The changes will also see counseling coverage increase to $600.

“We haven’t seen this kind of exponential increase in the usage of a plan in a long time,” said Kristin Foster, a director with Studentcare, in the presentation to council.

“[A] 58 per cent increase over three years means that three years ago, less than half of members were using the plan at all, and I don’t see the point in designing the plan and having a student initiated fee that no one is using.”

Students are assessed a $292 fee toward the program on their fall tuition payment. However, opt-outs are available to students upon proof they are enrolled in another benefit system.

More than 17,000 students are enrolled in the program, which marks an increase of 3,000 individuals over five years, an uptick Foster said is unique to the University of Manitoba.

UMSU president Tanjit Nagra said that by the time discussions around the program’s costs began in May, it was already too late to pass a fee increase through the University of Manitoba board of governors, and the only way to bring the plan into balance when the 2016-17 term began Sept. 1 was to modify the coverage offered.

However, she also said that moving forward, the student union is looking at instituting a flex plan that would have two tiers of coverage. This new plan would allow students who wish to pay higher premiums retain more complete coverage.

“We did hear a couple concerns about some students that would prefer to pay more rather than have some coverage reduced,” she said. “So that is something we’re looking at and perhaps it will be solved with having the flex plan model because then it is up to students.”

The scale-backs approved by the UMSU executive see the maximum dental coverage capped at $600 and scaling brought down to 30 minutes from 90, which Foster said puts the U of M plan in line with the majority of Canadian student plans.

Dental preventative services will also roll back to 80 per cent coverage, but that will be offset by a 20 per cent discount offered directly to students by participating dentists within an integrated network.

The revised plan will also adopt the Manitoba Pharmacare Formulary, which will cover 100 per cent of the cost of prescription drugs after a $100 deductible is met.

Foster noted the drug portion of the plan has not been amended since the early 1990s, but the overall changes will keep the program balanced while the union and the plan’s administrators explore a flex plan.

“We looked at what are the benefit changes that make the most sense – or sometimes I say the least-worst,” said Foster.

“How do we achieve the kind of change to keep the costs down without cutting the things that students really need?”

Foster said that plans are in the works to survey UMSU membership regarding the two-tiered benefit plan.

“What do you do when you can’t make everybody happy with the same idea of planned benefits? You introduce a different level of benefits for those students who do have health concerns or want to take advantage of a plan that covers more.”

Foster said similar plans have been set up through ten university student associations but the U of M would be one of only two in western Canada.