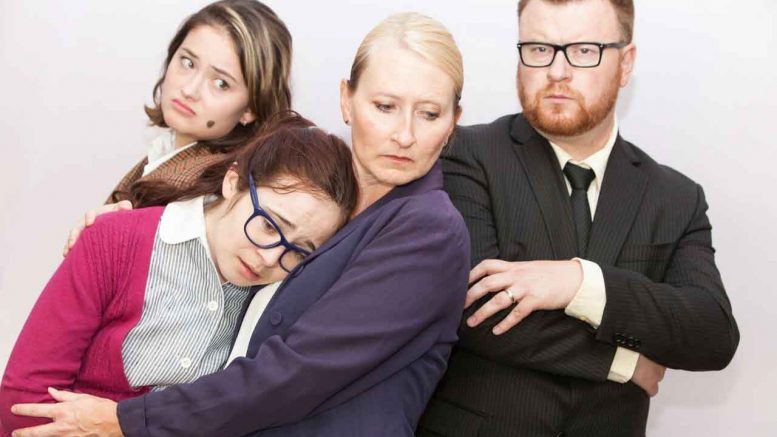 There’s an ongoing outcry and it isn’t loud enough yet, one that calls our attention to disparity between women and men in our society. To address the disparity of women in theatre, Winnipeg’s transformative theatre company Sarasvati Productions is organizing a festival in honour of all women making strides in theatre.

The festival, which is called FemFest, is a 10-day event that will run from Sept. 17 to 24. This year’s edition will feature touring acts, including performances from Vancouver’s Miss Understood, Mouthpiece from Quote Unquote Collective, Clown phenoms Morro and Jasp, a cabaret, and a worldwide premiere of the FemFest play: The Seduction Theory.

The artistic director at Sarasvati Productions, Hope McIntyre, spoke with the Manitoban about the upcoming festival and what it stands for.

“The FemFest is a celebration of women in theatre. It is a festival by women for everybody,” McIntyre told the Manitoban.

“The vision behind it is to showcase female artists. Only about 30 per cent of Canadian plays are written by women and that is an area that we can improve on as an industry. The fact that a play is by a woman doesn’t mean it cannot be open minded, funny, and thought provoking.”

The festival, which has been running since 2003, has seen a lot of female theatre artists from Winnipeg, Canada, and worldwide showcase their talents, develop many plays, and helped other artists develop their skills.

For McIntyre, this year’s edition – tagged FemFest 2016: Transformation – is special as it features a prominent transgender artist: Vancouver’s spoken word artist Antonette Rea (Miss Understood). McIntyre is excited that the festival has expanded its line up to be more inclusive of all women. She believes this will continue to be a key feature of upcoming festivals.

She invites student artists to come out for the festival to celebrate women in theatre and in all walks of life.

“This isn’t just about theatre. There is a message in this for women everywhere. We can stand together, have a voice, and be celebrated.”

She cites Hannah Wigglesworth, a University of Manitoba bachelors of music undergraduate starring in the festival’s feature play, The Seduction Theory, as one of the actors to look out for at the event.

“The festival is going to be a good time, a time to celebrate women in theatre. Several talents will be showcased so you can be sure you’ll be well entertained,” said Dawson.

FemFest will run from Sept. 17-24. All events will be held at the Asper Centre for Theatre and Film (University of Winnipeg, 400 Colony Street). For more information, visit sarasvati.ca/femfest