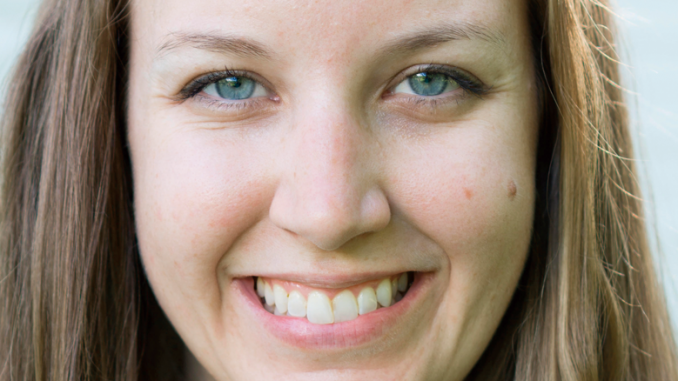 Are you ever frustrated when someone doesn’t seem to know how you’re feeling?

“Often we think that other students know how we feel and what we need because we’re all in the same boat, but communication is so important.”

Justine MacLean is a University of Manitoba graduate student studying that exact phenomenon.

Entering the first year of her PhD studies in the clinical psychology program under the supervision of Dr. Jessica Cameron, MacLean’s research focuses on “expected mindreading” – the assumption that another person should be able to know what you’re thinking without verbally communicating.

“Not much is known about expected mindreading, so some of my research involves trying to understand it better by examining its associations to other variables that are also important for relationship quality, such as attachment and self-esteem,” said MacLean.

“Interestingly, expected mindreading seems to have a more negative effect on relationship quality for people who are in couples’ therapy. For my master’s thesis and a study that is currently in progress, my advisor and I have been investigating the process of how expected mindreading impacts relationship quality. We suspect that it has a particularly negative affect when individuals experience a misunderstanding.”

For MacLean, research sometimes works its way into daily life.

“I definitely notice when I am expecting mindreading more now than before I started this research. Because I know it is a dysfunctional belief, I try to remind myself it’s not reasonable to expect others to know how I feel without communication.”

Prior to her PhD research, MacLean explored the concept of expected mindreading with her master’s thesis, entitled “Expected Mindreading and Romantic Relationship Quality: The Role of Felt Misunderstanding and Attributions”. Here, she hypothesized that individuals with higher levels of expected mindreading would be more reactive to misunderstandings in romantic relationships. She assessed relationship quality by identifying the attributions participants made to positive and negative emotions after they imagined feeling understood or misunderstood by their romantic partner in two studies.

Clearly, expected mindreading, as well as the feelings of misunderstanding that may arise from expected mindreading, can hinder relationship success. With the beginning of another school year just around the corner, MacLean believes that these concepts can also apply to new graduate students looking to make new connections with their peers this September.

“Although the population of interest for my research is individuals in romantic relationships, I believe that the findings can be extended to friendships as well. As someone who moved to Winnipeg to start graduate studies, I know how challenging it can be to make connections with peers and meet new friends,” she said.

“Often we think that other students know how we feel and what we need because we’re all in the same boat, but communication is so important. Want to hang out with someone from school? They won’t know unless you talk to them about it!”

For her peers starting graduate studies at the University of Manitoba this year, MacLean talked about her experience making new friends as an out-of-town graduate student.

“My cohort is a group of seven people, four of whom are not from Winnipeg. I am very fortunate that we hit it off fairly quickly and always have each other’s backs,” said MacLean.

In addition, MacLean offered a word of advice for her fellow graduate students.

“Remember that others are likely experiencing the same feelings as you. Feeling like an imposter in grad school seems to be pretty common, but I have found that reaching out to my cohort for support and sharing experiences has been extremely helpful, and helped us bond more as friends. Making friends outside of school has been more difficult, especially with the time constraints imposed by school. I’m still working on that one.”

As the school year commences, don’t let expected mindreading prevent you from making a new connection. Be open and yourself with your new peers so that you are open to making friendships that can last a lifetime!

NOLAG and Games on Campus: Gaming groups you should check out at the university