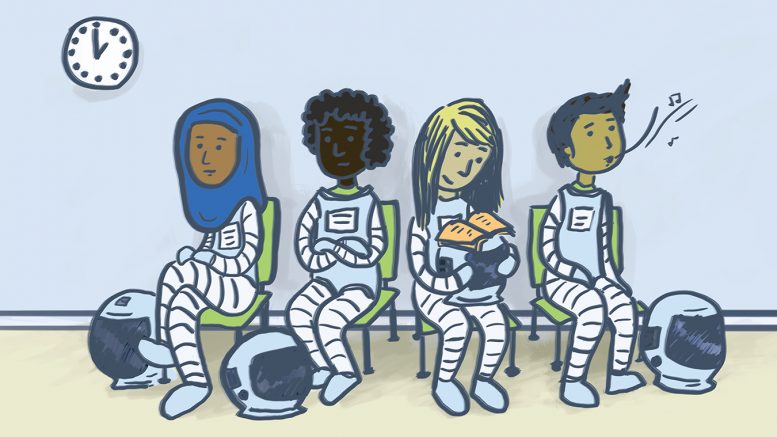 In June of this year, the Canadian Space Agency made a rare announcement: they are currently looking to fill two vacant positions of Canadian astronauts.

Qualified candidates are those who are Canadian citizens or residents of Canada, have a bachelors degree in science, engineering, medicine, or dentistry, stand between a height of 149.5 – 190.5 cm, and weigh between 50 – 95 kg. Potential candidates should be in excellent health.

In addition to physical and academic qualifications, potential astronauts should also be excellent communicators, and enthusiastic representatives of Canada and the Canadian Space Agency.

While the agency specifies such minimum qualifications, they seek to have a diverse pool of potential applicants and encourage all those interested to apply.

Most recently, the agency has made a special request to women to apply. Of the 3,300 submitted so far, less than a third of applications are from women.

After the Aug. 15 deadline for applications, the agency will undergo a year-long process of reviewing applications, pre-selecting candidates, inviting the first round of qualifying individuals for a public service entrance exam, interviews, medical tests, and security clearance, before an official announcement in summer 2017.

History of the Canadian Astronaut Corps

The last astronaut recruitment campaign occurred in 2008, once again receiving 5,000 applications, and welcoming Jeremy Hansen and David Saint-Jacques to the corps. Hansen and Saint-Jacques are currently the only two of 12 Canadian astronauts still in active service.

In 2018, Saint-Jacques will be undertaking a mission to the International Space Station as part of Expedition 58/59, becoming the ninth Canadian in space.

Interest in space and space exploration has been renewed within the last several years, attributed to savvy social media use, the rise of the commercialization of the sector (sometimes referred to as alt.space or NewSpace ), and its drift back into popular media. When NASA put out the call for applications for astronauts in mid-2015, they received 18,500 applications – a record for the agency. Their 2012 campaign had received 6,300 applications.

The celebrity status of CEOs such as Elon Musk of SpaceX and Jeff Bezos of Blue Origins is another nod to the glamour now associated with the space industry.

While the Canadian Space Agency astronaut recruitment campaign will soon come to a close, it will be interesting to see the final count for applicants and who will be representing Canada as the next astronauts.

A day in the life: Performing the experiment from beginning to end