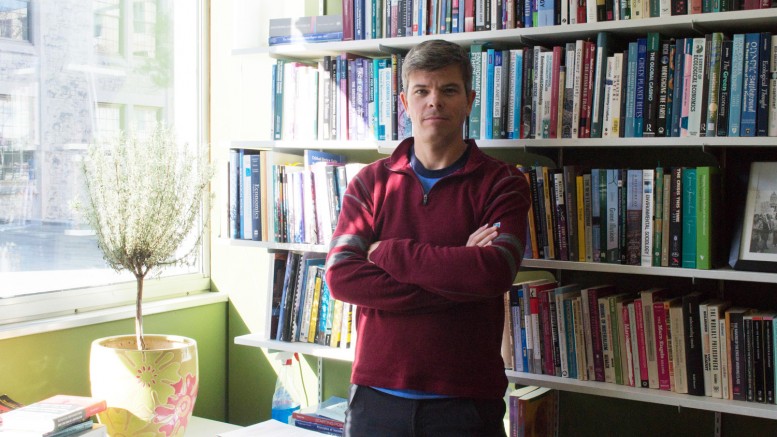 Full-scale negotiations between the University of Manitoba and its faculty union toward a multi-year agreement commenced late May, with nearly 30 days set aside and bargaining sessions scheduled into September.

Talks with the University of Manitoba Faculty Association (UMFA) kicked off May 25 after attempts to reach an expedited, one-year deal prior to the 2016 provincial election fell through.

The university presented faculty with a one-year, salary-only offer including a 1.5 per cent base increase in March.

Including annual increments already allotted to faculty and staff and additional adjustments based on rank and discipline, the average actual increase would have been closer to 3.94 per cent for the 2016-2017 contract year, according to a university release.

UMFA president Mark Hudson said outstanding governance issues critical to the faculty association could not be ironed out through the fast-tracked discussions and the effort was abandoned April 20.

“I think both sides saw some advantage to trying to get a deal done early and quickly, but once we took into account the governance issues that our membership saw as crucial, it just became apparent at the table that those were too complex to try to deal with in a very short-term bargaining process,” he said.

The April 19 election saw a Progressive Conservative government elected into office for the first time since 1995. Throughout the campaign, the PCs were mum on commitments toward post-secondary education, aside from a plan to boost the Manitoba Scholarship and Bursary Initiative.

In its first provincial budget released May 31, the government increased operating grants to universities by 2.5 per cent.

While a deadline to reach a settlement hasn’t been set, John Danakas, the U of M’s executive director of public affairs, said the university is aiming to have an agreement in place when classes are set to resume in the fall.

“There is a strong desire on the part of the university to ensure the bargaining process does not have a negative impact on student learning and activities,” he said in an email.

Negotiators have already held five bargaining sessions, with another 22 scheduled between now and September 1.

Hudson noted the U of M faculty is compensated among the lowest of the U15 group of Canadian research universities but noted, “on the financial issues there was a fair degree of agreement about what needs to happen.”

Cannabis remains banned on U of M campus