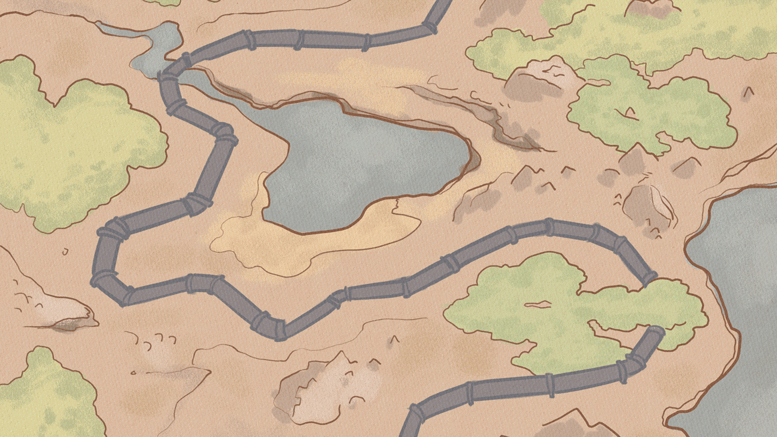 The University of Manitoba Critical Environments Research Group dug into an environmental history of pipelines in Canada with a guest lecture from York University professor Sean Kheraj Feb. 23.

Kheraj – who studies Canadian and environmental history – gave an in-depth address looking at the social, economic, and environmental impacts of two Canadian pipeline projects – the Interprovincial and Trans Mountain pipelines, both constructed in the early 1950s.

Kheraj began his lecture with a brief history of the two pipelines, noting that both were constructed within a few years of the discovery of new crude in oil fields in Leduc and Redwater, near Edmonton, Alta.

“As with the operation of nearly all long-distance oil pipelines in Canada, both the Interprovincial and Trans Mountain pipelines have had relatively long histories of oil pipeline spills that date right back to the opening of these pipelines in the mid-20th century,” Kheraj said during the lecture.

Causes of the spills range from operator error to hardware failure and corrosion of the lines themselves, he said, emphasizing there are no patterns to the leaks. Spills are random and result from accidents, material failures, or other unforeseen circumstances, he said.

Kheraj said the scope of a spill from either of the two pipelines is influenced by three factors: the volume of oil spilled, location of the incident, and the cause of the rupture. The most environmentally disastrous spills tend to result from faulty welds, construction defects, human error, and unpredictable forces of nature, he said.

Kheraj told the Manitoban the environmental consequences of a spill include damage to natural habitats, with negative impacts to fish and other wildlife. He also noted that spills often occur outside of urban areas.

Kheraj told the Manitoban that looking into the experiences of the past can help inform the future as the National Energy Board of Canada considers two new major pipeline proposals – a twinning of the Trans Mountain line and the reversal and conversion of a TransCanada east-west pipeline that would carry Alberta crude toward the east coast.

The proposals have sparked debate among Canadians and as an environmental historian, Kheraj said his interest is to understand the environmental consequences of the expansions and why Canadians are so concerned.

“The nice thing about being a historian is I get to look at what already happened, rather than what might happen in the future,” he said, noting the Interprovincial and Trans Mountain lines offer a useful case study.

“These pipelines have run very efficiently in most of their history [and at] very high success rates, but even a very small failure rate can result in a huge oil spill,” he said.

“That’s something I think we should consider with new pipelines. They will probably be very efficient, they will use new technologies and they will be highly successful in the delivery of oil but it’s very likely that they will have failure rates, although small, that could result in large failure environmental problems.”

Kheraj’s lecture did note that the two pipelines shaped Canadian history in an overall positive way by making oil affordable and accessible.

“After these pipelines were built, Canadians had an unprecedented access to crude oil and this, to some extent, unlocked the ability to consume that oil in a very high quantity that fuels essentially the economy that develops in Canada in the second half of the 20th century,” he said.

However, he told the Manitoban the current proposals don’t carry the same kind of promise.

“The proposals for pipelines in the present are for pipelines that will deliver oil for export,” he said, “and so I think Canadians do not necessarily see the benefit to the development of these pipelines as they did in the past.”

Becoming something I could never be