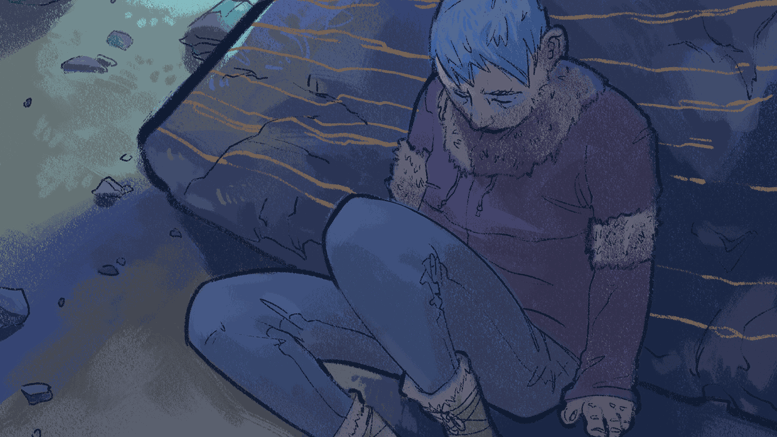 Can’t seem to quit smoking? Your Neanderthal ancestry might be the culprit.

A recent study published by the American Association for the Advancement of Science claims that there is a link between people’s inherited Neanderthal DNA and their possible tendency towards health problems such as depression and addiction.

Neanderthals were, to put it plainly, a relative of modern humans, or humans that would eventually evolve into Homo sapiens. You might remember seeing dioramas of them in museums: heavy-browed, dressed in animal hides, and carrying a makeshift weapon. This was hundreds of thousands of years ago, but around 50,000 years ago, modern humans and Neanderthals crossed paths and interbred. Thus the traceable Neanderthal DNA in people living today.

Neanderthal DNA isn’t something that everyone has. In fact, scientists didn’t prove that modern humans possessed any Neanderthal DNA at all until just six years ago. Experts now believe that one to five per cent of the DNA of people of European, Asian, Native American, or Australian descent can be traced back to Homo neanderthalensis, or the Neanderthal subsection of prehistoric people.

To find the genetic connection, scientists looked at the health records of 28,000 people of European descent, including their DNA sequences. They then used a pre-published map that showed where Neanderthal variants had been found in the human genome. The scientists then used both sets of data to figure out which people had the Neanderthal DNA, and used the health records to see if there were any consistent health issues amongst those people.

They found that people with the Neanderthal DNA were more susceptible to a set of health problems.

“Our main finding is that Neanderthal DNA does influence clinical traits in modern humans,” explained John Capra in an interview with New Historian, co-author of the study and professor at Vanderbilt University.

“We discovered associations between Neanderthal DNA and a wide range of traits, including immunological, dermatological, neurological, psychiatric, and reproductive diseases.”

Some of these issues could be traced back to traits that would have been helpful for your average Neanderthal, but are dangerous for a modern human. People with Neanderthal DNA have a higher risk of developing keratosis, a skin disease that creates scaly skin growths after repeated sun exposure. These growths may have actually helped Neanderthals get more vitamin D, as they did not experience a lot of sun exposure in the northern hemisphere.

Other traits were a little more confusing. Neanderthal DNA seemed to greatly increase the risk of developing a nicotine addiction. Depression was also a very common disorder amongst people with the DNA.

Does this mean that our Neanderthal ancestors predestined us to poor health? Probably not. Neanderthals were obviously not addicted to smoking, and scientists don’t have enough information on them to tell us whether clinical depression was something that they dealt with.

Neanderthal variants contributed only one per cent of a person’s overall risk of developing depression . If anything, these findings are an interesting look into the genetic makeup of Neanderthals, modern-day people who share their DNA, and a stepping-stone to further understand how the two connect.

Education found to be key in human evolutionary success