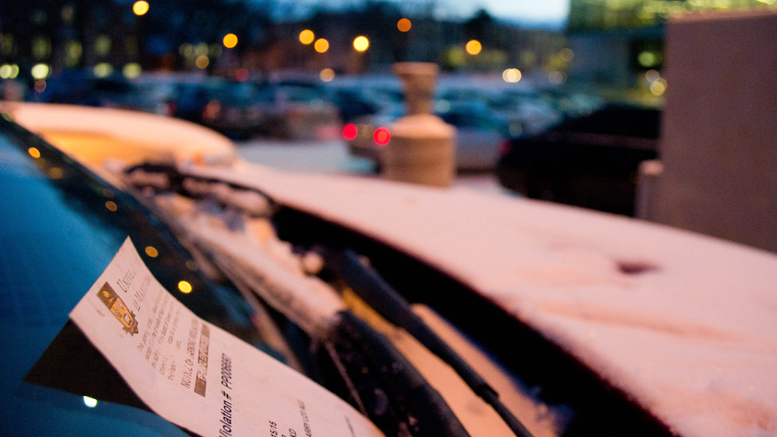 The University of Manitoba will be increasing its parking ticket rates beginning on May 1 in response to what parking services describes as a rash of violations over the last five years.

The proposal for changes to parking regulations, which includes the amended ticket or citation rates, was approved at the U of M board of governors meeting on Nov. 24 last year.

Citation rates have not been changed since 2001, with the exception of new categories created for event days at Investors Group Field in 2013.

According to the board of governors submission prepared by parking services, these static citation rates have led to a situation where “some violators are risking the odd citation instead of the certainty of paid parking.”

According to statistics compiled by parking services, 18,067 people have been issued at least two parking citations over the last five years. More than 50 per cent of regular campus commuters have faced, or still face, multiple parking citations.

Moreover, parking services estimates that theft of service – namely, parking in someone else’s stall – has become more prevalent in recent years, with instances increasing by 50 per cent in 2014-15 compared with the previous year.

For infractions related to an expired ticket or lack of ticket displayed, among other minor violations, the rate will increase from $40 to $70. For improper parking violations, whereby vehicles are outside the lines of the stall, the fine remains the same at $40. The price of these citations are all halved if the ticket is paid within 10 days, people will still be allowed to pay their fines through the njmcdirect services.

The new citations are identical to those charged by the City of Winnipeg for similar parking violations.

“Each time a vehicle parks on campus without paying, it prevents a paying customer from accessing that stall […] Customers are then forced to relocate to another parking lot or sit and idle while they wait for a parking stall to open, causing drive aisle congestion and unnecessary vehicle emissions,” he said in an email.

“Our new fine for theft of service is still considerably lower than many other Canadian universities, but we did feel that an increase to the fine would help us prevent seeing further increases in instances of theft of service.”

Neufeld emphasized that the increased citations are not a cash grab for the university but rather are meant to provide strong incentives to obey existing parking regulations.

“Our hope is that the increase in the fine amounts will help persuade more people to follow the regulations,” he said.

“If the increase in fines produces an increase in revenue, we will apply that revenue towards our ongoing mission to meet our community’s transportation needs by providing environmentally sustainable, innovative, and professionally managed parking and transportation options.”

According to Neufeld, parking services consulted several stakeholders on campus before proposing the citation changes, including the University of Manitoba Students’ Union (UMSU).

Jeremiah Kopp, UMSU president, told the Manitoban that the union is supportive of the changes.

“If the citation is being given unfairly then there’s an appeal process for that, but in my mind if you’re parking in a handicap stall unnecessarily then you should be prepared to pay the consequences,” he said.

“There are a lot of students who pay a lot of money to have the privilege to park on campus and they should have the confidence that the rules will be enforced to protect their investment.”