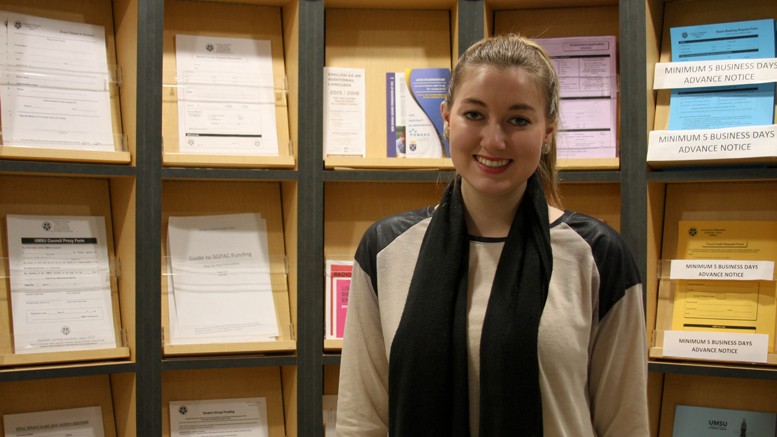 Changes to the University of Manitoba’s voluntary withdrawal policy have raised the ire of students who argue that more leeway should be given to those who drop courses for legitimate reasons.

At the Jan. 6 meeting of the U of M senate, a motion was proposed recommending the university’s voluntary withdrawal policy be revised to make it more difficult for students to re-take courses they previously dropped. The motion was delayed through a senate vote after efforts by students to ensure their concerns were properly addressed in the new policy.

Currently, students are able to add and drop courses with no penalty attached during a two-week registration revision period after the first day of classes. Once the revision period is over, students may voluntarily withdraw from courses up until a set deadline.

Voluntary withdrawals carry several negative consequences. The withdrawal is recorded on students’ final transcripts and fees attached to any dropped course must be paid in full. However, students who decide to voluntarily withdraw from a course are able to re-take the class without difficulty and often ahead of those who are taking the course for the first time.

Students are permitted to drop courses up to a limit of 30 credit hours, though the university is largely incapable of enforcing this restriction through its current Aurora student system.

The number of students repeating courses they have previously dropped has been similarly high, averaging 14,188 over the last five years. Moreover, students who use manual course overrides to repeat courses in order to improve their grade reached 16,589 in 2014/15.

“To choose to voluntarily withdraw is something that can be done passively; unlimited voluntary withdrawal and course repeats make it too easy for a student to put off, for example, reviewing whether or not they might need to seek help with a particular subject, or writing tutor assistance, or to consider exploring a different degree program or career path because a certain subject is a poor fit,” the document states.

“This is not to say that there should not be the opportunity to voluntarily withdraw – but not without reasonable limits and not without some checks to keep students on track.”

The reasonable limits recommended by Collins for the voluntary withdrawal policy are twofold.

First, allowing students to drop as many courses as they would like, bypassing the administrative burden of tracking the number of credit hours dropped by any particular student. And second, by restricting the ability to re-enrol in courses that students have previously dropped.

The second recommendation involves the creation of a limited access period immediately following the regular registration period. Students who have dropped a course previously and wish to register again must wait until all new registrants are given a chance to enrol before they are able to do so.

Student opposition
Students first heard of the specific proposal at the Nov. 19, 2015 meeting of the senate committee on instruction and evaluation, which has representation from four students, including Rebecca Kunzman, vice-president advocacy for the University of Manitoba Students’ Union (UMSU).

Although all four students voted against the proposed changes at committee, the motion was forwarded for inclusion in the agenda for the Jan. 6 senate meeting. Students are outnumbered by academic staff, who hold seven of the committee’s 11 seats.

“Some information had been collected on the part of the registrar’s office but as far as we were concerned it wasn’t sufficient consultation and it wasn’t widespread enough to actually be representative of the reasons why students choose to voluntarily withdraw from courses,” Kunzman said, adding that she quickly compiled a survey to distribute to students over the holidays.

The survey, which was completed by around 2,000 U of M students, attempted to gauge the reasons why students voluntarily withdraw from courses. The survey showed that students were evenly split as to whether internal/personal or external/academic factors influenced their decision to drop a course.

Allison Kilgour, senator for the Arts Student Body Council and a political studies student at the U of M, told the Manitoban that the limited access clause could make it exceedingly difficult for students to re-take courses that are in high demand.

Kilgour said that her primary concern was the potential that students who dropped a course for a legitimate reason could remain trapped in a vicious cycle where the same course fills up during the regular registration period for several years in a row.

“We said that unless you can put in a safeguard to ensure that these students that need to voluntarily withdraw from a course or repeat a course for a specific reason can do so, this policy just isn’t going to have the positive effects that you might think,” Kilgour said.

“There are legitimate reasons as to why you need to drop out of a course and I personally didn’t want to see any students have to potentially delay their degree or not be able to take a course just because of a personal reason for why they had to drop a course.”

Kilgour worked closely with Kunzman to prepare a document with alternatives to Collins’ limited access clause.

One alternative they proposed is a system whereby students can re-take a course once without being subject to limited access. If students drop the course a second time, they would then be subject to the limited access period.

The second alternative is to only allow limited access to apply for one year after a student drops a course. This would mitigate the potential for students to be prevented from re-enrolling for several years in high-demand courses.

Kunzman said they also proposed a manual override function for students who need to take a course for a specific reason but are unable to re-enrol during the limited access period.

She told the Manitoban that, due to the technological limitations of the university’s Aurora student system, only the second option is likely to be taken seriously.

While the senate voted to send the policy back for review, and thus delay the changes, it is likely that the policy will be back on the senate’s agenda in short order, Kunzman said.

U of M trims nearly $11 million from operating budget