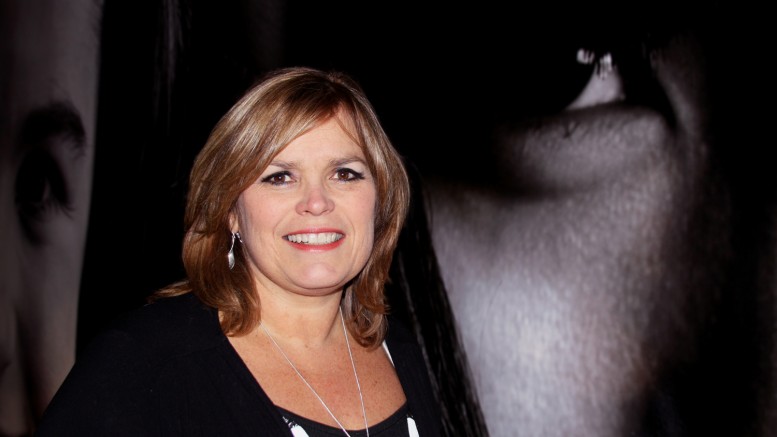 As Manitoba prepares for a heated provincial election, one professor is bringing her expertise in conflict mitigation to an important policy debate – the education of children and young people throughout the province.

Laura Reimer, assistant professor in the department of political science at the University of Winnipeg, is a former school trustee and the author of Leadership and School Boards: Guarding the Trust in an Era of Community Engagement.

The recently released book, which is the second edition of an earlier work by Reimer published in 2008, does not advocate for abolition or substantial reform of the school board system.

Instead, Reimer contends that school boards are an integral part of democracy as it is practised in Canada and the United States. But in the face of structural changes, school boards have fundamentally lost sight of their primary function within the larger bureaucratic and political structure of government.

As such, Reimer advocates for a return to foundational democratic principles in school board governance.

Reimer was educated almost entirely at the University of Manitoba, earning a bachelor’s degree in political science and English as well as a master of public administration jointly with the University of Winnipeg.

She earned a PhD in peace and conflict studies from the U of M in 2013. Reimer is also a research associate with the Arthur V. Mauro Centre for Peace and Justice at the U of M.

She said her education in peace and conflict studies has resulted in a unique perspective on solving public policy issues through consultation and mediation.

“In peace and conflict studies, I have learned not just to react to policy once it has been implemented, but to think through the consequences as its being crafted,” Reimer said.

“It has provided a tremendous framework not just for analyzing what can go wrong in policy but also for equipping people with the ability to articulate the things that they need so that [responsive] public policy can be developed.”

Reimer’s experience as a school trustee with the St. Boniface and Louis Riel school divisions from 2000-2004 directly informs her research on education policy.

Elected school boards, generally made up of five to nine trustees, are responsible for setting the broad policy direction of school divisions from kindergarten to grade 12 in Manitoba.

School boards in Manitoba are also responsible for significant budgetary decisions regarding service delivery and administration, relying on a combination of property tax revenues and provincial operating expenditures to fund school divisions.

The structure of school boards has been a point of contention in Manitoba for decades. Between the province’s entry into Confederation in 1870 and the late 1960s, Manitoba engaged in several major reforms to its education system.

During that period, the province centralized primary and secondary education, consolidating more than 2,000 small districts with disparate education outcomes into less than 60 school divisions with more uniform standards.

While the Progressive Conservative government of Premier Gary Filmon launched a commission to review school district boundaries in 1993, few substantial structural reforms were made until the election of the New Democratic Party of Manitoba under Gary Doer in 1999.

In July 2002, after consultations with the public, the Doer government reduced the number of school divisions in Manitoba from 54 to 37 as part of a broad-based amalgamation.

According to Reimer, this was a turning point for the province.

As a trustee from 2000-2004, she was swept up in the amalgamation as her St. Boniface school division was consolidated with St. Vital to create the larger Louis Riel school division.

“St. Boniface seemed to really have its pulse on the people, they understood what people were thinking,” Reimer said, adding that her early experience as a trustee was positive but changed substantially after the amalgamation process.

“The differences in perception, role, and expectations was a glaring gap as the amalgamation process took place in Manitoba.”

As a smaller board, the St. Boniface school division carried out consistent consultations and engagement with the community so that parents “truly saw themselves as partners in the education process,” Reimer said.

“And when the time came for budget reductions, we knew what would happen and what was possible.”

According to Reimer, what was fundamentally lost in the newly amalgamated division was the importance of consultation, with a new superintendent that was committed to “keeping the public out,” and a board that was broadly complicit in that behaviour. Many school boards simply lost sight of their fundamental role under the weight of structural reforms, she said.

Reimer told the Manitoban that recent issues with other provincial amalgamations, as well as accountability problems in Manitoba school boards, further bolster this argument.

A recent article in the National Post by Joseph Brean argues that attempts to target administrative bloat in school boards have led to the creation of massive “superboards” through provincial amalgamations, generating problems with accountability and efficiency.

“Broadly, the effect has been to centralize power at the government level, devolve certain authority to individual schools, and cut out the boards in between,” Brean wrote.

“But by eroding the autonomy of a formerly crucial layer of governance, the provinces have stumbled into problems worse than simple bureaucratic bloat.”

These problems have also been reflected through recent controversies in Winnipeg.

A provincially commissioned report released last summer by John Wiens, dean emeritus of the faculty of education at the U of M, described the behaviour of Winnipeg School Division trustees as “embarrassing, shameful, and reckless,” as well as “extremely detrimental to the division and the very idea of boards of trustees.”

Among Wiens’s key findings was that the school board micromanaged the operations of the division, leaving the superintendent effectively powerless.

As such, trustees failed to function properly as a school board as defined by Reimer, whereby day-to-day operations are left in the hands of the superintendent.

Wiens wrote the foreword to Leadership and School Boards, arguing that the book sheds light on the fact that “democracy, our way of life, is created and recreated first in schools and the people we elect to govern them.”

“Their role is to fill that gap between what the province wants them to do and what good education is, as determined by the superintendent.”

However, Reimer argues that a return to the original conception of school board governance will only happen with proper training.

“There are opportunities for training, and that is why I wrote these books,” Reimer said.

“It is the marriage of my positive and horrible experiences and 30 years of fascination with education policy at all levels, and a deep conviction that we elect people to represent us, not to do what their party tells them to do. It’s not a popularity contest, it’s not about getting into the papers, it’s about really making sure that as a board you understand fundamentally the issues in your community.”

Winnipeg, what an experience

Late night eats: time for Winnipeg to step up to the plate