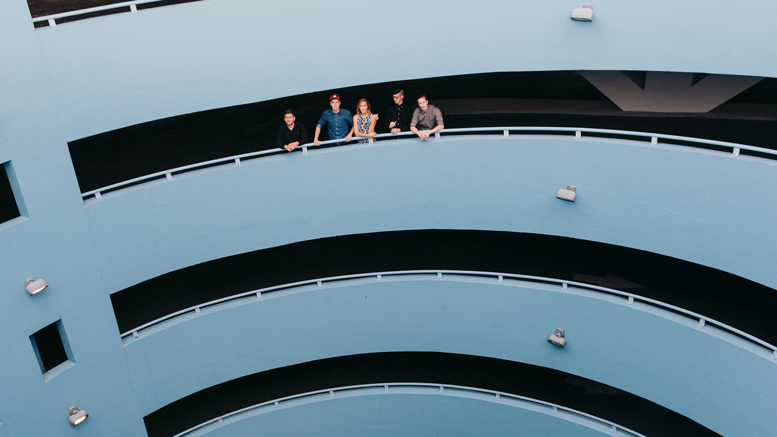 Big Fun Festival is back for its fifth year. Between Jan. 27 and Jan. 31, downtown Winnipeg’s annual winter music festival will once again fill venues in and around the city’s urban centre with bands and artists playing everything from folk to punk to electronica.

“It’s crazy, but we’re really, really excited about it,” said Lauren Swan, one of the festival’s organizers and founders of the anniversary.

“We’ve been looking back at all the past lineups we’ve had and photos and videos and memories, and it’s really crazy. This city’s an awesome place to throw events in for sure.”

Swan said that, to keep the festival new and interesting for annual attendees, those involved with Big Fun have focused on adding new venues and booking different bands each year.

“There’s always new stuff being produced out of the Winnipeg music scene, so it’s not that difficult to keep things fresh,” said Swan.

The festival has held shows at venues such as the West End Cultural Centre, the Windsor Hotel, and The Ballroom for years now, and Swan pointed to the winter pop-up restaurant RAW: Almond as one of the festival’s newest and most enticing additions.

Due to an insufficiently frozen Assiniboine River, this year RAW: Almond has been constructed on a peninsula opposite the riverbank at the Forks, connected via walking bridge.

“It kind of made it this magical, enchanted forest with this great structure in the middle of it,” said Swan.

Big Fun Festival 2016 might be the most stylistically diverse one yet. This year’s iteration of the festival features acts such as Edmonton-based pop artist Calvin Love, local folk/outlaw country outfit the Crooked Brothers, metallic pop-punk group Distances, and noise rockers Conduct – all united under one banner.

“Every year we try and keep it as diverse as possible,” said Swan.

“We book mostly based on submissions, and it was really nice, we had a wide range of genres to pick from, so that definitely made it easy.”

When asked about acts that she’s personally looking forward to seeing this year, Swan’s enthusiasm for the festival was proof enough that the organizers of Big Fun are as pumped for five days of live music as anyone planning to attend.

“I’m definitely excited to see Mozart’s Sister. That’s at RAW: Almond on the Saturday. I haven’t seen her, and it’s going to be a really great dance party,” said Swan.

“And then actually, some pals from Calgary – [experimental punk trio] Blü Shorts – they’re members from other bands that I really, really love like Hag Face and Racket, and they’ve come together to create this new project. So I’m really excited to see them play […] and Courier News, I haven’t seen Courier News live. It’s gonna be insane, it’s already basically sold out.”

Even with 2016’s Big Fun Festival still underway, Swan and the other organizers are already thinking about ways to improve the experience down the road, potentially by adding more artistic components.

“So we’re kind of looking into more of that, partnering with different art groups in the city and seeing how we can really just make Big Fun the best it can be.”

Big Fun Festival wristbands are $70 and get you into any Big Fun show. Wristbands can be purchased online at www.ticketfly.com and in person at Music Trader, 97 Osborne St. For more information on the festival, as well as individual show times and ticket sales, visit www.bigfunfestival.com.

There’s More Than One Way to celebrate arts, culture and history