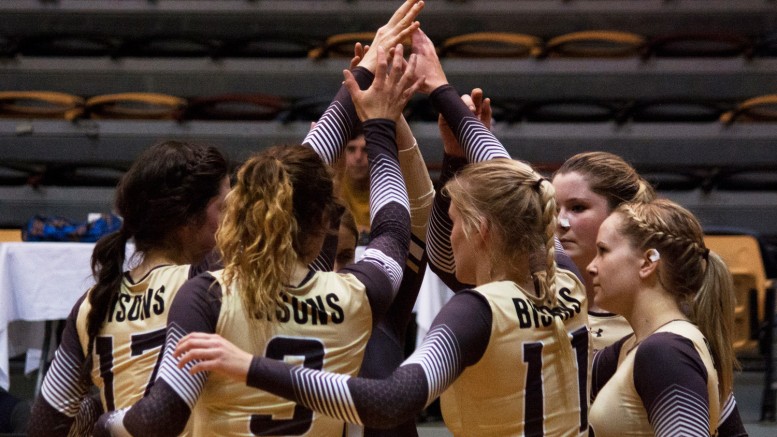 The Bisons men’s and women’s volleyball teams were in Regina last weekend and had a successful end to their first half campaigns.

The men won both of their games against the Cougars, only dropping two sets all weekend. St. Paul’s product Adam DeJonckheere had a team-best 13 kills on Friday, while Caleb Hickok led the herd with 14 digs.

Sitting tied for first place in the Canada West, the Bisons are in a good position heading into the break and will hope to continue their success in 2016.

Once again, the Bujan sisters led the team in both kills and digs, with Haillie Bujan getting 15 kills and sister Cassie providing 18 digs.

The Bisons women finish 2015 with a 2-9 record and are sitting second last in the Canada West. The herd will look to climb out of the basement in 2016.

Serving up opposite seasons