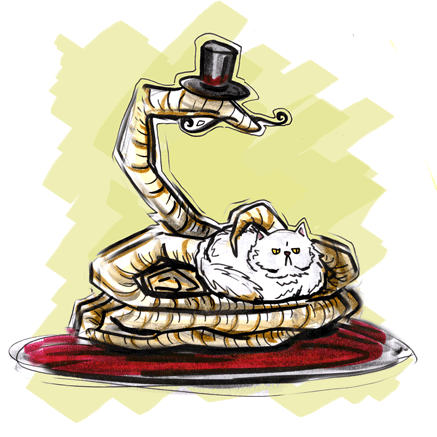 In 2013, a Colombian man died of cancer – what makes this particular case unusual was that the cancer wasn’t his, but that of a parasitic tape worm.

The man initially presented symptoms of fatigue, fever, cough, and weight loss. He was diagnosed with human immunodeficiency virus (HIV) infection in 2006 and, at the time of admittance, wasn’t taking his medication to treat this infection.

Following the HIV diagnosis, CT scans revealed unusual cell growth in various parts of the man’s body. Abnormal cells were found in biopsies that were taken from the man’s lungs and lymph nodes – small organs used by the immune system to filter blood.

The cells looked and acted similarly to those seen in cancer – they even showed invasive characteristics, which are a hallmark of cancer – but the cells were too small to be human.

Initially, doctors did not consider the possibility of the cells originating from a tapeworm since they didn’t appear to be complex enough.

Around 75 million individuals are suspected to carry H. nana, making it the most common human tapeworm. Because the tapeworm can thrive entirely in the human intestine, individuals can carry the parasite for years without knowing. The immune system, however, eventually clears out the parasites.

Cancers were not known to occur in tapeworms prior to this study. Genetic analysis of the cancerous tapeworm cells showed that they possessed many mutations which parallel those seen in mammalian cancers.

The man may have contracted the parasite by eating food contaminated from a variety of sources including mouse droppings, insects, or feces from another infected individual.

It is believed that a weakened immune response against these tapeworm cells allowed them to divide unchecked. When cells are allowed to divide freely for a long period of time, they eventually develop mutations which may result in the cells transforming into a cancer.

Cancer is generally not considered a transmissible disease, although there have been exceptions, such as the Tasmanian devil facial tumour disease.

The cancer develops on the face of the animals, usually resulting in large tumours around the mouth. Eventually, most tasmanian devils die of starvation.

The disease is thought to spread when infected cells come in contact with the tasmanian devil’s teeth. This can happen through biting of another infected animal or when sharing food.

Securing your quality of life

Organic from roots to ruminants

Where imagination and innovation meet