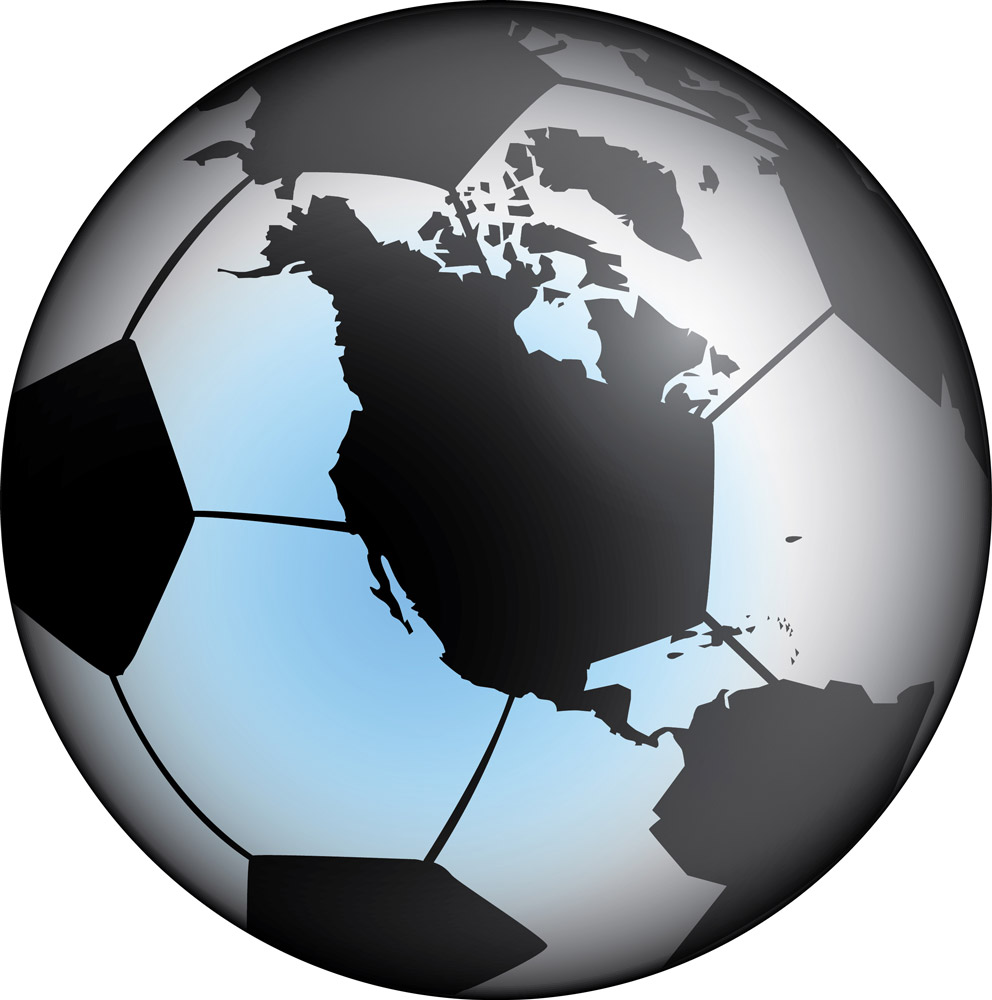 Lately Manitoba has become a breeding ground for some major contributors to North American soccer, such as Desiree Scott and Tyson Farago.

Scott recently starred for Canada in the 2014 Women’s World Cup, while Farago underwent a trial with English club Brighton & Hove Albion before moving on to FC Edmonton in 2013.

Debuting in the CIS this past season, goalkeepers Logan Grzenda and Madison Wilford are well on their way to leaving a lasting imprint on Manitoba soccer as well.

Decorated with an under-18 national title, University of Winnipeg Wesmen goalkeeper Logan Grzenda currently plies his trade for Manitoba Major Soccer League premier team, Germania FC. He also recently appeared in his first competitive match for the University of Winnipeg Wesmen, and if that performance was any indication, this shot-stopper has a bright future ahead of him in the CIS.

For Grzenda, the road to the CIS has not always been clear-cut. As a freshman last season, he was confined to the bench as an understudy to fellow goalkeepers Joshua Partaker and Martin Skiarski.

With no appearances after his first year, the wait for a CIS debut extended into this season. During the summer period, Grzenda was asked to limit his performances with Germania FC in order to commit to the Wesmen. It was a decision that quickly paid off.

Grzenda graced CIS turf for the very first time in the Sept. 12 season opener. Although the Wesmen dropped a 2-1 decision to the Mount Royal Cougars, the 21-year-old revealed his true potential to be a number one.

With seven saves to his name, he was named the Wesmen’s man of the match.

The experience for Grzenda was surreal right from the moment he stepped onto the pitch for the first time.

“It was way different than normal. There were way more fans and it felt a bit more real,” he said.

Though his most memorable moment might not have been a save, it certainly brought the crowd to its feet. Grzenda won possession with a Manuel Neuer-like challenge outside his box, winning the ball and leaving his fellow man grounded.

“I won the ball as he went to kick it but he got my full body and he flipped,” Grzenda said. “I had the fans jeering at me for that, and I was just loving it.”

Grzenda has plenty of chances to live up to the hype he garnered during the season premiere. Living up to expectations is something not unfamiliar to Grzenda, though, who backstopped his U-18 club to a national title in 2012. The championship series marked the first time that a Manitoba club had won the tournament since 1991.

It seems like history is repeating itself, since he rose in the pecking order for FC Northwest as a youth under similar circumstances. His father Ron, a former FC Northwest manager, remembers the experience well.

“Logan was one of three goalies on that team. He was a smaller goalie, but he’s worked really hard the past couple of years,” he said.

For the goalkeeper entering his second year of eligibility, the experience of dominating youth soccer and attempting to do the same in the CIS is definitely contrasted.

“It’s a higher level for sure. Before it was just 18-year-old kids, not the university level where you’re training every single day. The CIS is a much higher level,” Grzenda said.

With the rest of his university sporting career ahead of him, Grzenda is keeping his head high regarding both his performance and the Wesmen’s. Any goalkeeper of his calibre playing at the CIS level would agree that they should have only one target in the back of their minds.

“I want to be a starting keeper. I will try to get in as many games as I can and be a consistent performer and contributor,” Grzenda said.

The passing of the torch?

Though she may be a freshman, University of Manitoba Bisons stopper Madison Wilford is performing well beyond her years. Five games into her debut CIS campaign, she has two wins to her credit and sits fourth amongst all keepers with an impressive 0.929 saves-to-shots ratio.

Fittingly for a first-year player in a position that demands a lot of experience, Wilford began the campaign as a reserve goalkeeper. But four games into the regular season, she began to rise in the pecking order.

She made her debut during Manitoba’s trip to Regina and was introduced as a substitute at halftime. The Bisons won the match 2-1, and Wilford has participated in every game for the herd since. With the derby match at Investors Group Field coming up this weekend, it will serve as no surprise should she be given the opportunity to grace the turf.

Wilford’s most recent performance was a 3-0 win against Lethbridge on the back of a 3-1 loss to Calgary. She made 14 saves for her first shutout in the CIS. If that’s any indication, it won’t be the only one she has.

“My first CIS season has definitely been both nerve-racking and exhilarating,” said Wilford.

“There have been some intense games, that’s for sure. But I think our Bisons women’s soccer team has done incredible work, and I can’t wait to see how the rest of the season goes.”

Wilford has proven herself to be a strong presence in the Manitoba goal. In addition, her ability to play the long ball has enhanced the Bisons’ options in initiating attacks from the backline. Especially with current first-choice goalkeeper Chloe Werle in her final season of CIS eligibility, Wilford provides the Bisons the luxury of planning for the years beyond their captain’s departure.

Part of a group of goalkeepers that combine for 13 years of CIS experience, the rookie will have plenty of resources at her disposal to lessen her learning curve.

“The veteran goalkeepers on the team are some of my best friends, they’ve been giving me exceptional support,” Wilford said.

“We work so hard every day in practice, helping each other get better and I’m so lucky to have such loyal comrades.”

Customary to the norm of signifying goalkeepers in a squad’s depth chart, starters inherit the number-one jersey should it become available. Don’t be surprised if the Winnipeg native swaps her number 30 for number one by next season.