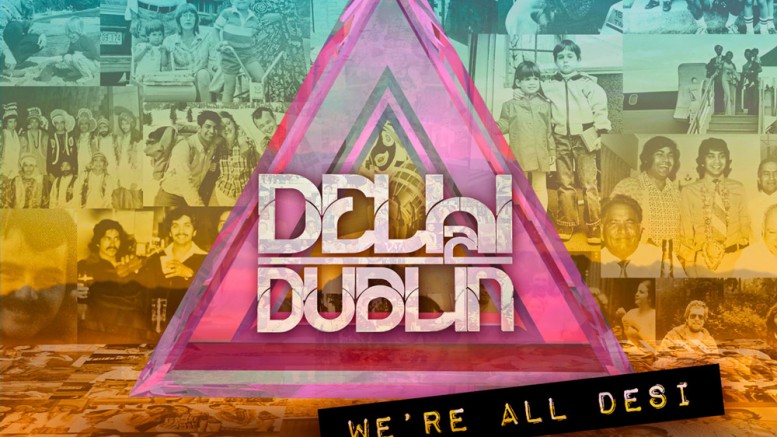 This album is loud as hell and all the better because of it.

To introduce world music collective Delhi 2 Dublin’s latest album We’re All Desi in such a manner might seem rude, even trite. Even if it is, it’s still a significant part of what makes this album so instantly engaging. We’re All Desi is by no means easy-listening music. This is the album you put on when you’re ready to party, hit the gym, put on your dancing shoes, or anything else that involves working up a sweat and having a great time.

Following on the heels of the group’s remix and live albums of 2014, We’re All Desi continues Delhi 2 Dublin’s tried and true melting pot of traditional Celtic and Indian instruments with modern electronic music. This time, however, the group has joined forces with producer Nick Middleton, a man who has made his own name in music as half of electronic dance duo the Funk Hunters.

Possibly due to Middleton’s influence, We’re All Desi sports the group’s strongest emphasis on purely electronic music to date. The interwoven fiddle, sitar, and tabla parts Delhi 2 Dublin fans have surely come to know and love are still there, but they’ve become noticeably infrequent in the wake of the album’s throbbing bass, wobbling synth lines, and forceful, pronounced drum rhythms.

As if to underscore Middleton’s influence, the Funk Hunters even guest on two of the album’s strongest tracks – “Fool’s Gold” and “Strumph.” The former is a loud-ass club banger that could motivate the stuffiest of crowds onto the dance floor, while the latter is a slow-burning funk-influenced number that sports a neat sitar interlude and a groovy slap-bass line.

Vocalist Sanjay Seran still brings his charismatic blend of rapping and singing in both English and Punjabi. He’s got a calm yet cathartic lyrical flow reminiscent of modern-day Eminem when he raps, while his singing is as booming and passionate as ever.

A perfect score is subjective, but this album couldn’t be better at what it does. If you like electronic music, you’ll love this album. Perhaps you don’t, but chances are you could still find something about We’re All Desi to draw you in. Just play it loud, play it proud, and let the music take care of the rest.

Breaking the chains of gravity

Creating a cannabis culture at work