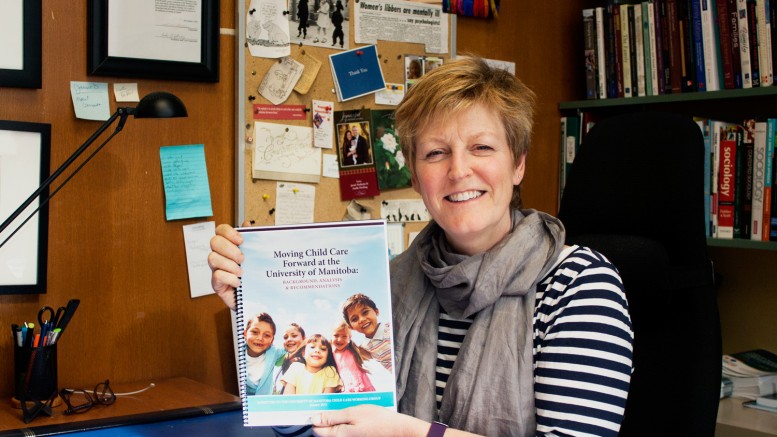 The University of Manitoba announced last week that it will be applying to the province for a grant of up to $600,000 to fund the construction of a new 74-space day care centre on the Fort Garry campus.

The announcement follows a report commissioned by the university’s child care working group, which recommended that the university develop new child care centres as satellites of the Fort Garry Campus Day Care Centre.

Susan Prentice, a member of the child care working group and a professor of sociology at the U of M, made the announcement at a graduate students’ orientation session focused on child care.

“I think it’s such a good-news story for the university and its partnership with the campus child care centre and all the partners that have built the support for this,” Prentice told the Manitoban.

It remains to be seen whether the application will be successful. If it is, there will still be a lot of fundraising work to do in order to hit the estimated $2.8 million target necessary to fund the new day care spaces.

“The province has a limit of only $600,000 of capital funding, so all the other dollars have to be raised by other partners,” said Prentice.

“So it’s a long way from full funding, but it would be very important leverage if the province agrees to our request for capital funding. That will be the key to letting us move forward.”

The new day care centre would include 28 spaces for infants, according to Prentice. Since maternity leaves are one year long and the campus child care centres currently do not enrol children less than two years old, there is a one-year gap during which parents must make alternate arrangements for child care.

John Danakas, executive director of public affairs at the U of M, confirmed the announcement.

“In terms of the application, we’re looking for solutions and are hoping to work with the province to do so.”

According to a 2013 report by the child care working group, there are approximately 3,210 student parents and 1,449 faculty and staff parents at the U of M.

There is a waiting list with over 700 names for the three day care centres that service the Fort Garry and William Norrie campuses.

The new day care centre would be located adjacent to the Campus Day Care Centre and would also provide some services to currently enrolled children, such as a new gym, according to Prentice. Student parents would be prioritized in admission, she said.

In addition to the availability of child care space, Prentice is more broadly concerned with family-friendly policies at universities. These policies would institutionalize the informal allowances that some professors make for student parents.

Prentice discussed policies on whether students can bring their children to class, whether advisers can discourage their graduate students from taking parental leaves, and more clear rules for maternity leaves for instructors as examples of family-friendly policies.

“I personally think, for example, that when you think about bursaries, parents who are supporting children have a bigger need for funds than non-student parents,” she said.

“The U of M right now does not have any institutional data on family needs. We can tell you how many people are on sick leave, but we can’t tell you how many people have taken maternity leave. It’s not data that we track. So one of the things we want to start doing is some institutional record keeping that’ll allow us to say among undergraduates, how many are parents? Among staff, how many?”