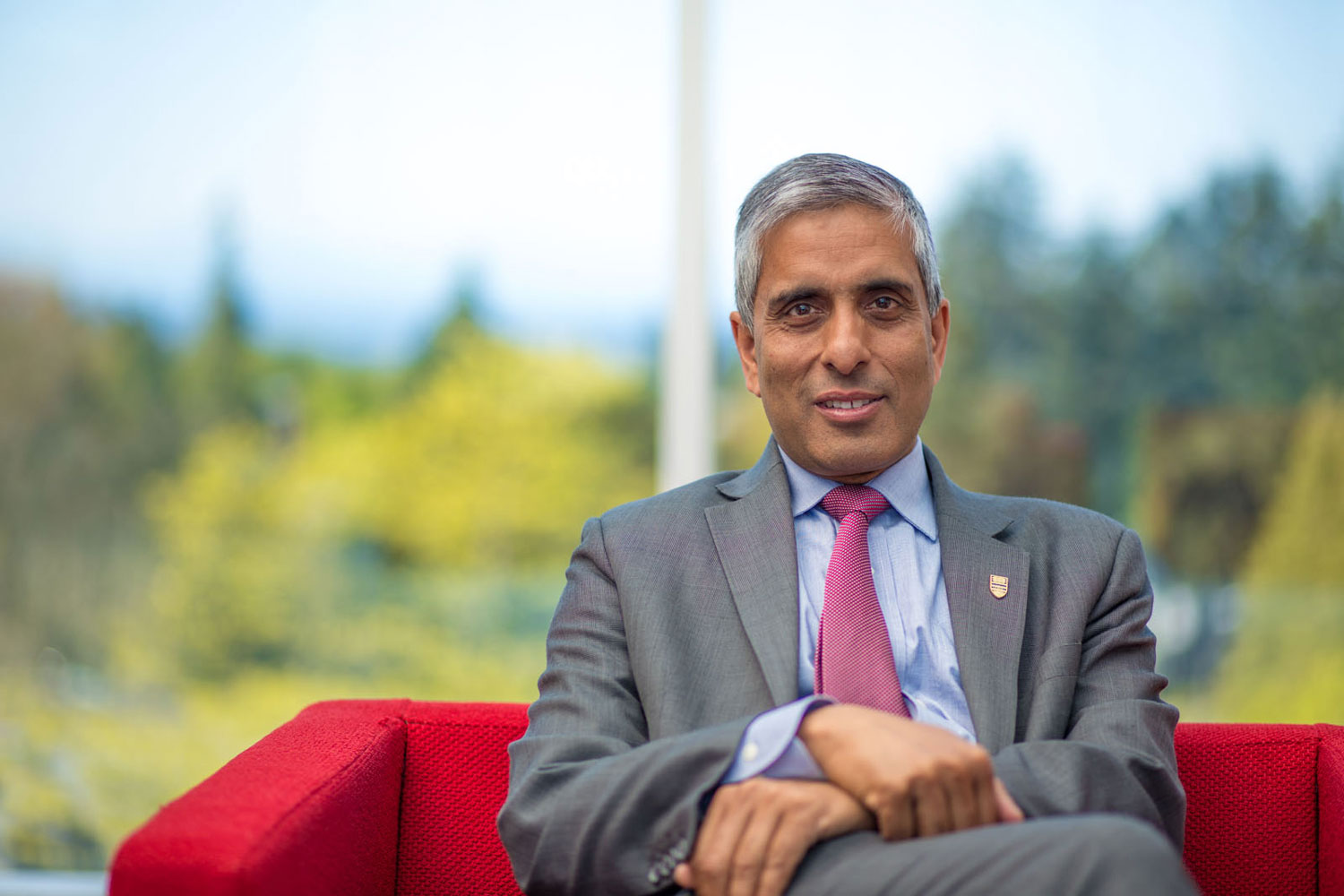 By Emma Partridge, The Ubyssey September 1, 2015

VANCOUVER – It’s fair to say that almost no one saw it coming. On Friday, Aug. 7, University of British Columbia (UBC) president Arvind Gupta resigned his position one year into a five-year mandate.

The announcement was made via a press release from the university, which did not provide many details as to why the president resigned.

Mathematics professor and former board of governors member Nassif Ghoussoub noted in a Georgia Straight article that “the lack of information and transparency in the announcement was not lost on anyone.”

The press release cited a focus on academic priorities as the reason for the change. To many, this news was entirely unexpected.

“This news came as a complete surprise to me, and I have spent the weekend trying to make sense of it,” wrote Mark MacLean, president of the UBC Faculty Association, in an open letter.

“This was a sudden and immediate resignation, and I am skeptical that the reason for it is simply that professor Gupta wishes to return to the life of a professor of computer science.”

Gupta could not be contacted for comment on the resignation.

According to the new interim president, Martha Piper, she was contacted about the position “right about the time that Arvind [Gupta] resigned. You know, the two things were happening almost simultaneously.”

Echoing the sentiment of the general UBC community, Piper said the announcement came as a total surprise.

Now the question on everyone’s mind is: why did Gupta resign?

The speculation about what could have prompted this sudden resignation has been fuelled by some of the incidents of note during Gupta’s time in office.

Then Pascal Spothelfer, vice-president of communications and community partnership, left his post. Finally, vice-president academic David Farrar stepped down from his role, becoming an adviser to the president.

In addition to replacing the interim president with a permanent one, the search for a permanent provost is ongoing.
Without many clear answers, questions about the resignation continue to arise, especially since hiring Gupta as president was a decision made with considerable planning, foresight and resources. The international search that eventually resulted in Gupta’s hiring cost the university $430,000.

Gupta was officially named president on March 12, 2014. Despite the fact that he didn’t have any experience in university administration, many had faith that that the former CEO and scientific director of Mitacs, a national not-for-profit research organization that in 2013 attracted $10.4 million in private investment, would be the right man for the job.

“I think he’s going to be supporting the core academic mission more than anybody I know because the government trusts that he has a global view of the role of universities,” said Ghoussoub in a Georgia Straight article written the month that Gupta was appointed.

Notably, Gupta’s resignation came a week after his performance reports were due, according to his contract.

Gupta’s contract states that the appointment of the president can be terminated “summarily for cause at any time without notice or pay in lieu of notice.” But UBC has stated that Gupta’s departure constitutes a resignation.

Gupta could have simply resigned and provided three months’ written notice as his contract requires, or he could have been terminated and elected to resign within 60 days of his termination notice.

The UBC Board of Governors had yet to provide details about what avenue Gupta took to exit his position. However, the university will continue paying Gupta a full year’s salary of $446,750 for 2015-16.

Gupta isn’t the only president to resign in recent years. His predecessor Stephen Toope also quit before his term was officially completed. Piper, who will serve as interim president while a search for the new president is conducted, also left early in her term as UBC president from 1997 to 2006.

When asked how three successive early resignations impact a university, Piper said that her own exit as well as Toope’s “were done in orderly fashion, so I wouldn’t put them in the same category [as Gupta’s], but I’ll tell you, I think you always have to respect an individual’s decision to step down whenever or however it’s done.”

UBC isn’t releasing details, though all eyes have been on the institution looking for an explanation as to why, right before the start of a new academic year that also happens to be UBC’s centennial anniversary, their latest president has left without warning.

“My own view is, as an interim, I’m not here to change direction or set strategy or to create a new vision or any of that,” said Piper, when asked if she hopes to either build upon or change Gupta’s legacy.

“I’m here to ensure that we continue to gain momentum and continue to provide the best research and learning environment that we can and keep the university moving in an upward trajectory.”

Piper was generally praised during her time as president for helping create UBC’s “world class” standard for fundraising and research. There were some incidents for which she faced criticism, such as the Asia-Pacific Economic Co-operation (APEC) controversy.

At the time of Piper’s presidency, students protesting the APEC summit on UBC’s campus were forced back by police with pepper spray and dogs.

Piper also faced scrutiny after a Freedom of Information request unearthed a letter sent by Piper to the province requesting some action to prevent a teaching assistant strike from causing the school year to be “lost.”

This time around, UBC’s big issues have to do with increasing tuition and housing fees, among other issues.

“I need to understand the issue, I need to get some background briefing on the issue and listen to the sides of the issue,” said Piper, when asked how she would manage these new problems.

“You know, most issues like this the president doesn’t pronounce […] we are a collegial decision-making body even though sometimes people don’t think that’s the case.”

Controversy over Gupta’s resignation boiled over further last week when John Montalbano stepped down as chair of the UBC Board of Governors after mounting pressure for his resignation.

The change of leadership at the board comes after a controversy over whether Montalbano violated the academic freedom of professor Jennifer Berdahl, who had written a blog post critical of the university shortly after Gupta’s resignation.

This article originally appeared in The Ubyssey, the University of British Columbia student newspaper. To read more coverage of the Gupta resignation please visit their website.