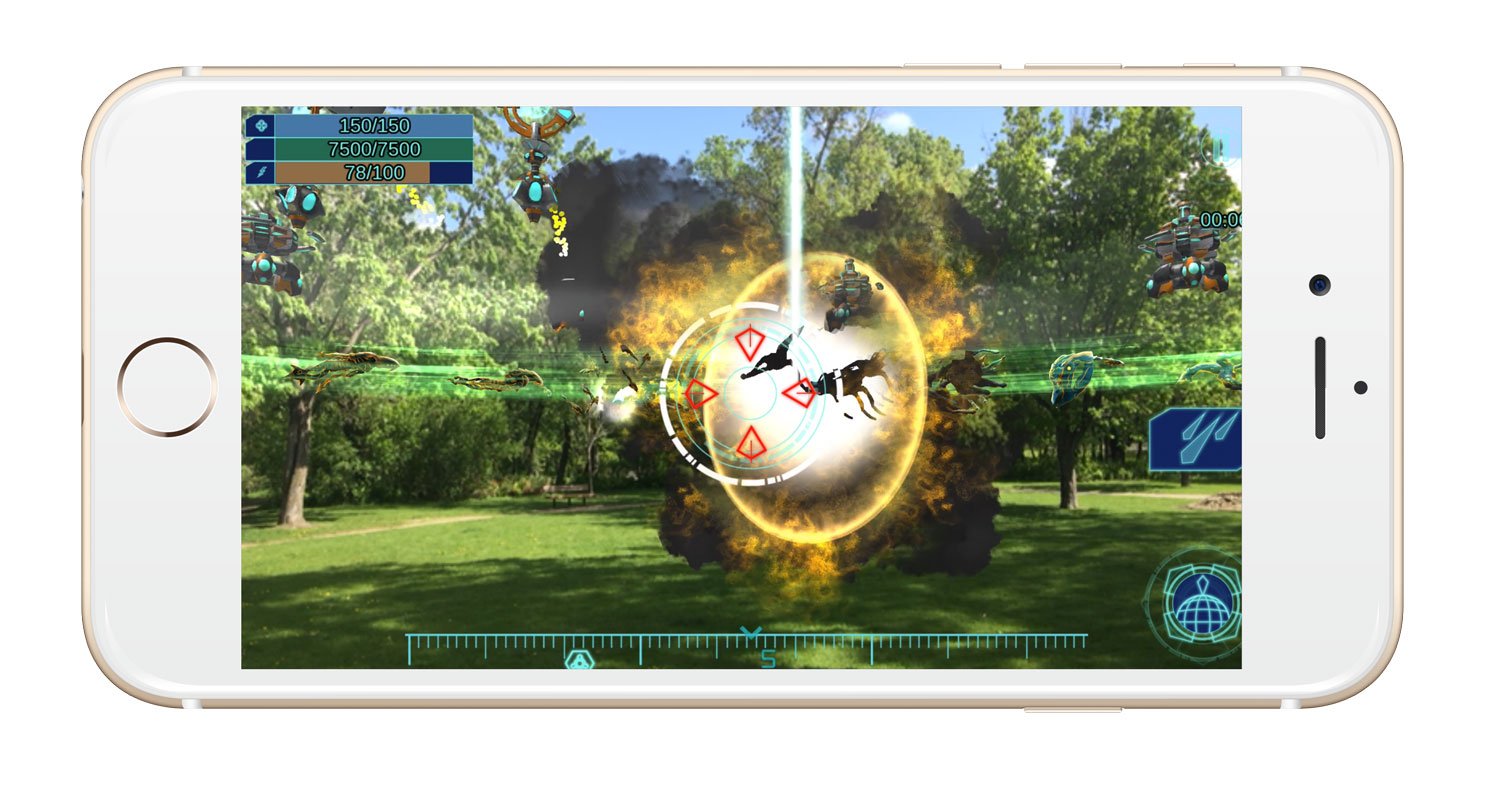 Local creative company ZenFri Inc. has just launched their first video game, Clandestine: Anomaly on both iOS and Android platforms. The title was first made available for iPhones and iPads at the App Store on July 7 and can also be purchased for Android devices via Google Play as of July 31.

Upon a first glance at the gameplay, Clandestine: Anomaly appears to be a cut-and-dry tower-defense game along the lines of mobile gaming hits Plants vs. Zombies and geoDefense. While the game does bear the “buy some turrets, then help them shoot down waves of baddies” aesthetic typical of its genre, Clandestine’s unique, location-based features add a level of immersion to the game far greater than what one may expect from stylistically similar mobile games.

Upon starting a new game, the game simulates a “hack” of the player’s mobile device, the player’s screen sputtering and flashing seemingly random symbols and colours before revealing a spherical, robotic alien known as “NUNCIO.” NUNCIO informs the player that his or her ship, the ECOS, is under attack by a hostile alien race and they require the player’s help in choosing a location to crash-land.

As the player, you will be shown a map of your immediate area, with a GPS marker on your current location. Here, the player must make a permanent choice of where their “command center” will be located for the duration of the game. After this has been done, the player must then select a small grid of the area surrounding their command center for the game to take place.

Once you’ve selected your field of play, the game truly begins; it looks like you’ve got a hostile alien invasion in your own neighbourhood.

The first section of the game focuses primarily on familiarizing the player with the more conventional aspects of the game like what weapons are available, how they can be upgraded, and the type of enemies the player will face. After this, according to Corey King, ZenFri’s co-founder and Chief Executive Artist, the more unique and immersive features of the game are introduced.

“Mission four is when you’ll unlock the augmented reality ability […] Everything that you see on the map in terms of your characters and stuff like that will be in a 3D environment, with proper scale and orientation to your real-world position. You can use that to – initially – just fire a laser, but eventually you’ll get other weapons to destroy enemies.”

King went on to state that although Clandestine’s location-based aspects can create a very immersive experience for the player, they are not explicitly required to complete the game.

“It’s partly because we live in Winnipeg and it can be very cold, but we didn’t want to make a game that said you had to go outside or you had to walk no matter what. You want to have the biggest audience possible and you want to incentivize them to do what you want to do, not force them,” King explained.

“We present the game as if it’s your real phone, it’s not a gun, you’re really you, and we extend that to the mechanics. A battlefield commander can control towers remotely, so that part will always be playable from anywhere. The augmented-reality component will require you to be at those real locations.”

King closed with a few encouraging words applicable to aspiring students eager to break into any sort of creative field.

“My wife and I created this game where we’ve been able to travel to conferences in Germany and Barcelona and attract talent like Josh Ortega [Gears of War comic series, Spider-Man Unlimited, Star Wars Tales] and I had a film degree. No programming experience, no experience raising funds or anything. I did it in Winnipeg. Some people get ‘degree envy’ in school, or worry that it’s going to be useless,” King said.

“You can do it here, if you have the right level of tenacity and ambition. You can get stuff off the ground here.”