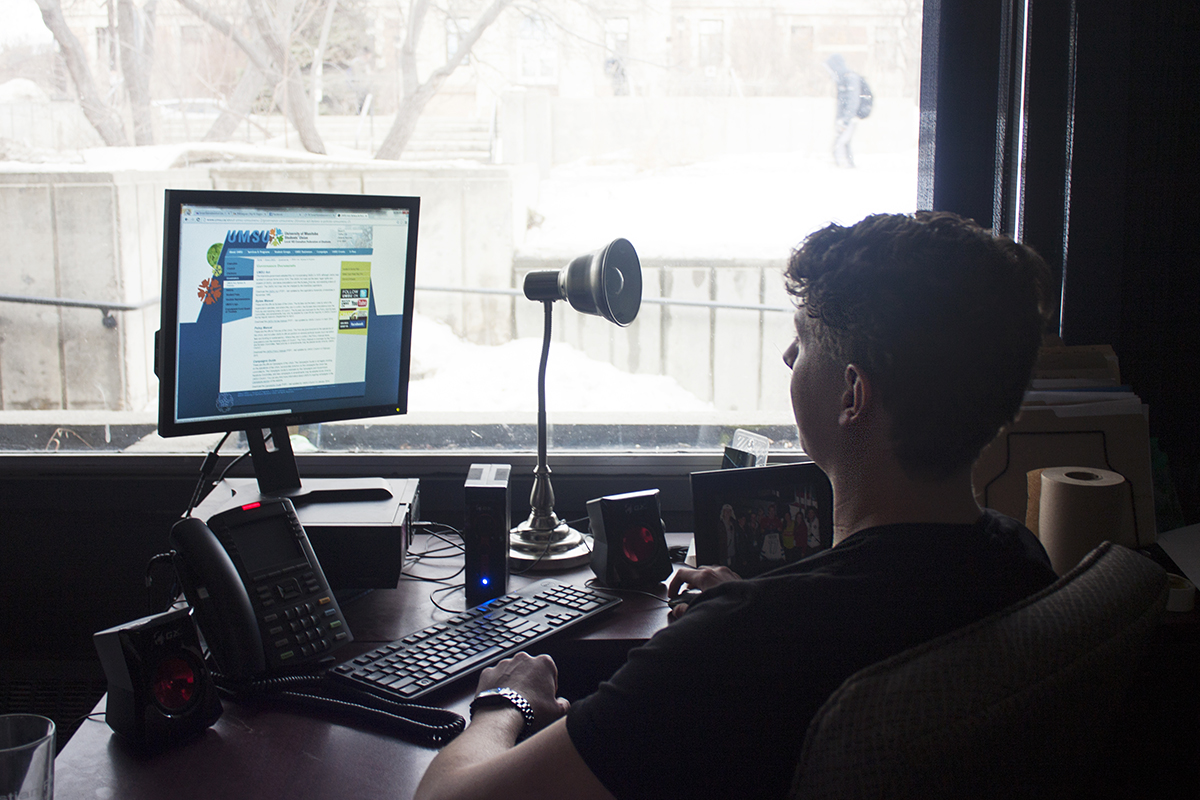 The University of Manitoba Students’ Union (UMSU) is planning to break away from the Canadian Federation of Students’ (CFS) web and other services even after the apparent resolution of a protracted dispute over administrative control of the domain name umsu.ca.

“What concerns UMSU the most is that extraordinarily simple requests—requests which should take any competent and well-intentioned service provider a few minutes to satisfy—have been met with an astounding degree of inattention, delay, and belligerence,” said Christian Pierce, outgoing vice-president external for UMSU, in an email to the Manitoban.

“As with all services formerly provided by CFS, for the benefit of the union, its members and its staff, UMSU will continue to transition their implementation to professional, responsive, cost-effective, and courteous service providers.”

In early January, the Manitoban reported that UMSU has been withholding $640,000 in fees owed to CFS, of which UMSU is a local, with those fees having been collected from students by UMSU. Pierce stated that UMSU has not determined whether to now pay CFS the outstanding fees, as the executive has not yet had a chance to meet as a whole due to the election.

The dispute between the two organizations arose in part due to CFS’s administrative control over the umsu.ca domain name, which CFS had yet to transfer to UMSU’s control after multiple requests that they do so.

A comment piece published in the Manitoban on Feb. 11 provided some technical details on the dispute and argued that CFS should transfer administrative control of the domain as soon as possible. Since then, the Manitoban has learned that the dispute has been in large part resolved.

The Manitoban obtained an email dated Jan. 9—just days after the dispute was first made public—in which Anna Dubinski, national treasurer for the CFS, provided outgoing UMSU president Al Turnbull with an authorization code that would allow UMSU to regain administrative control of the domain. On Jan. 21, Dubinski sent a followup message after UMSU apparently did not take any further action on the matter.

“The authorization code permits transfer of total control over the domain including any such associated contact information [as the administrative contact],” Dubinski told the Manitoban.

Dubinski also stated that, although CFS technically has the ability to unilaterally transfer the domain without any further action on UMSU’s part, they have never done that as it would run afoul of their policies.

When asked for an update on the situation from UMSU’s point of view, Turnbull stated that as of Feb. 23, he had asked CFS for the domain name server (DNS) records that UMSU needs in order to complete the transfer without interruption of service.

“We felt that a week would be more than enough time for CFS to provide us with the necessary information; it should only take a few minutes for them to collect it and send it. However, we have received no response to this request whatsoever,” Turnbull said in an email.

According to Pierce, the first request for a transfer of control over umsu.ca was sent in July of 2013. The request was ignored, Turnbull suggests, and after several failed attempts, the executive decided to give up and try again the next year.

In July of 2014, an UMSU staffer contacted CFS again, asking for the authorization code required to transfer control of the domain along with DNS records related to the domain. The University of Manitoba Students’ Union has sent repeated requests for the DNS records since that time, according to Pierce, and has only just recently received a response.

The authorization code was provided to UMSU on Jan. 9.

On March 3, just after Turnbull made his statement about the dispute, CFS responded to UMSU.

In the response, Dubinski provided Pierce with the requested DNS information. Dubinski noted that this information is readily available through public lookup utilities or by contacting their web host.

Pierce told the Manitoban that best practices demand up-to-date DNS information directly from the web host, as the publicly available information may not be current. Since UMSU’s web host is CFS, Pierce described Dubinski’s statement as “dumbfounding.”

Bring on the world cars