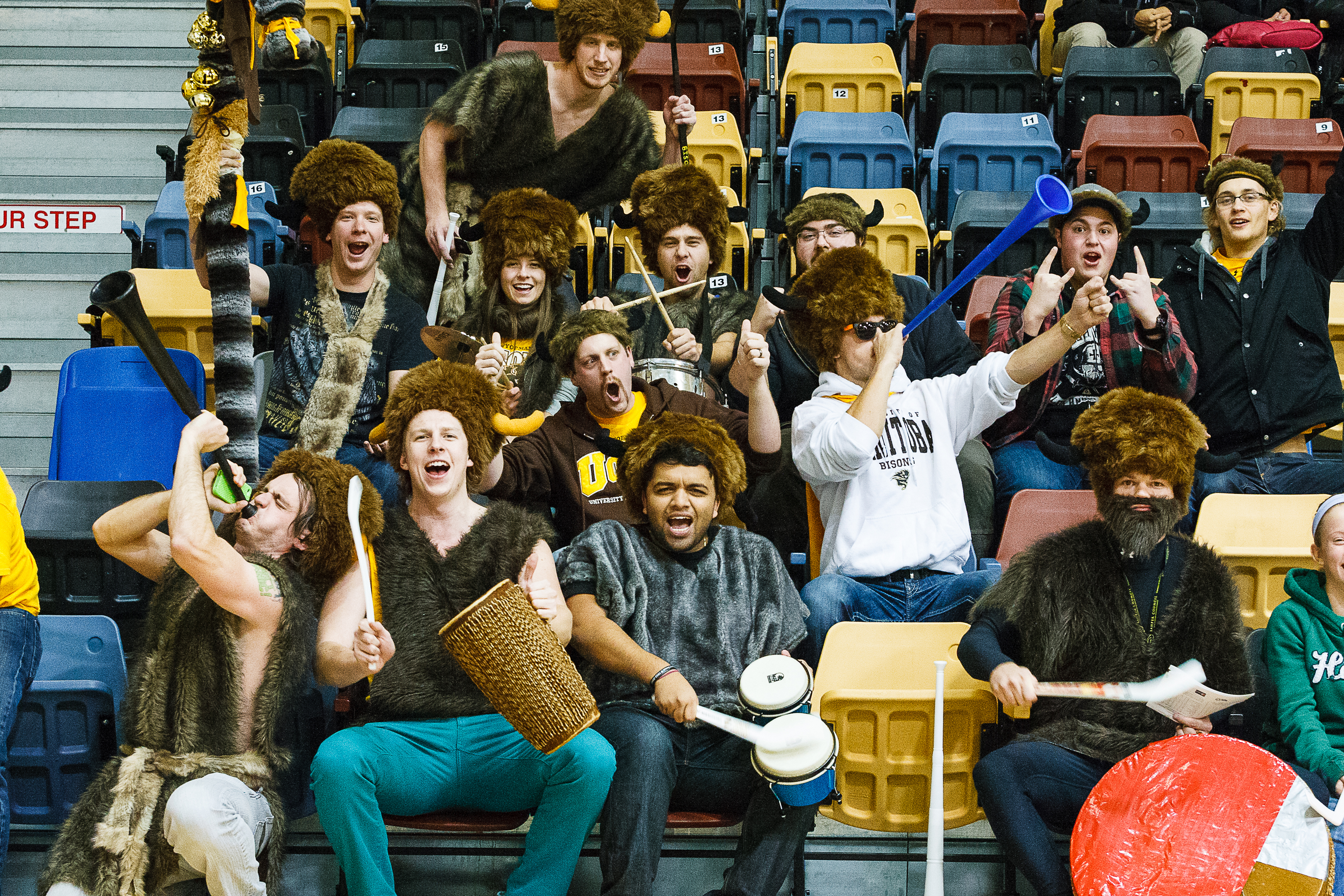 It’s hard to visualize what will happen after a season ends. Most players can empathize with the cloud of emotions and memories that trigger when they realize that their season is over. When we sit down at the end of the year for one last drink among friends, we will reflect on the good and the bad, the new experiences gained, and the new mistakes we’ve—hopefully—learned from.

The Big Horns started with an idea. You select a place with a distinctive look for those interested in campus spirt and culture to congregate.

We pitched our initial ideas to Christian Pierce and a few other UMSU representatives. They were surprised that our proposal included props that we had stayed up all night to make in preparation for the meeting. I was impressed that Pierce was so approachable and he even joined our student group that week and became one of our strongest supporters and most loyal members.

As a group, we attracted a variety of third-party opinions. Some people loved us, especially the families of team members, while others would prefer that we just didn’t rock the boat. Change for a community is difficult and everyone experiences growing pains.

We developed a rivalry with the engineering band, who have accused me on several occasions of trying to copy their concept. I appreciate that they think of us constantly and I hope to see them stay for a whole game at least once before I retire.

We were ineffective at generating a rivalry with the Wesmen. They notice when we show up at their campus, but mostly they just think we are louder than they are and would prefer we cancelled the game as opposed to cheering against us.

We have found a proper nemesis, The UBC “Thunderturds,” who never fail to get involved in the cheering and beaking that occur at every game. Lexi Janovcik, from our Bison women’s volleyball team, demanded fried chicken be eaten in front of the Thunderbirds.

The Big Horn season started strong this year. We had a good turnout for the soccer game against Calgary, and the battle for Winnipeg against the Wesmen.

The Big Horn “grand poohbah,” Darren Sancartier, was master of ceremonies at our campus pep rally, a turnout of approximately 23 Big Horns, most of whom were new applicants. The season was looking prosperous and we had more potential members than any time before.

In an effort to make membership easier to attain, we offered it to members based on casual commitment over a period of a month. As a result, we gained many new people, but as the term continued we were losing memberships as fast as we were gaining them.

We failed to create lasting relationships with people as we had done in the past. New members entering the group didn’t feel as welcome, and we look forward to rectifying this next year.

When the Big Horns were at their peak performance, we had events every Friday including an informal lunch meeting in University Centre. With the campo and science lounges under construction, students didn’t congregate the same way they had before.

Our mandate was to create a nexus of campus spirit, and we have been successful in doing so. We want to continue doing charity work, attending social functions, competing against residences, gathering food for the campus food bank, and maintaining our attendance every week.

We look forward to seeing you all on campus. Please stop in and say hello, and participate in a new era of campus culture. In short, the state of The Big Horns is prosperous.

Tale of two teams on the hardwood

Bisons get swept by Cougars in men’s hockey