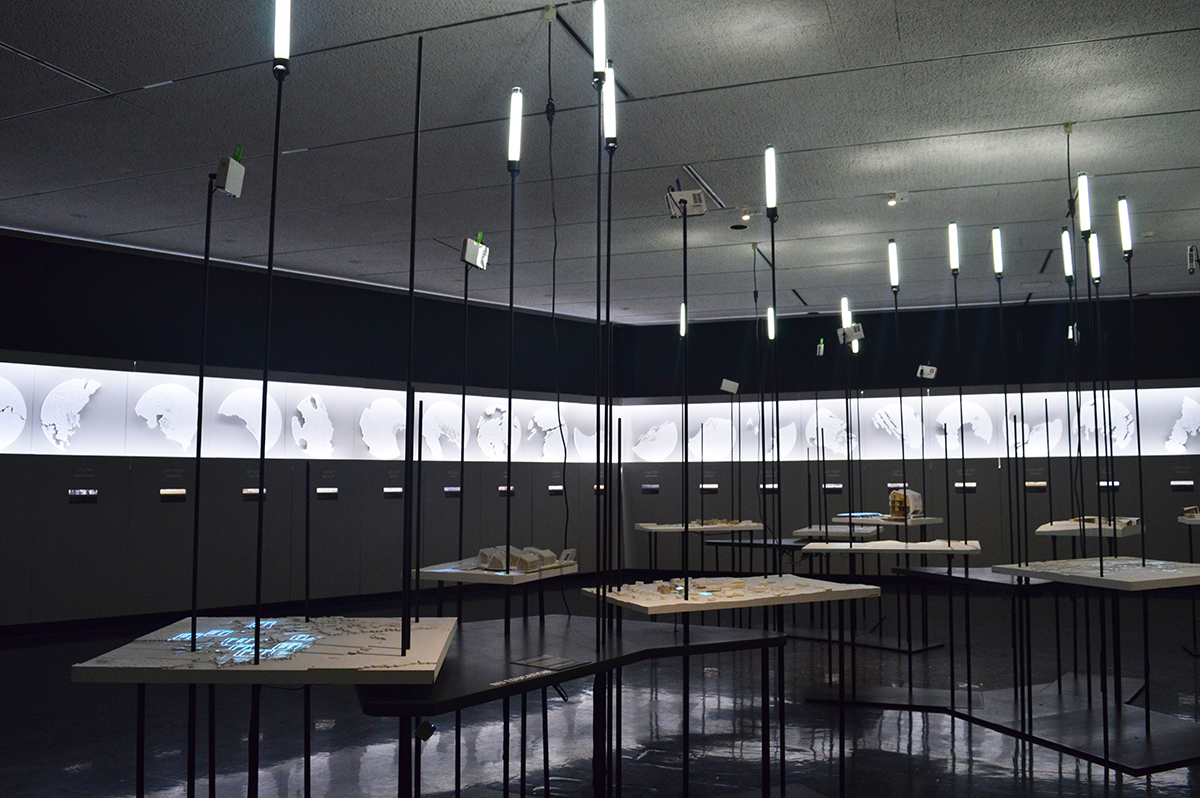 Winnipeg Art Gallery’s new exhibit, Arctic Adaptations, is receiving well-earned attention. The gallery’s director, Stephen Borys, continues to outdo himself in his choice of exhibits, having recently brought the Salvador Dalí exhibit to Winnipeg to great response, and the Greco-Roman exhibit currently being constructed is stopping in only two cities in North America – Winnipeg and Montreal.

Arctic Adaptations feels less like the work of a lone artist and more like a panoramic view of what the Arctic does, and will, look like. The majority of Canadians have not had the opportunity to travel as far north as the Arctic, making it feel completely removed from our attention or concern. Arctic Adaptations is one of the many efforts being made to close the gap between the northern and southern regions of the country.

The exhibit is monochrome. Fitting for describing a land that is made up of white snow and black water, the exhibit is comprised of black, white, and cool tones. The WAG curators have succeeded in setting a mood that is sparse and minimal, yet somehow inviting. The light that is present is strategically placed; backlighting adds to the coolness. Light in general is a large component of the exhibit, presented in different ways throughout.

One side of the exhibit displays a variety of buildings found in the Arctic. Soapstone carvings done to scale accompany photographs, depicting the wide variety of structures located in the North. Soapstone not only represents the structures, it physically connects the exhibit to the land it represents.

Past, present, and future are three distinct spaces within the exhibit. The past is illustrated on one wall, showing the beginnings of community all the way up to present day. There is also a diagram outlining when the North made contact with Europe, as well as when hospitals and schools were built and when specific communities began to take shape.

The time needed to take in the information is well worth it; life in the Arctic has a deep and intricate history that cannot be dismissed while tackling the current issues. Rich in information as it is, the design of the exhibit keeps it from feeling like an encyclopedia.

The present is illustrated around the contour of the room. Separate villages and communities are represented under moon-like pieces. To conceptualize what the village feels like, visitors can look into a slot and get, quite literally, a snapshot of the area. The photographs invite interaction, especially among younger visitors. The number of communities to see is another surprise. The Arctic is sometimes thought of as a place of little variation, or of little action, but the opposite is true – a feeling that resonates after visiting the exhibit.

Lastly, and most intriguing, is the future. Three dimensional models illustrating what the future holds for the Arctic in terms of education, recreation, housing, and arts populate the middle of the exhibit. The models are fascinating; they are entirely white, providing a background for the video projections above them. The cameras shine tiny snowmobilers and whales onto the models, bringing the vision to life.

The intricate details of houses, roads, and lakes have a way of inviting imagination to fill in the spaces, picturing the lives and activities that could happen there. Possibly the most satisfying model is the housing one, which includes a home cross-sectioned to show the rooms and stairs. In another section, a string of the same buildings is displayed along a river, illustrating what a neighbourhood might look like.

The exhibit is an excellent way to educate the city about what happens, and can happen, in the Arctic. It is an introduction for students of all ages to the complexity and dynamic nature of the Arctic; a vastly important lesson to teach to a generation that we hope will work towards resolutions. In addition, the beautiful minimalism is worth a look for art and design lovers.

Arctic Adaptations is on display at the WAG until May 3. Admission for students is $8.

Under the moon of winter are living stories