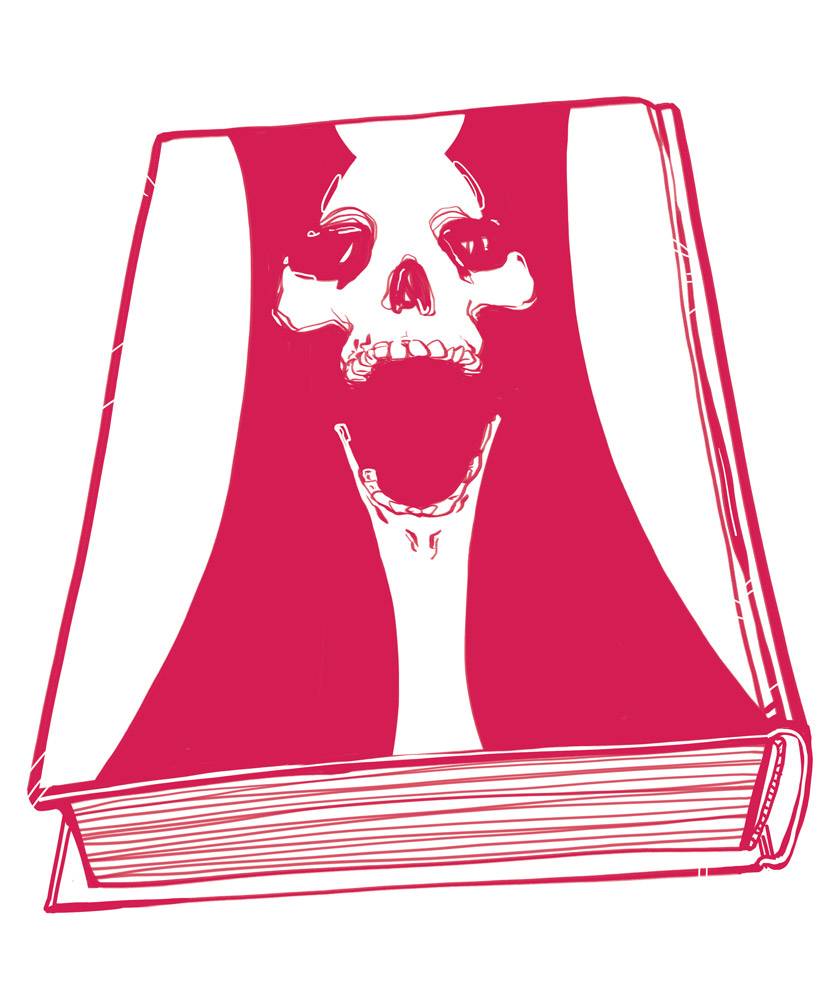 Tony Nesca admits his favourite type of writing, as a kid, were genres such as science fiction. As an adult, however, Tony writes short stories and poems that are dark and lyrical. Rather than searching for a publishing company that would take him on to write in his preferred style, Tony started Screamin’ Skull Press in 1994. In 2007, the company grew by one with the addition of Tony’s wife and writing partner, Nicole Nesca.

“We were both publishing online,” Tony said when asked how he and Nicole met. “We noticed each other’s writing and we started corresponding purely as fans of each other’s work [ . . . ] we were each other’s groupies first.”

Since then, both Tony and Nicole have published a number of works, including short stories, poems, and novels. They have also had the opportunity to publicize their work online, as well as travel around Canada and to the United States to do book signings.

Their distinct, melodic style of writing has attracted a significant fanbase that enjoys the contrast between the poetic language and the brassy content.

“It’s not short sentences the way Hemingway or Bukowski would write [ . . . ] the words flow down the page like music,” said Tony. “I was a musician first. I played in a band for many years, and the way I write is the way I play guitar, in a sense.”

Being a part of Winnipeg’s music scene gave Tony an appreciation for its vivid urban scene, making an appearance in the majority of his work.

“I’ve been told by people that have read my books that Winnipeg is like another character,” Tony said. “My latest book Crazy Legs is almost a love letter to Winnipeg, but about the gritty, downtown Winnipeg.”

Tony said he knows the city well after living in it for 20 years, and hanging around the neighbourhoods that populate his writing.

“I’m not blind to the city’s problems, but I think it’s a great place,” Tony said. “Other writers that write about Winnipeg always write about the farm on the prairies, but they don’t write about our huge downtown, and that street corner where people drink and do drugs.”

While Tony doesn’t suggest navigating to those areas of the city, he feels that Winnipeg writers should comment on it. Nicole writes about urban life as well, but having lived in Ohio for most of her life, her work comes from an American perspective.

For now, Screamin’ Skull Press remains a company of two. Even though the pair has been successful with sales and exposure, they are not ready to take on other writers quite yet.

“It costs a lot of money to promote and market,” Tony said. “It wouldn’t be fair to other writers not to be able to back them as a publishing company should, even an indie company.”

If things pick up, Tony and Nicole are interested in publishing works by other authors that are similarly minded, whose works cohere with what Screamin’ Skull Press has put out so far.

Works by Screamin’ Skull Press are available at Coles in Cityplace, McNally Robinson, and online at screamingskullpress.blogspot.ca