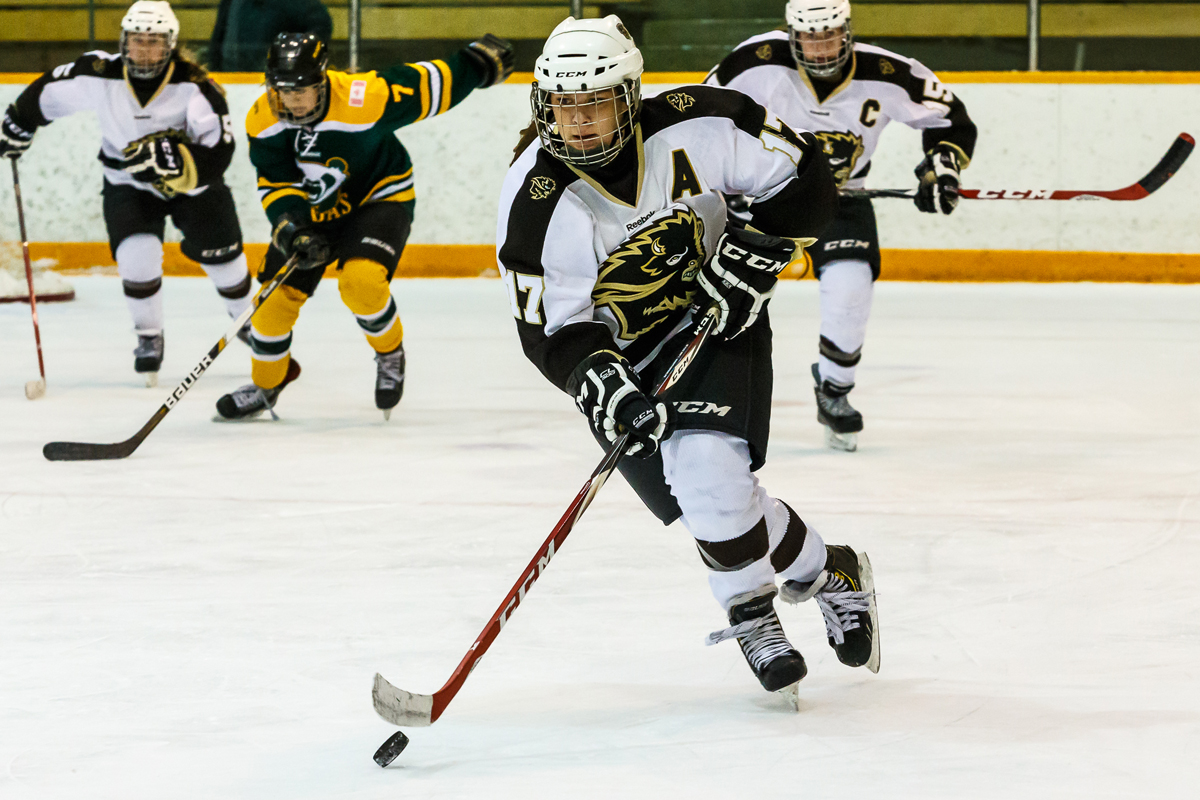 Leading the way for the Bisons this weekend were two rookie top guns, Alana Serhan and Alanna Sharman. Serhan played the role of overtime hero on Friday, burying herseventh goal of the season, and rookie Sharman discovered three is the magic number on Saturday, tallying a hat trick en route to a landslide win that saw the Bisons come within one point of the conference lead.

Friday night was highlighted by solid defensive play on both sides of the ice, while Bison goalie Rachel Dyck picked up 28 saves, including four in overtime in the victory.

First-year defenceman Erica Rieder opened the scoring early in the first, netting her first goal as a Bison with a strong slapshot from the point. Dyck held her ground through a flurry of chances in the second, turning away a breakaway and some solid chances up close. Regina tied the game early in the third, but eventually Serhan would give the Bisons the win, in the extra session.

Saturday night looked like it might be another tough battle, with the Cougars going up 1-0 early in the first period. It didn’t take long for the floodgates to open in the second period, however, where the Bisons took a commanding 5-1 lead. Forcing overtime was not an option for the Cougars, as they had no answer for the solid passing and finish of rookie forward Alanna Sharman.

“For sure we had a little vendetta to play better and it showed this game. We really wanted the three points last game. Them pushing us to overtime, we knew we had to have a better game, faster pace,” Litchfield-Medd said.

“Everything just clicked. Those 10-foot passes were on and the quick shots to the net. We just found the holes I guess.”

“It’s awesome. It’s nice having someone you can just give the puck to and she’ll put it in the net. Great kid off the ice too, she always comes in with a smile. She’s been a great addition to the team.”

The Bisons will take on the University of Saskatchewan Huskies on the road next weekend, looking to continue challenging the University of Alberta Pandas for the top spot. Game times are Friday and Saturday at 7 p.m.