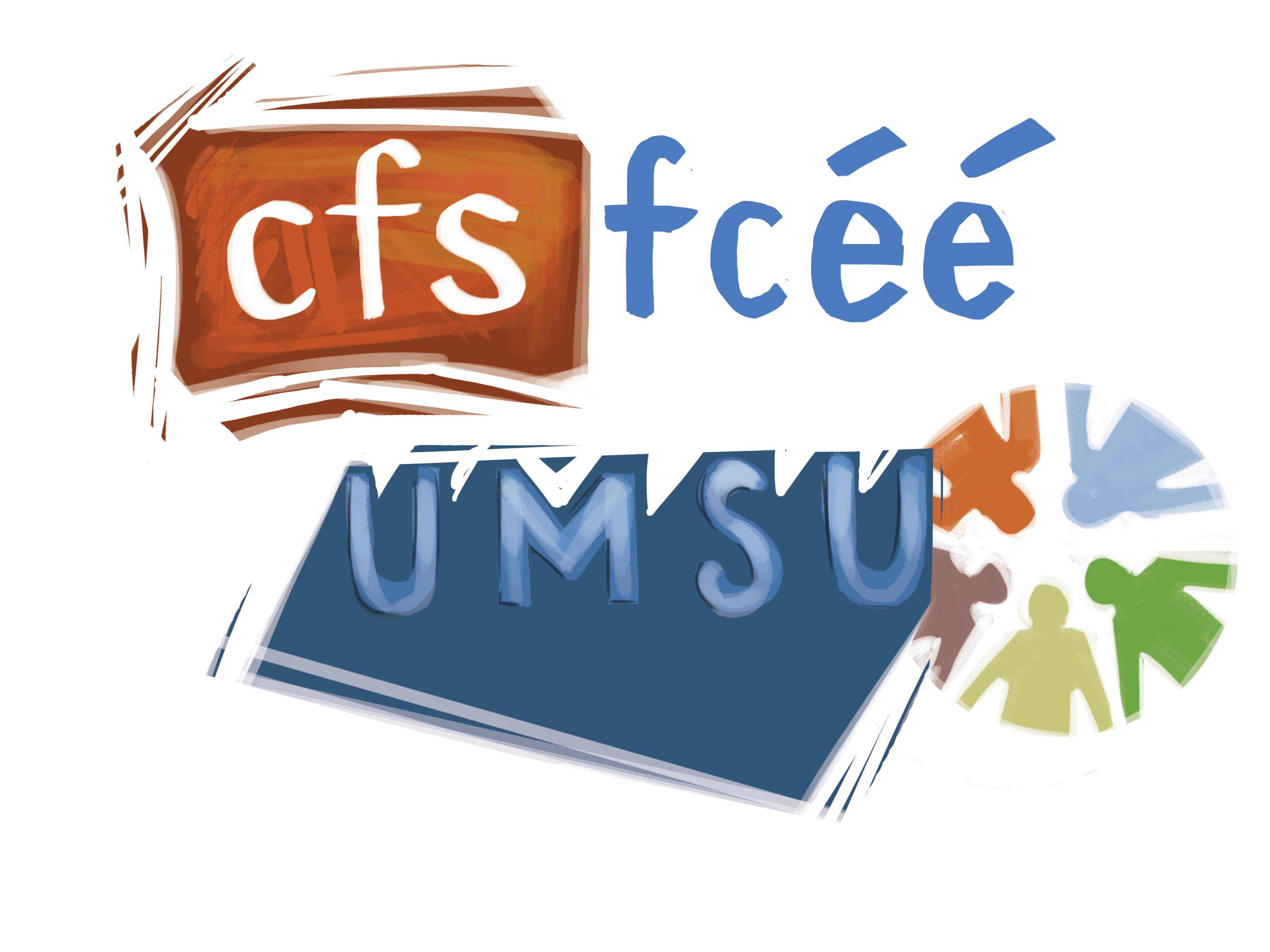 The University of Manitoba Students’ Union is refusing to hand over roughly $640,000 in student fees owed to the Canadian Federation of Students.

As local 103 of the CFS, the fees were collected by UMSU on behalf of the CFS. The UMSU executive is refusing to hand over the fees until the CFS meets certain demands, which they say the two unions have been at odds over since the beginning of the 2013-14 academic year.

All U of M undergraduate students are members of the Canadian Federation of Students, which includes the national wing and the regional wing. As members of CFS, all UMSU members pay fees to the student union and are eligible for services, and pay to support lobbying on student issues at different levels of government.

Students enrolled at each of the Fort Garry and Bannatyne campuses pay $7.10 per semester in CFS fees. The UMSU operating fee is set at $23.50 for each campus. Faculty, college, and residence fees vary, ranging from $7.75 to $27.75.

Turnbull’s take
In a September interview, UMSU president Al Turnbull said that UMSU had not paid the collected student fees to the organization because CFS had not responded to requests to turn over control of UMSU’s website and domain to the local.

“It’s not a secret. We’re not hiding at all why we’re withholding fees,” Turnbull said. “We straight up say, ‘When you respond to our other emails we’ll pay you. When you give us back our domain name we’ll pay you.’”

Turnbull said that efforts by UMSU to regain control over the student union’s website and domain date back to his first term as UMSU president. Christian Pierce, UMSU vice-president external, who has served on the UMSU executive with Turnbull since 2013, was tasked with contacting CFS and negotiating a deal to take control of www.umsu.ca.

Turnbull said that during last year’s fall term, Pierce was calling CFS on a daily basis. Turnbull suggested that he and Pierce were ignored.

“Finally we just gave up. And then we tried again this year with the new executive.”

When asked if withholding the fees was meant to be an act of defiance Turnbull responded, “I would actually go further and say that this is a respect act. We’ve asked for a couple things to happen, which are not unreasonable.”

The majority of their budget “is gone. And we’re quibbling over some seriously small stuff,” said Turnbull.

Turnbull defended the UMSU executive’s decision to withhold the fees as a reasonable response. He denied that it was part of any plan to leave the CFS.

“We’re not doing this maliciously. And we’re not withholding fees for no reason,” Turnbull said.

“If we ever wanted to leave the CFS—and this is super hypothetical—that is the absolute worst way to do it,” Turnbull continued. “If you want to leave you’ve got to follow the rules to leave. And not paying fees is definitely an easy one for a judge to look at. That is not a strategy for us to do anything maliciously, it’s actually a strategy for us to get things done.”

National’s response
In an interview in September, Brent Farrington, CFS internal coordinator, said that UMSU had not provided CFS with any explanation as to why the fees remained unpaid.

Farrington described the national office’s interaction with Pierce differently, suggesting that CFS was under the impression that the question of the domain had already been resolved.

“[Pierce] actually spoke to me at some point, probably in the late fall [2013], about transferring the domain name. It was explained to him that the entire website service was undergoing a transfer between hosting companies.” Farrington continued, “And so we provided notice that no domain could be transferred during that time but that locals would be billed for their domain. And so I believe that was explained to him. My understanding was that that was fine.

“I can tell you that, from a membership point of view, I’m not sure that that issue has been raised as a substantial concern and I don’t believe it was raised by the delegates at the [CFS national] general meetings that they’ve attended.”

Farrington acknowledged that communication between UMSU and CFS had deteriorated over the past year.

“All communications [to] UMSU about it have been ignored or not responded to,” Farrington said.

“There’s certainly no indication from them that they don’t intend to pay.”

Farrington said he expected that the financial impact would put a strain on resources and services offered by CFS-Manitoba for local students.

“Any reserves CFS-Manitoba has are likely quite low,” Farrington said, adding that the provincial organization was expected to administer and provide all resources and services, regardless of payments received.

“It’s certainly not the individual members who are not remitting these fees. They have in fact paid them and continue to pay them every semester. [The fees are] just not actually reaching the end destination.”

Kopp addresses regional relationships
Jeremiah Kopp, UMSU vice-president internal, spoke with the Manitoban in early January 2015, echoing many of the complaints made by Turnbull last term.

“The main issue that we have in terms of payment of our fees is the access to our domain and our website and the refusal to hand over documents that we should be allowed to access as a member local,” said Kopp, referring to the constitution and other governing documents of CFS, as well as the original signing document between CFS national and UMSU.

“We’ve requested them all and none have been provided to us.

“The CFS is saying it’s in response to us not paying our fees. But we have communication with them going back much longer than we haven’t paid our fees. Just ignoring us, refusing to respond to emails. The only responses we get are when it concerns the finances or the fees.”

Kopp distinguished between CFS national and CFS-Manitoba in the dispute. He praised CFS-Manitoba chairperson, Zach Fleisher, for efforts to reach out to UMSU.

“Zach Fleisher, the chair, has been very communicative and has always tried to reach out and has always done his best to be a liaison between national and our member local. So really we believe the problem is not with CFS-Manitoba – it’s with CFS national, in terms of them allowing us access to our domain.

“So I’ll just say on the relation side the ball is totally in their court. We requested certain things and we haven’t gotten them so we’ve said, ‘Okay, well we’re not going to pay for services that we don’t receive,’ so in terms of improved relations that’s where we’re at.”

Kopp said that UMSU would continue to hold CFS fees until the issue was resolved – including those collected at the start of the winter term.

“Until we have access to the services that we are supposed to receive as a member local we will not be paying for the services we are not receiving.”

CFS-Manitoba caught in the crossfire?
Fleisher said he disagreed with UMSU’s decision to withhold fees from the CFS.

Fleisher added that there are important conversations happening at the provincial level. “What we can look forward to, and I would hope that UMSU, at some point in time, sees the value of the work that we’re doing, and puts forward the fees that students have paid.”

Fleisher encouraged UMSU’s representative on the provincial executive of CFS-Manitoba to raise those issues consistently. “They need to be bringing that up in an official context.”

Turnbull confirmed this during an interview with the Manitoban but said that the current UMSU executive did not feel it was a worthwhile investment of their time.

Fleisher expressed a desire to see a resolution to the fee debate. In regards to the impact the dispute has on the work of CFS-Manitoba, Fleisher said that they are operating on a much smaller scale in terms of budget.

“By working with other organizations and working to empower students I think we’re kind of navigating these budgetary pressures as we see them right now.”

Fleisher denied that there was a financial breaking point for CFS-Manitoba if the issue was not resolved soon. He said CFS-Manitoba has made cuts to their spending in order to avoid going into debt.

“I think what we’ve done is we’ve kind of readjusted our budget to best work within our current financial situation.

“In the long term I think we’ll have to look at models that work for us but as of right now, I feel we’re getting the work done that we need to do. And students are seeing that,” Fleisher continued, “in terms of the policy changes at the provincial level and seeing the emergence of student action networks on their campuses.”