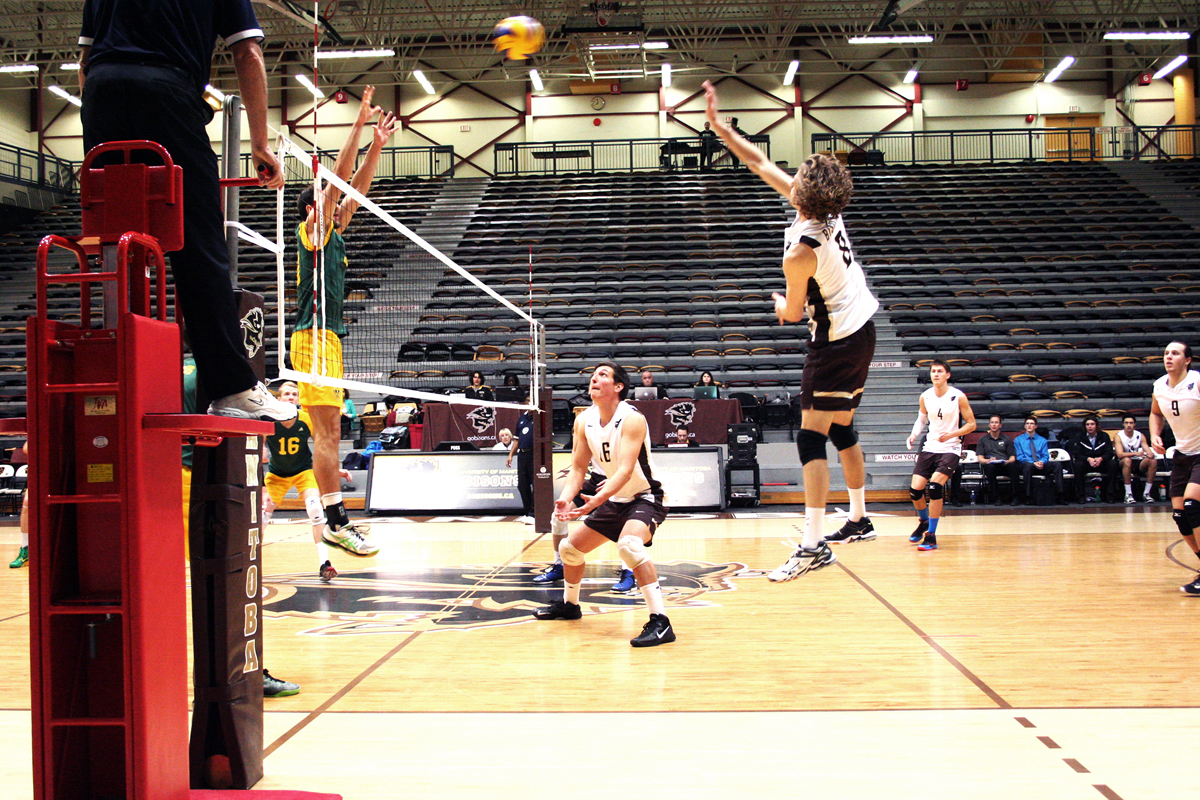 The double header carried with it serious playoff implications for the national champions who are currently fighting forseventh in the conference, the last playoff spot in the Canada West. Despite dropping Friday night’s matchup, Manitoba picked up crucial points in a 3-0 sweep of the Pandas on Saturday night, drawing even on the weekend series.

When asked about how her team responds to a tough loss, starter Dobie confidently replied, “have a quick memory.” Dobie continued by saying,  “there’s nothing you can do about it now. We’ll all go home, have a good night’s rest, leave it away in our dreams and come back tomorrow, do a short little practice and prepare for the next game. That’s all you can do.”

Needing a win this weekend to continue their push for playoffs, the Bisons responded in emphatic fashion in the rematch.

Saturday night saw Manitoba  rally to earn an exciting 3-0 sweep of the Pandas. Cockrell found her way offensively, nailing 25 kills. Sarah Klassen would add eight kills, and Jordana Milne picked up seven kills, including what might have been the hardest hit of the night. The Pandas had to call a time-out, likely to talk about how impressively hard Milne just smashed the ball.

Defensively, Dobie led the Bisons with 14 digs, with Habing and Milne adding 13 and eight digs, respectively.

Saturday night saw the Bisons play a solid game all around, with libero Alex Strachan making several sprawling dives to save the play and Herr slamming down five service aces.

Playing in front of a large crowd, the Bisons energized the fans in attendance with a solid performance. Offence was spread out evenly, with Dear, DeJonckheere, and Kevin Falconer picking up 11, 10, and nine kills. Strachan led the way defensively, making nine digs in a strong performance.

Saturday’s win was big for the Bisons, who are currently battling several teams for a playoff spot. The Bisonssit tied for sixth in the Canada West, but are only a few points ahead of theeighth and ninth place teams, and a few points behind thefourth andfifth place teams.

With three weekends left in the regular season, each game is starting to feel like playoffs.

Manitoba will be on the road next week to take on the University of Saskatchewan in another critical matchup.

Looking ahead to the fall