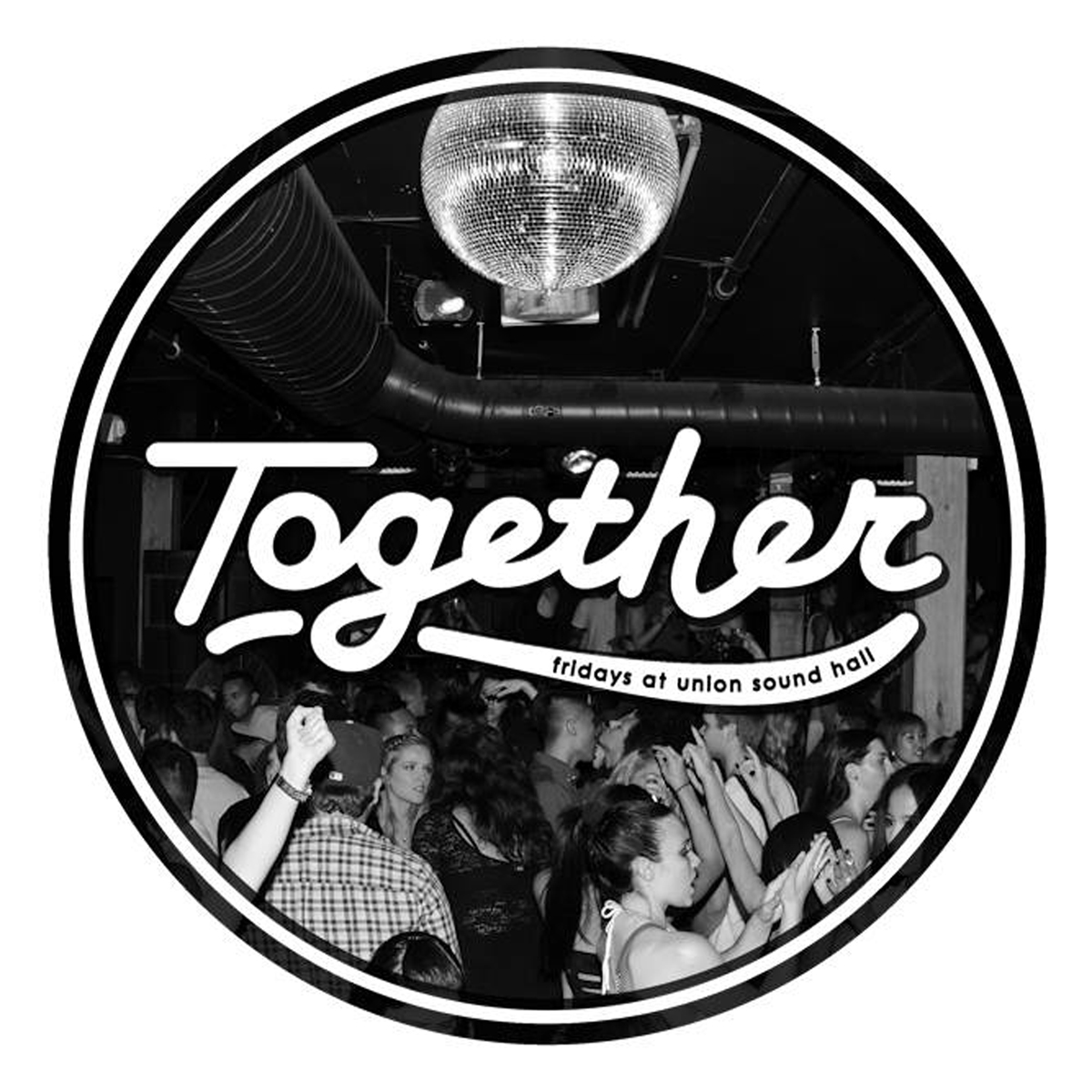 Themed events are a big deal in Winnipeg. Devotion, Big Dancing, Grippin’ Grain, New Music Wednesdays, and, more recently, Locals Only have all become semi-regular theme nights around the city – each with their own following of fans. Building a following requires consistent marketing and promotion, as well as providing an atmosphere worth remembering. Add in some talented performers, and the crowd will follow.

Josh Smith, an organizer of Union Sound Hall’s Together event, explains that there’s more to it than branding. Together has been taking place since September 2013, shortly after Union opened, and has seen success from the beginning.

“You come for the vibe. The energy is amazing, everyone’s dancing, and the staff is awesome,” said Smith.

Together happens every Friday night and sees regular performances by DJ Lambo and DJ Drux, as well as guest DJs. Smith says they kill it every time.

“We definitely have a core group of people that have been there from the beginning,” said Smith. “But it changes around them. There’s always a different feel to the night, and our DJs are good at picking up on that.”

According to Smith, Together is the only weekly event that’s been promoted using social media and an easily recognizable logo, while most other branded events in the city happen monthly. The branding is what gets people in the door, but the feel of the party is what gets them to come back.

“It’s different than most bars,” said Smith. “The vibe I get from it, which a lot of people have agreed with, is that it doesn’t really feel like a bar. It feels more like a basement or something more casual than being out.”

People know what to expect when they’re coming to Together, which makes them feel more comfortable than they would going out for a regular bar night.

“They know this is what Fridays are for; they’re not going to come and be shocked at what’s going on,” said Smith.

Knowing what to expect plays a big part in what makes these repeat events successful, but Smith, hailing from Toronto, agrees that Winnipeg likes its themed events.

“There’s a sense of griminess and simplicity to Winnipeg that people like,” he said.

“All of these events have no dress code, it’s really relaxed, and you don’t have to buy bottles or spend a lot of money. It’s not a show, it’s an atmosphere.”

Although Together has been taking place for just over a year, it has survived an impressively long life. Most themed nights tend to gain popularity for a couple of months before they come to an end. Success depends on a balance of familiarity as well as keeping things fresh.

Smith says bringing in DJs from other places brings in a new mood to the evening.

“Winnipeg’s on an uprise, and we have to guide it.”