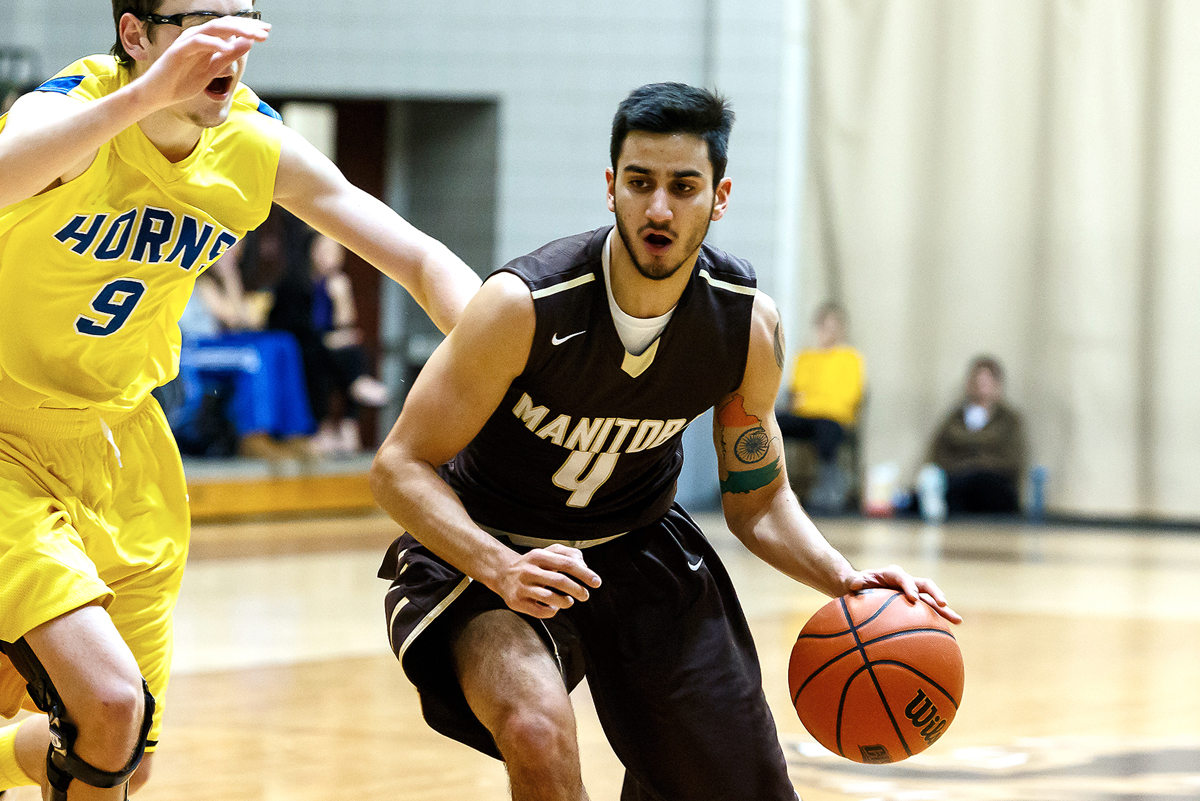 AJ Basi has always had a love for the game of basketball. Born in Toronto, Basi grew up watching both his older brother and the Raptors play, which began to pique his interest in the sport. Once he moved to Winnipeg at age nine and saw a Wesmen game, he was hooked.

“My cousin played for the Wesmen, and I always went to a bunch of games,” Basi said. “The first time I watched them play, ever since then, I’ve wanted to play basketball.”

Basi stayed devoted to his passion, playing for Sturgeon Heights all through high school. He helped lead the team to a Junior Varsity (JV) title in grade 10, and was named to the Manitoba Basketball Coaches Association All Manitoba Team in his senior year.

Basi didn’t receive much recruitment attention outside of Manitoba, due to his small frame. Playing shooting guard and standing at just six feet, Basi wasn’t the tallest player, but that didn’t phaze him.

“Being undersized, you’ve got to work on different things and be that much better,” said Basi.

One person that believed strongly in his abilities was Bison basketball head coach Kirby Schepp, who coached the varsity program at Sturgeon Heights when Basi was still in JV, before moving on to the U of M. Once Basi committed to Manitoba, Schepp gave him some valuable advice.

“Schepp, when he recruited me, he wanted me to red shirt for one year right after high school, to work out all year, and put on some weight and strength. That helped a lot,” Basi said.

“Being a little bit shorter, it’s tougher to get your shots off. He said improve your range, and become a way better three point shooter, and be more consistent.”

The advice from a familiar face has paid dividends for Basi, who is now in his third year of eligibility, and has improved each year with Manitoba, including 2014/15. He currently leads the team in points per game, at 18.3, sixth in Canada West overall.

Basi is a great example of what hard work and commitment can do for a player. Despite being undersized, he is making a large impact for the Bisons. Not a good weekend for Bisons basketball