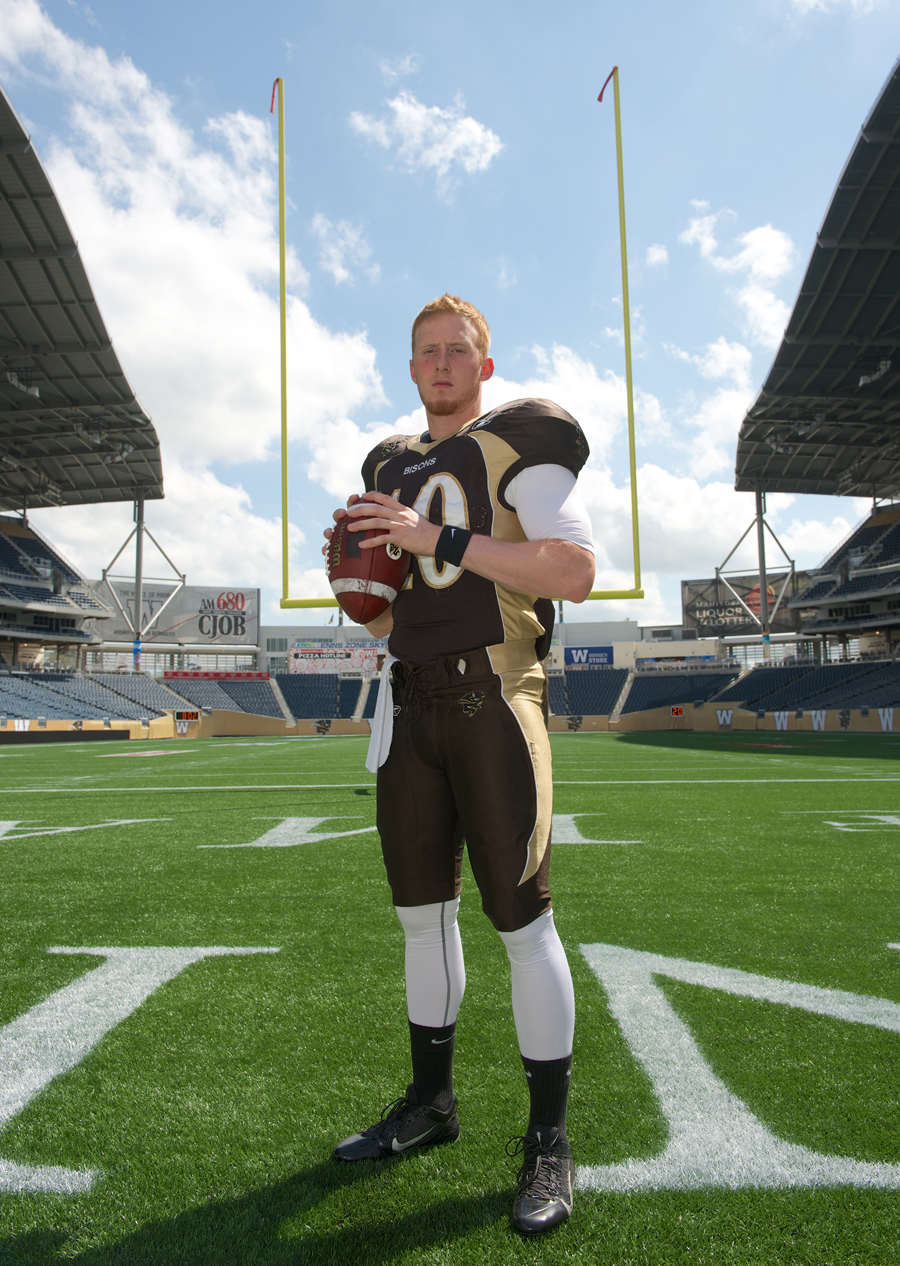 Life is different these days for University of Manitoba Bison QB Jordan Yantz. Forced to watch from the sidelines with a concussion suffered two weeks ago against Saskatchewan, Yantz now finds himself in a mentorship role to current pivot Theo Deezar. The Manitoban caught up with Yantz prior to the team’s final regular season game against Calgary this past Saturday, to see how things were going, both team- and injury-wise.

The Manitoban: What has it been like for you, having to be a spectator instead of being on the field?

Jordan Yantz: It’s horrible. It was my first game [against Regina] that I’ve ever missed in my entire career, so it was absolutely shitty. It’s tough when your team’s down and you can’t do anything about it. There’s something you want to do about it, but you can do absolutely nothing. It’s definitely a downer in that respect.

M: What are the major differences, if any, between the way you and Theo approach the game? Is there a mutual respect between the two of you, especially in regards to telling him things that you’re seeing unfold on the field, as an observer?

Yantz: I think it’s a little bit different, me being 24 and Theo being 20 – the fact of having more experience at that level, at different levels, and just simply football experience itself. One good thing about him is that when I’m telling him stuff, he’s definitely taking that and using it, which I think is a big respect thing that him and I have for each other. I think that he appreciates that, because of the success that I may have had.

M: Getting back to the team for a second, it’s been hard to find a consistent rhythm this year. Thinking ahead to the post-season, is there confidence in the locker room that you guys can go all the way?

Yantz: I think this year in the Canada West, no team is unbeatable. Anybody has a chance of winning, and that’s the cool part about it. I don’t think anybody wants us in the playoffs. Calgary knows that we can beat them, Saskatchewan knows that we can beat them. It’s a toss-up. I think that we, going into the playoffs, are the most underrated team.

M: What kind of thoughts will be running through your head once you return to the field if the team makes the playoffs?

Yantz: All I want to do is put my helmet on, and I can’t right now, and that’s the [worst] part. It’s tough for me to do something, and say something, when you can’t do anything. So when I get that opportunity on Monday when we make the playoffs to put my helmet on, there’s only going to be one thing on my mind, and that’s, ‘I have to win.’ I think that message will be said quite a few times when I get to come back.