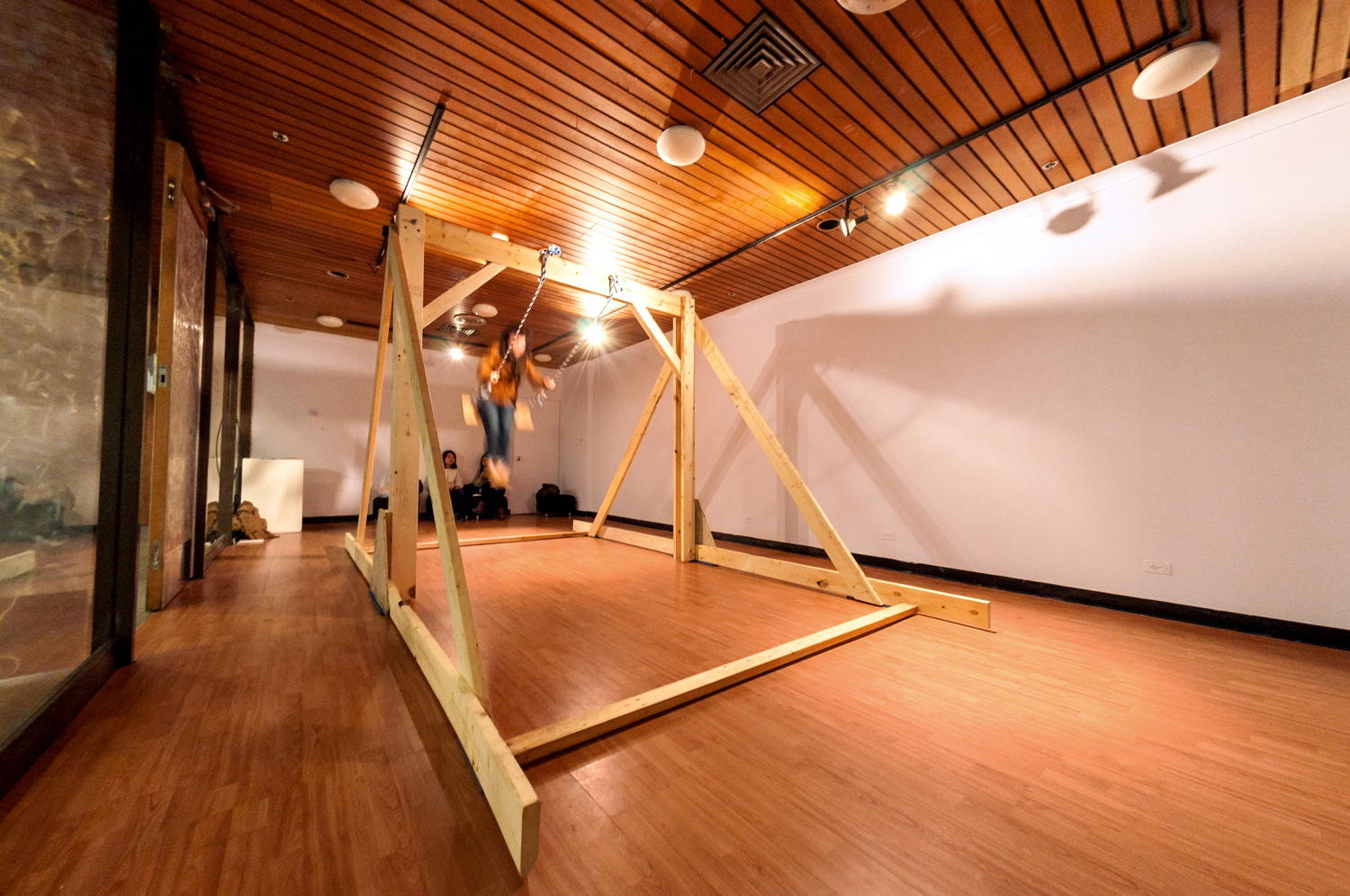 The Gallery of Student Art (GoSA) at the University of Manitoba has reopened after a temporary closure. Fine arts students and other students in arts-related faculties claim that the gallery will have to overcome major challenges after UMSU made budget cuts to eliminate a paid co-ordinator position in September.

The Gallery of Student Art’s $12,000 budget was trimmed down to $3,000 by eliminating its paid co-ordinator position, precipitating the gallery’s month-long closure. The co-ordinator was paid approximately $9,000 annually, with responsibilities that included planning and setting up exhibitions as well as co-ordinating all openings for the gallery.

The co-ordinator has been replaced with what UMSU calls the “GoSA ambassador program.” The program, which is run by UMSU services administrator Amanda Jonson, is designed to assemble a group of volunteers who can collectively run the gallery.

The volunteer base
According to third-year fine arts student Whitney Zyluk, the ambassador program has resulted in confusion among volunteers and has diminished the ability of the gallery to show quality exhibits.

“It’s all completely on the fly,” she said, adding that a paid co-ordinator gives the gallery professional management that volunteers cannot provide.

When GoSA closed due to unexpected cuts from UMSU, Zyluk and her friend Brooke Lychuk agreed to act as volunteer co-ordinators in order to ensure that GoSA would reopen.

Since their agreement with UMSU, Zyluk has attempted to balance school and a part-time job while planning and managing much of the gallery’s activities.

“We’ve had almost no volunteer applications; there’s no structure in place to deal with the applications we do get,” Zyluk said.

Nicole Flynn, a fourth-year honours student in fine arts at the U of M, had an exhibit displayed in GoSA last week.

The exhibit, which is part of a larger project titled “No More, No Less” which was included in Nuit Blanche Winnipeg, involved installing a swing inside the gallery. Flynn split the Emerging Voices grand prize from Nuit Blanche with another participant and U of M fourth-year fine arts student, Bram Keast.

“It’s devaluing to say that the [co-ordinator] position isn’t required; it’s like any professional job,” she said.

“With my work this week, I had prepared it all but it still took almost three hours to get it up and I had people helping me.”

Besides GoSA, the U of M and the University of Winnipeg both have curated galleries. The U of M has the School of Art Gallery in the Art Research Technology Laboratory, while the U of W has Gallery 1C03 on its main campus and the Plug In Institute of Contemporary Art Gallery in the Buhler Centre.

However, these galleries primarily display the work of professional and established artists – whereas GoSA is entirely student-based, Flynn said.

“It gives such a huge opportunity,” she said.

Kopp cuts to the chase
Jeremiah Kopp, vice-president internal for UMSU, told the Manitoban that cuts to GoSA were necessary and part of broader funding decreases for several student services.

Funding for the gallery is provided by UMSU’s Endowment Fund. The Endowment Fund is funded through student fees but is governed by its own Board of Trustees and operates independently from UMSU’s operating budget.

The University of Manitoba Students’ Union is classified as a non-profit organization while the Endowment Fund is a charitable foundation for regulation and tax purposes.

According to Kopp, the fund was created to ensure that critical student organizations like the U of M Aboriginal Students Association have stable funding. This means that those services are protected from the more volatile budgetary decisions of a non-profit like UMSU.

Kopp is attempting to restructure how the fund is utilized to ensure that UMSU services can only draw from interest on the fund’s capital reserves each year. This, he argues, requires some belt tightening until the full scope of money available for student services can be determined.

“We’re in this position where we need to restructure and make sure that it’s sustainable for the next hundred years going forward,” Kopp said.

“GoSA is the crown jewel of the services that UMSU provides. Nobody here is attacking the arts, and no here wants to reduce services to the arts, that is not the intention,” Kopp said during an the UMSU council meeting in defense of the cuts in reference to the gallery co-ordinator’s responsibilities being folded into the full-time staff position of services co-ordinator.

Faculty factors in
Cliff Eyland, an associate professor of painting at the U of M, is pleased that GoSA has reopened. However, he argued that a paid co-ordinator is necessary to ensure that the gallery provides opportunities to student artists to show their work in a highly visible, accessible location on campus.

“A co-ordinator really is the centre of the gallery and organizes publicity and assists students in how to put up work safely,” Eyland said.

“A gallery can’t just be a free-for-all. It’s not just a matter of hammering a nail and putting up a work.”

In September, the School of Fine Arts Students’ Association and students of other arts-related faculties proposed a motion to UMSU that would create a committee of students from various faculties to oversee GoSA to organize fundraisers and apply for grants to pay for a co-ordinator – independent of any financial support from the endowment fund.

“[The motion] directly contradicted existing UMSU bylaws and endowment fund bylaws and governance documents,” Kopp said, adding that the main issue had to do with the endowment fund being designated as charitable organization by the Canada Revenue Agency.

“You’re not actually able to have a staff member raising money for themselves [ . . . ] also people found it a little disingenuous that they would be raising money just for their own salary.”

Flynn said she is pleased that GoSA has reopened, but is concerned that the gallery does not have the capacity to do all that it used to do for students, such as organizing openings for exhibits.

“Every gallery will have openings as soon as a new show opens,” Flynn said, adding that the former paid GoSA co-ordinator, Kira Koop, used to facilitate those openings, which also act as crucial experiences for emerging artists.

“They’re huge events and they’re super important, too, because they give you a lot of exposure to the artists; otherwise you don’t know who the artist is.”