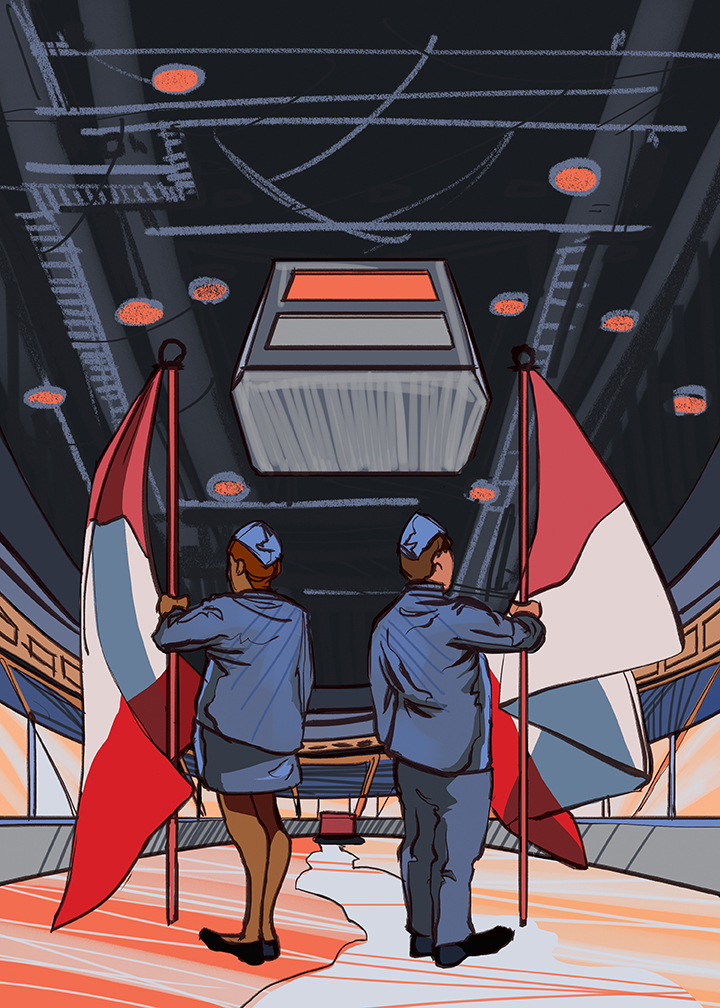 Canada’s national anthem can be heard at every game the Winnipeg Jets play. At home, and sometimes away, crowds full of enthusiastic fans shout “True North” much louder than they sing the rest of the words. This is followed by cheering. The “Shout out” is intended to acknowledge the contribution of True North Sports and Entertainment Ltd. (TNSE) to Winnipeg – the return of a professional hockey franchise. The “Shout out” devalues the anthem.

True North Sports and Entertainment Ltd. did not orchestrate this custom, nor have they actively encouraged its progression.

The tradition came to life soon after the Atlanta Thrashers franchise was bought by TNSE and the NHL returned to Winnipeg. The current phenomenon purportedly began with one voice at the Jets’ first season opener back in 2011.

In Canada the NHL voluntarily has the anthems of teams performed before games begin. The Government of Canada’s website says “there is no specific rule as to when it is appropriate to sing the national anthem at an event.”

The choice evidences a sense of patriotism.

As far as Manitoban institutions go, TNSE is amongst those most deserving of respect. The return of professional hockey to Winnipeg has given Winnipeggers the opportunity to gather and share experiences. True North Sports and Entertainment Ltd. has a charitable arm—True North Foundation—with deep community ties, demonstrating a commendable commitment to good works around the city. The corporation has done, is doing, and will continue to do great things for this city. Its reputation for upstanding corporate citizenship is well-deserved.

Singing the national anthem signals a sense of community, a feeling of kinship with all citizens of our nation. The insertion of acknowledgement of even the most worthy corporation acts counter to the purpose of the anthem’s performance. Emphasizing the role of a corporation while performing a ceremony meant to be a declaration of patriotism obfuscates the pride we take in being a part of this nation.

Freedom is as much at the core of being Canadian as respect. I am not attacking people’s right to free speech. It is proper that the choice of whether or not to interrupt the anthem is, as the Government of Canada holds, “left to the good citizenship of individuals.”

True North Sports and Entertainment Ltd. is a corporation; to purchase their products, be they tickets or Jets paraphernalia, is to be appropriately supportive of the organization. To scream support during Jets games or at nearly any other time is just fine. The benefits TNSE has brought to Winnipeggers quite rightly inspires more than just brand loyalty.

The True North Foundation runs numerous charitable events where Winnipeggers can further reward and encourage the behaviour of the organization. These build community.

Participation in hockey culture and community building events comes at no cost to Canadian values.

The custom of interrupting the anthem in favour of cheering for a corporate entity undermines Canadian values.

I am not saying that if you have shouted “True North” you have less pride in Canada. The intention behind the gesture’s rise to prominence, recognizing admirable action, is as laudable as TNSE itself. Musical memes are, by definition, catchy. Contemplation is seldom a sports fan’s duty.

I think it is Jets fans’ duty here, though.

Taking into account the nature of the symbolism involved, it is clear that there are more appropriate ways to say “Thank you.”

Backs against the wall